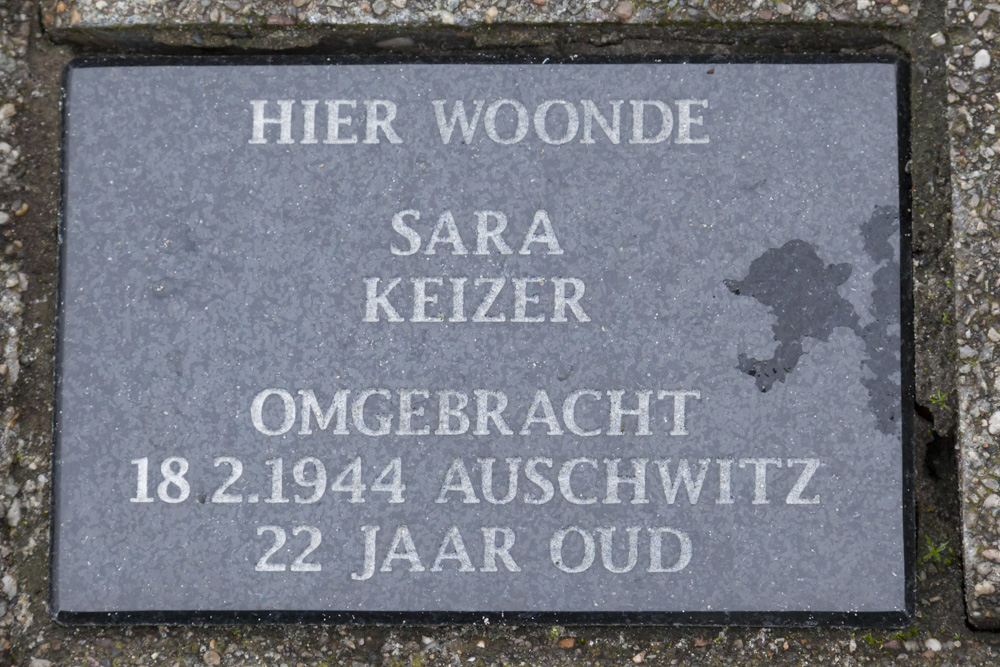 In Apeldoorn is a Memorial Stone for:
SARA KEIZER.