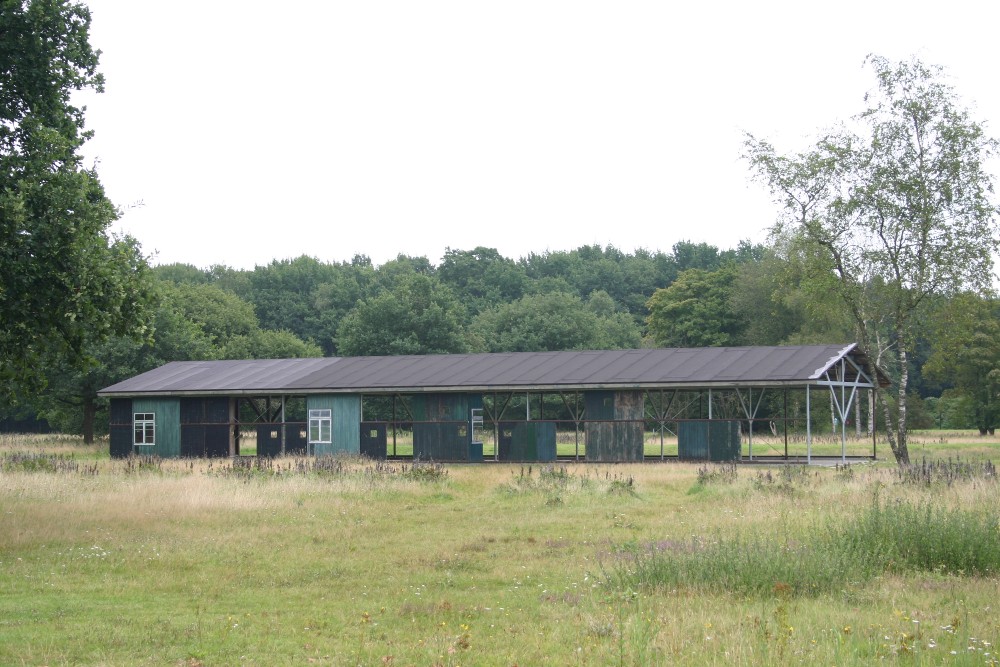 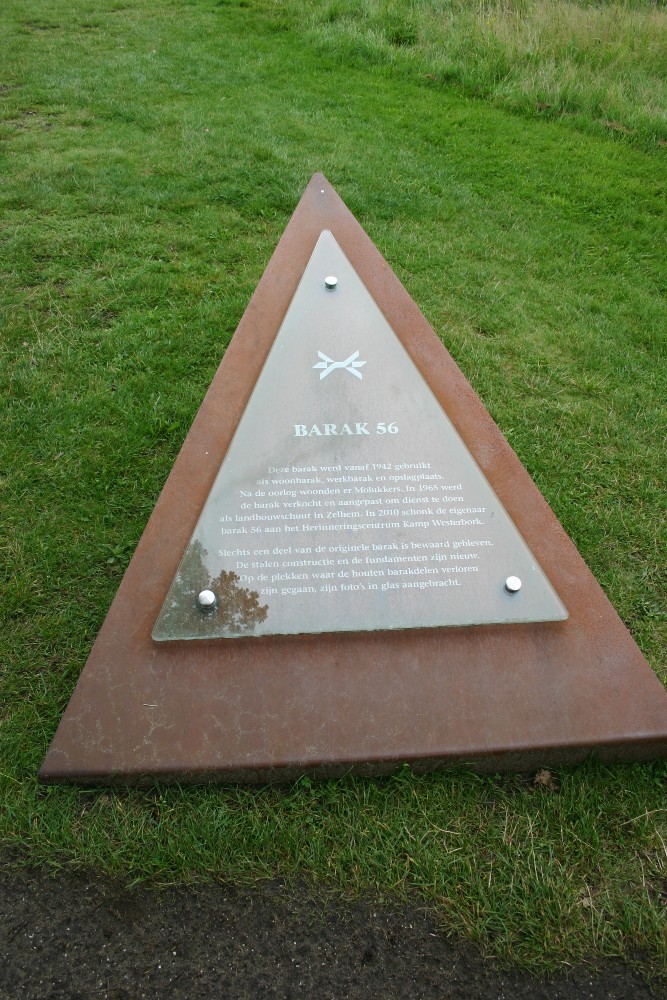 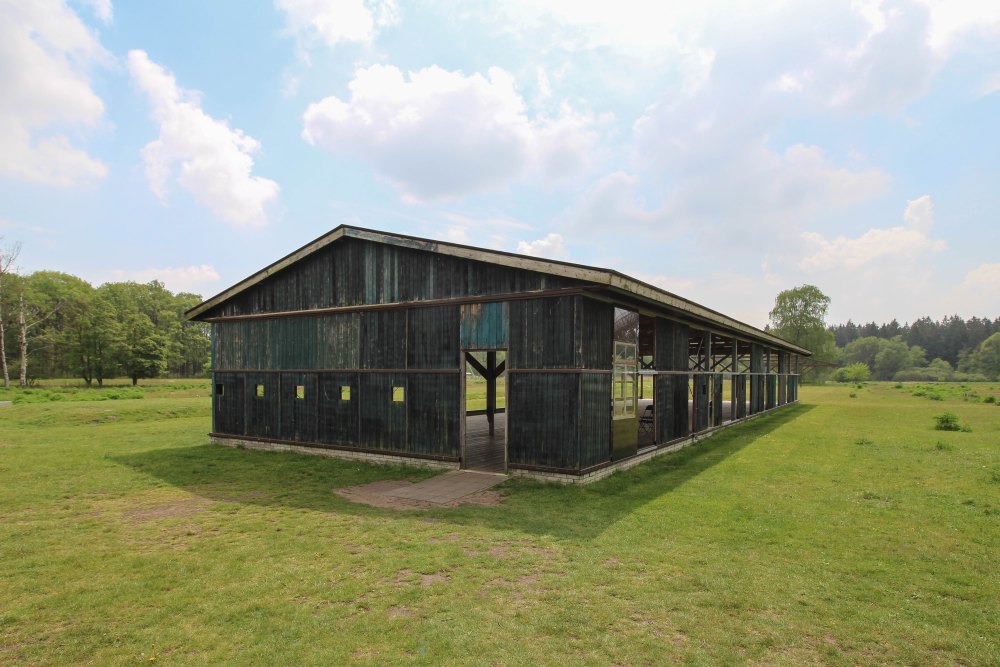 Barrack 56 was initially a residential barrack, especially for people who only stayed in the camp for a short time. In September 1943 it became an industrial barracks where, for example, prisoners demolished batteries. After the last transport on 13 September 1944, the barrack became a storage place for looted goods. During the Moluccan period, barrack 56 again became a residential barrack, converted into small apartments, supplemented by two buildings that served as a kitchen.