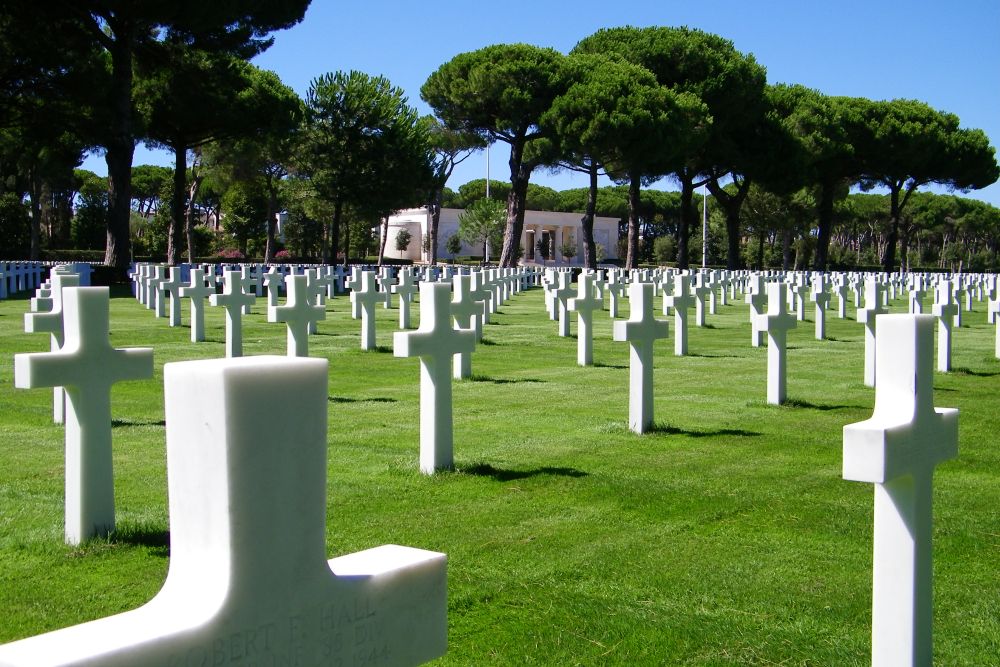 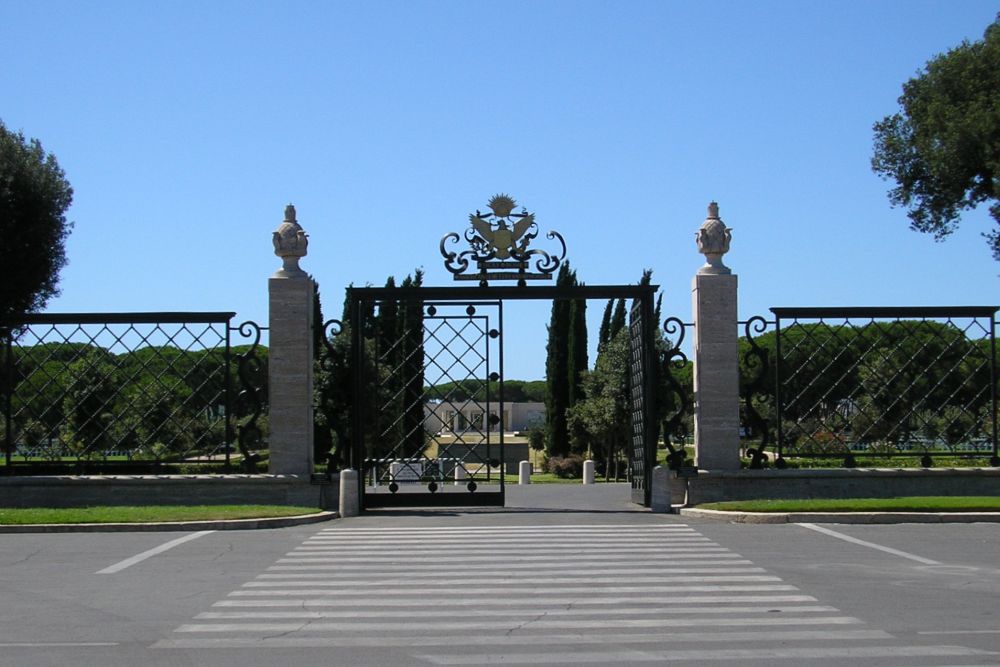 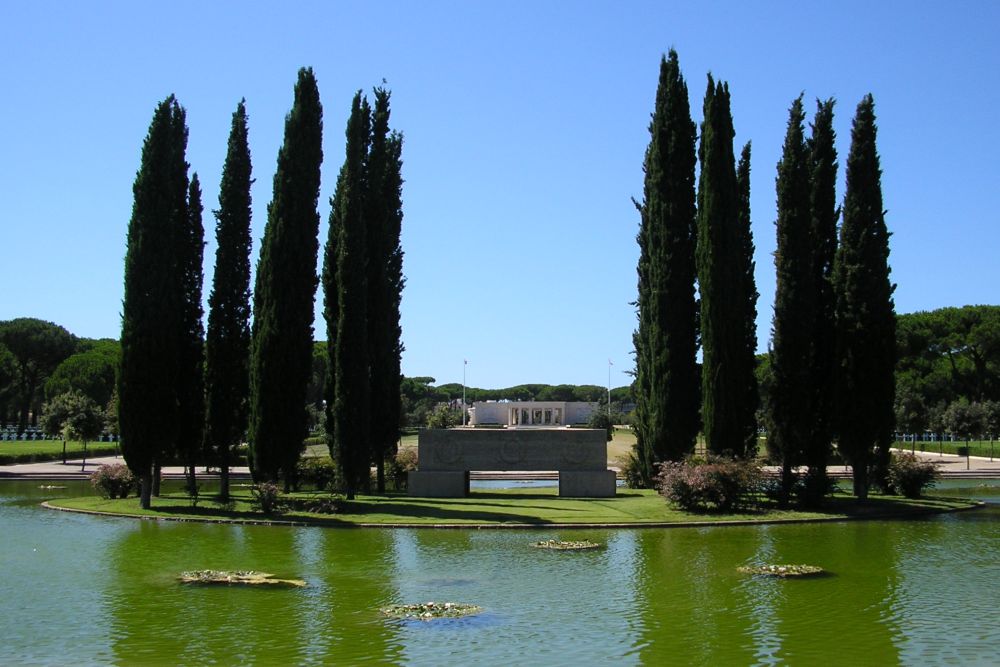 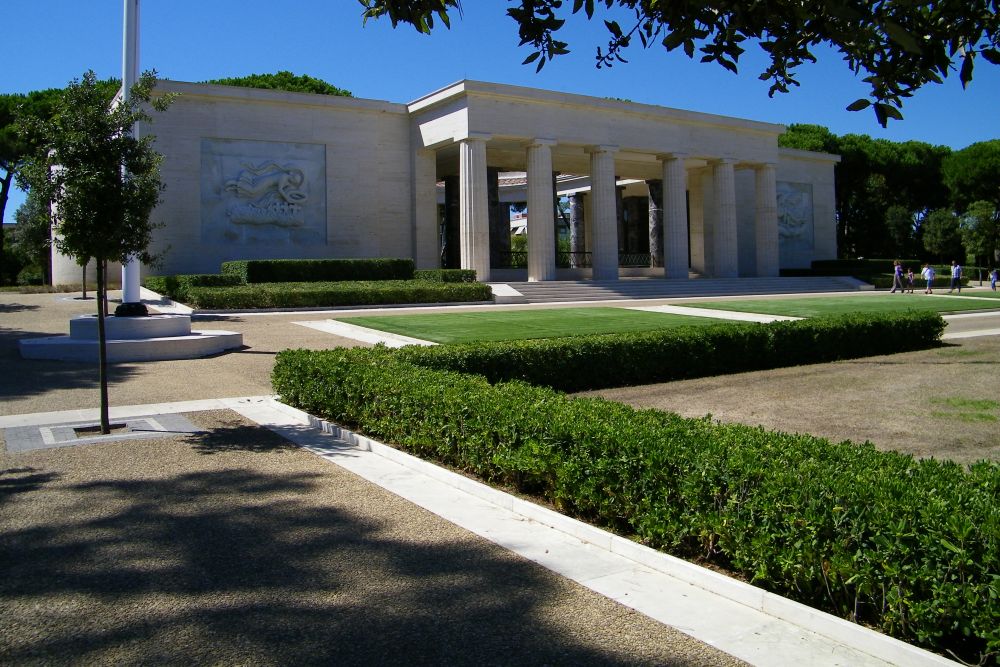 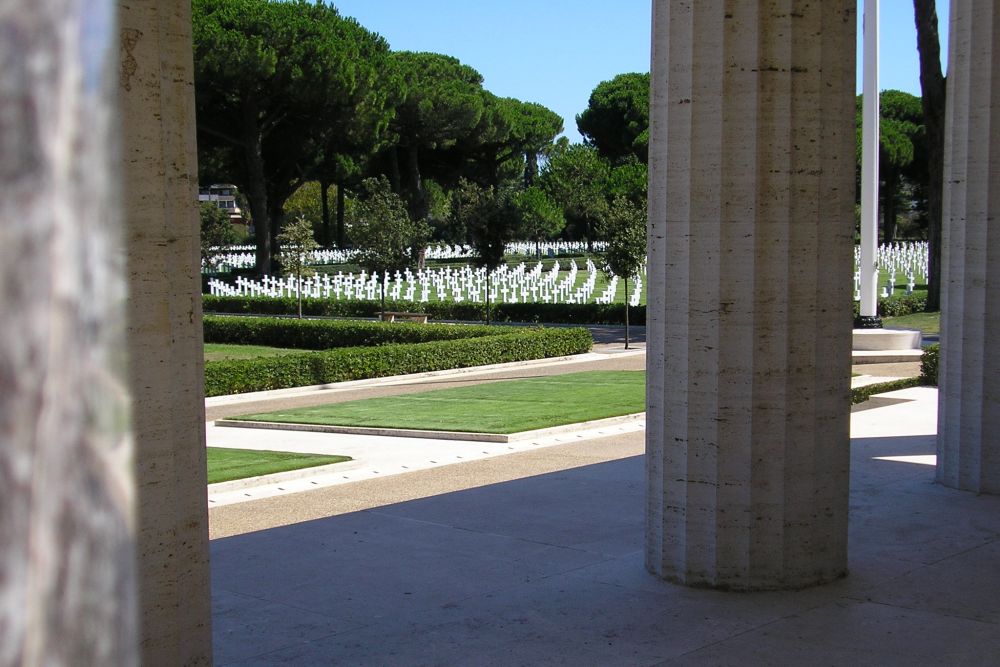 The World War II Sicily-Rome American Cemetery and Memorial site in Italy covers 77 acres, rising in a gentle slope from a broad pool with an island and cenotaph flanked by groups of Italian cypress trees. Beyond the pool is the immense field of headstones of 7,861 of American military war dead, arranged in gentle arcs on broad green lawns beneath rows of Roman pines.

The majority of these men died in the liberation of Sicily (July 10 to August 17, 1943); in the landings in the Salerno Area (September 9, 1943) and the heavy fighting northward; in the landings at Anzio Beach and expansion of the beachhead (January 22, 1944 to May 1944); and in air and naval support in the regions.

A wide central mall leads to the memorial, rich in works of art and architecture, expressing America's remembrance of the dead. It consists of a chapel to the south, a peristyle and a map room to the north. On the white marble walls of the chapel are engraved the names of 3,095 of the missing. Rosettes mark the names of those since recovered and identified. The map room contains a bronze relief map and four fresco maps depicting the military operations in Sicily and Italy. At each end of the memorial are ornamental Italian gardens.