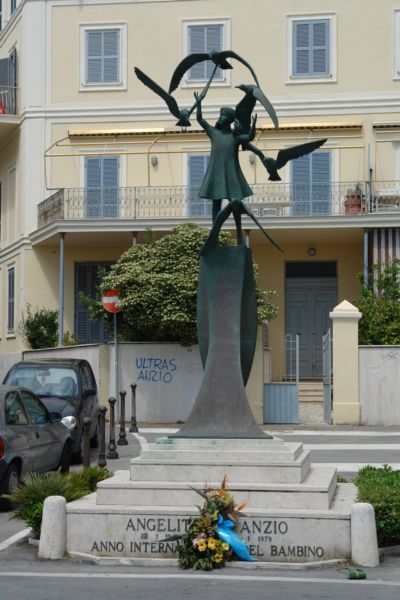 This memorial commemorates Angelita, a young girl found in January 1944 lost and frightened on the beach in the midst of heavy bombing. She was found by S.C. Hayes of the Royal Scots Fusiliers.

Hayes and his comrades adopted her for a few days but were unable to locate her family.

After some days the men left the child with the Red Cross and just minutes after leaving her, there was an explosion from a shell and Angelita was killed.

After the war, S.C. Hayes still attempted to track down her family, but he did not succeed. He and his comrades were not even certain that they had got the child's name correct. Because she stayed unknown, she moved into legend in Anzio.

On 22 January 1979, this memorial was erected for her and to commemorate all the innocent victims of war.

Monument For The Fallen Anzio - Anzio