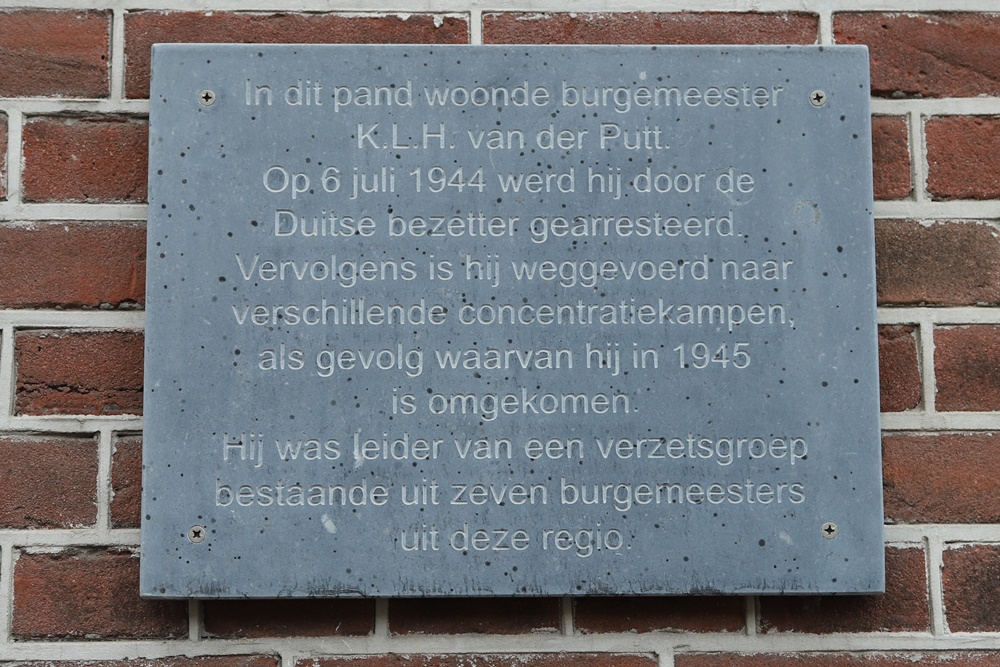 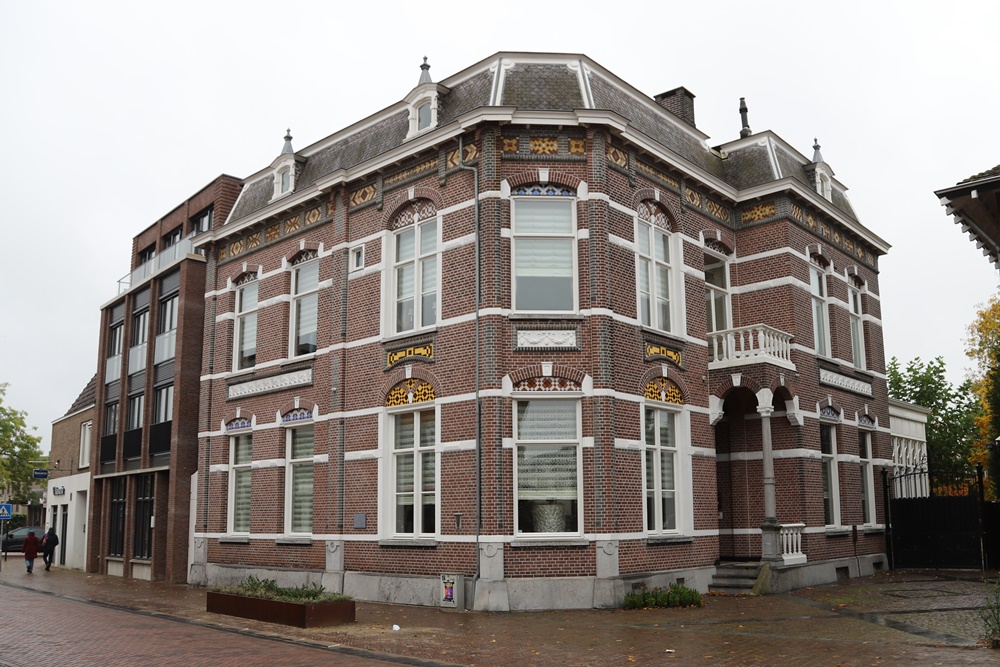 Plaque on the wall of the former mayor's residence at Heuvel 19 in Geldrop.

Text on the plaque:
"Mayor KLH van der Putt lived in this building. On July 6, 1944 he was arrested by the German occupier. He was subsequently transported to various concentration camps, as a result of which he died in 1945. He was leader of a resistance group consisting of seven mayor from the region."