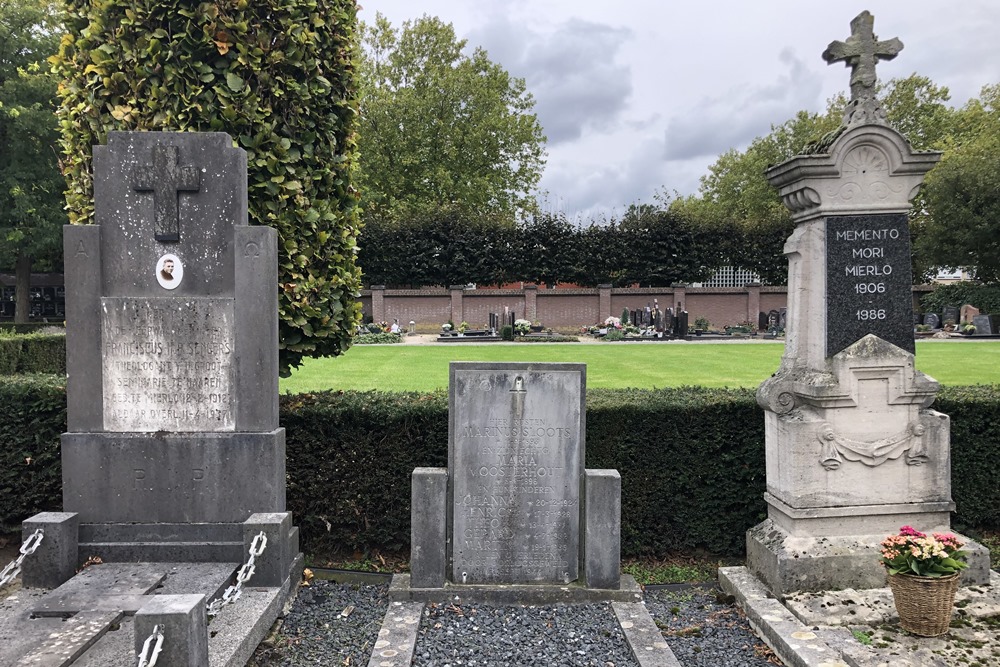 During a regrouping of the Allies during the liberation action of Mierlo on September 21, 1944, fierce fires were fired at German positions on the other side of the Eindhoven canal in the hamlet of Den Brand. From Het Oudven heavy machine gun fire was fired.

Neighbors had together made an air raid shelter to have shelter in case of danger. Artillery fire was probably also used and a thrown mortar shell ended up on their air raid shelter.

The Sloots-van Oosterhout family with five children, two neighboring boys (Alphons and Christiaan van de Reek), Antoon Verheijen, Gerardus Meulendijk and a Jewish girl, Henrica Kramer from Rotterdam, were killed in the grenade impact. A thirteenth victim was Daniël van der Putten. He was mortally wounded by 'gunfire' a hundred meters from there in another air-raid shelter, on the Kaldersedijk, after which he died a few days later in Eindhoven.

All victims were buried in a collective grave in the parish cemetery of Mierlo.

Fourteen bodies were buried in that collective grave. Mierlonaar Manders was shot dead in the Helmond city park when he passed there. He was buried in the grave as the fourteenth victim by the municipal authorities.

Let us remember these dead and make sure that these terrible times never come back.