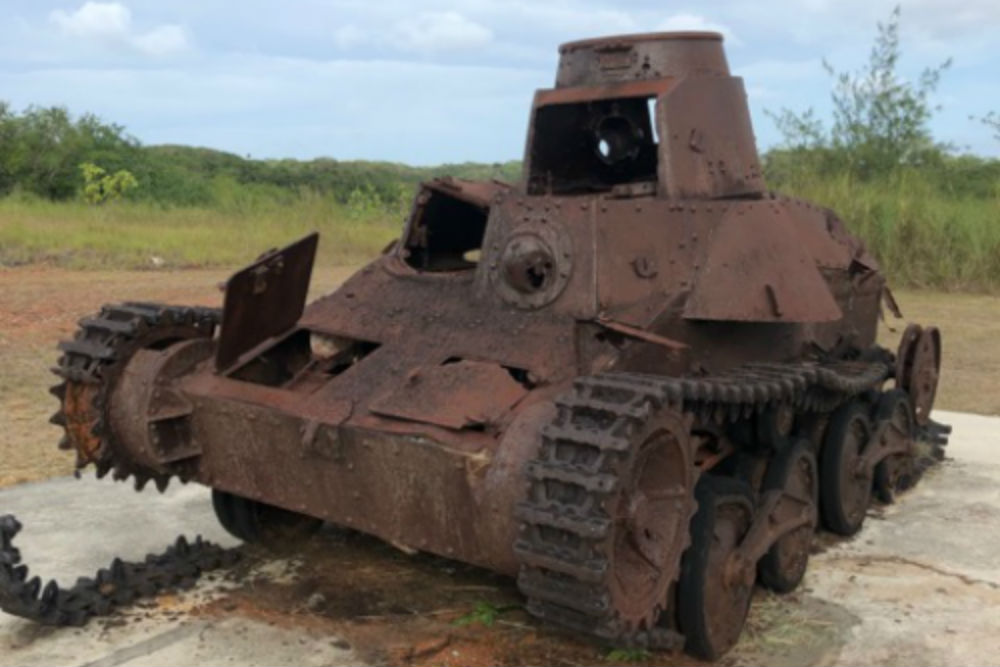 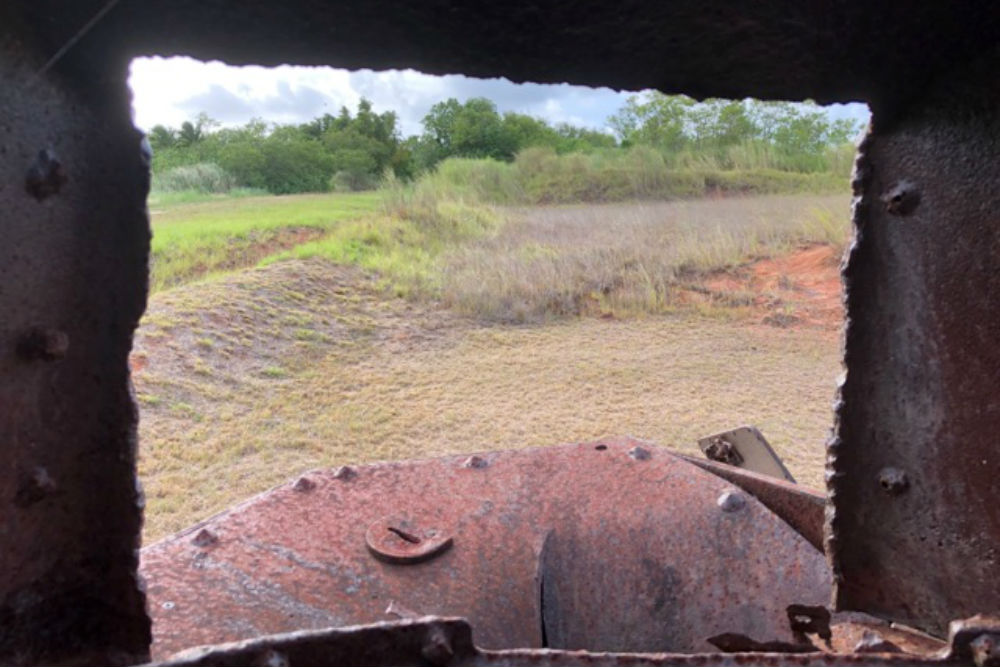 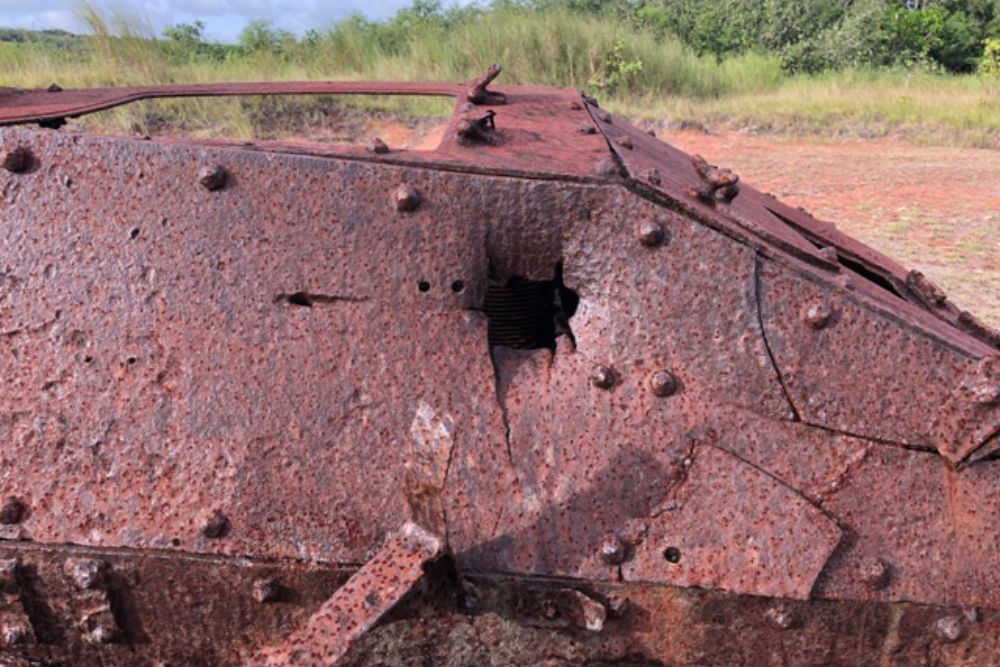 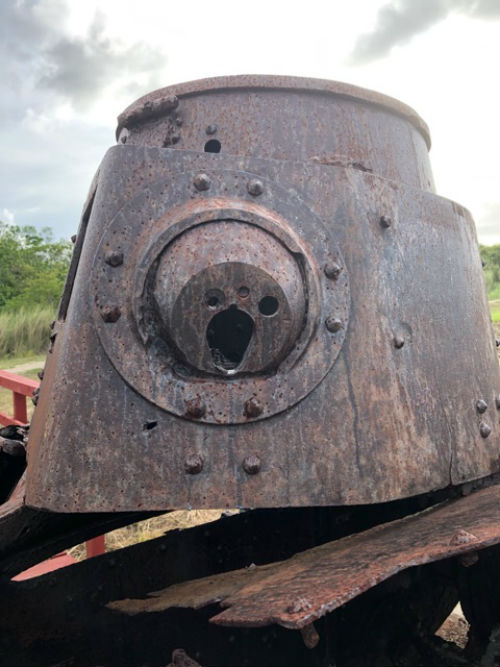 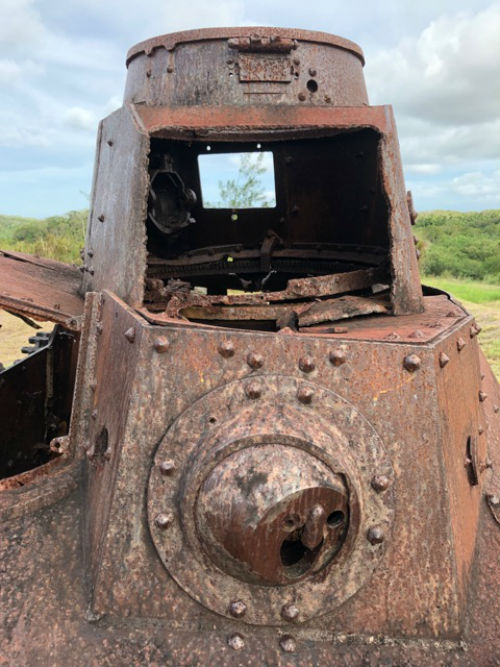 The Type 95 Ha-Gō was a light tank used by the Empire of Japan during World War II. It was sufficient against infantry but, was not designed to engage other tanks. Approximately 2,300 were produced from 1933-1943, making it the most numerous Japanese armored fighting vehicle of WWII. The Type 95 had a crew of 3; a commander, gunner and driver. The Type 95 was armed with a Type 94 37mm cannon and two 7.7mm Type 97 machineguns. The tank was powered by a diesel Mitsubishi 6-cylinder engine with a top speed of 28MPH on open road.

This tank was destroyed in 1944 during the Battle of Guam and was lost over time in the tall grass till it was discovered during an archaeological survey on the property of what is now Leo Palace Resort. Close review of the body shows many signs of action. This Type 95 is believed to be the last remaining Japanese tank on Guam. 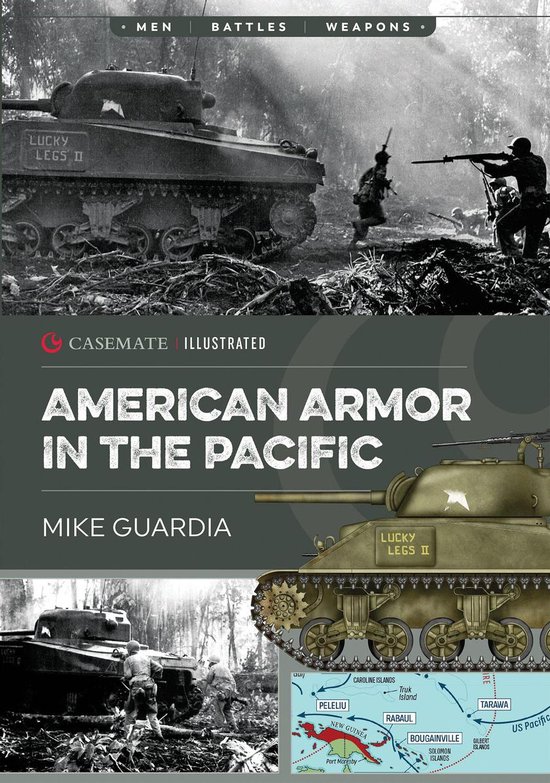 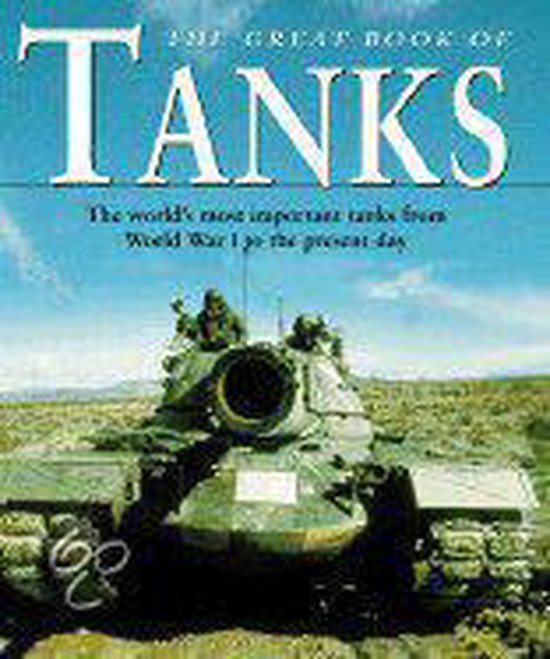 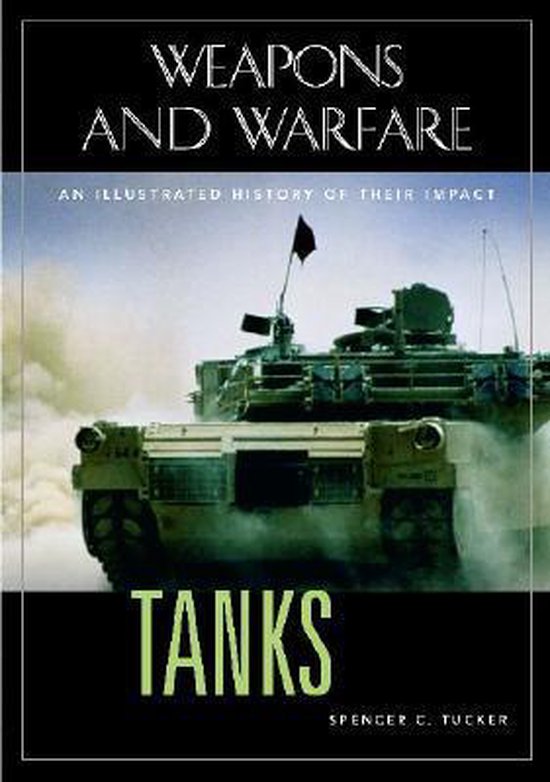