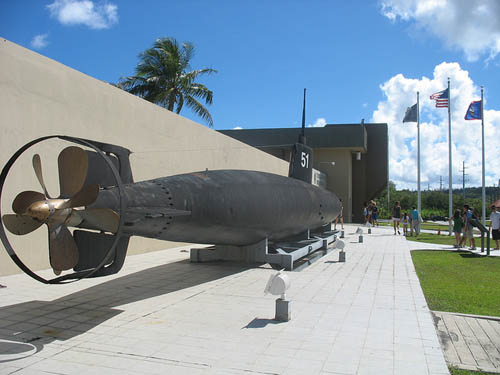 This Japanese type C class midget submarine with the serial number "Ha-51" is standing on display at the War in the Pacific visitors' center on Guam. The submarine ran aground off the southeastern coast of Guam. It was crewed by two Japanse soldiers, who held off the American troops for three days before surrendering. Only 47 type C classe midget submarine were built at the end of the Second World War, of which only 15 saw action.