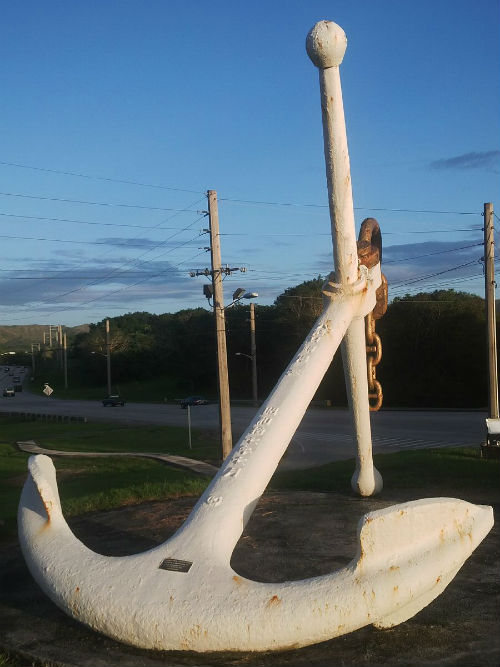 One of many Japanese mooring anchors found of Naval Base Guam (Santa Rita, Guam - Naval Base access required). While not part of the official Naval Base Guam Historic Trail they do offer a small piece of WWII Naval History. The Anchor located at the Base Welcome Map was recovered from Tanapag Harbor, Saipan by the USS WANDANK (ATA-204) in March of 1960. The anchor weighs about 14,000 pounds. This type of anchor in conjunction with a large buoy was part of a mooring system for large ships during World War II. The Japanese Kanji wording on the shank reads "manufactured during the Emperor Showa Period 17" (1942). Similar Japanese Anchors can be found on Naval Base Guam at Clipper Landing, Camp Covington, Polaris Point Beach and Across from the NBG Command Bldg.