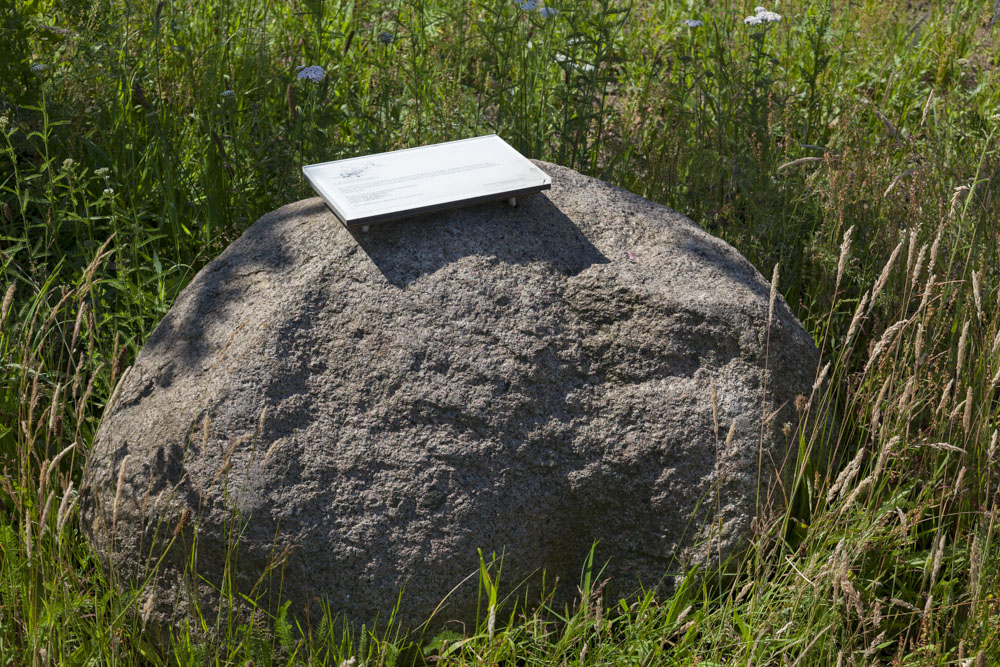 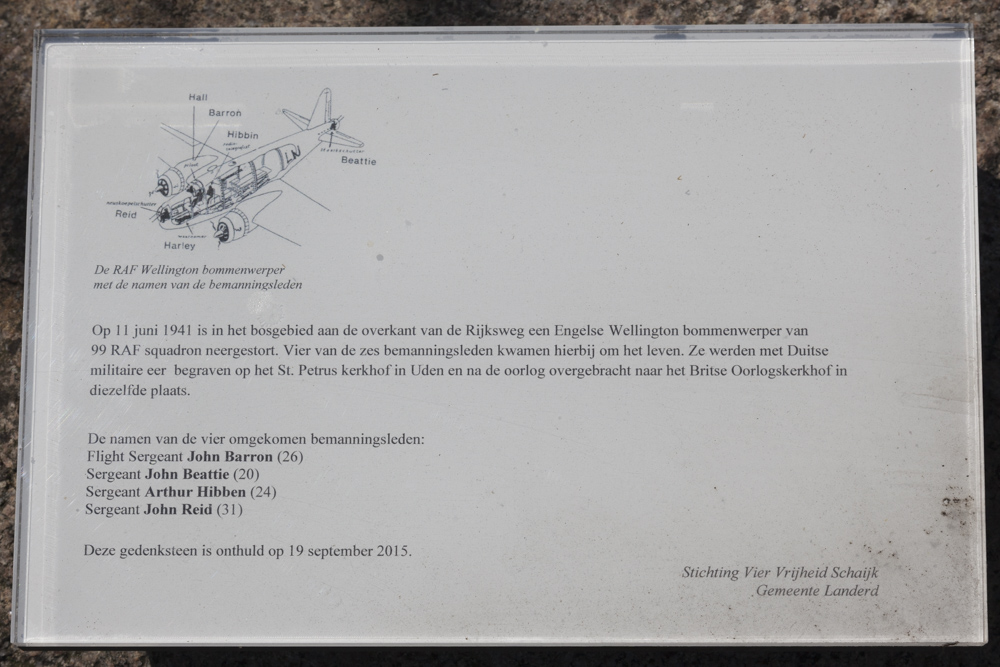 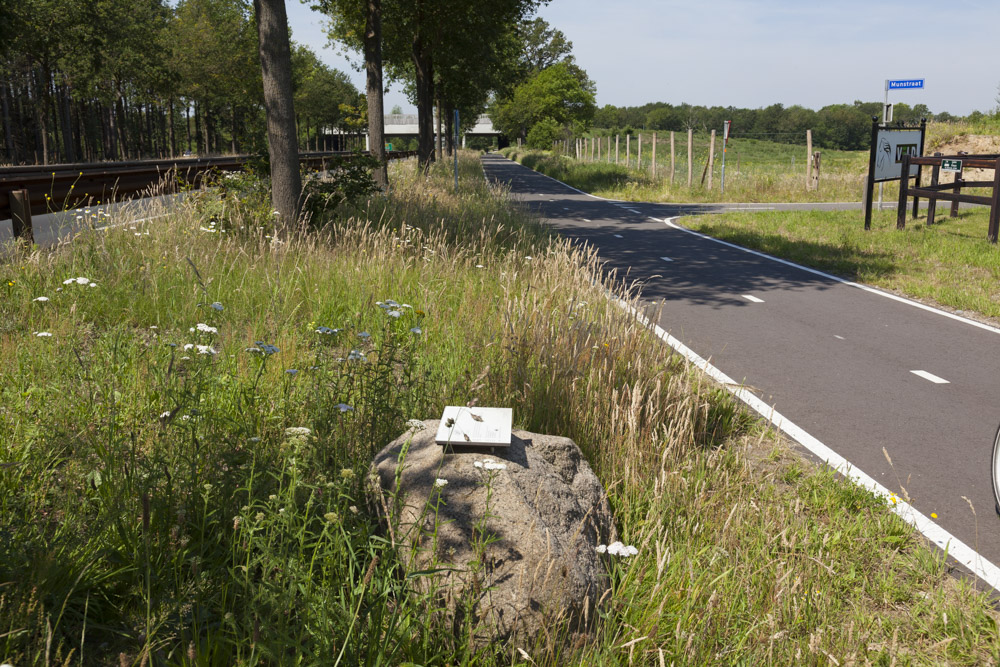 This memorial is located along the Rijksweg, close to the Musntraat. The text is:
On 11 June 1941 an English Wellington bomber of 99 RAF squadron crashed in the woods at the other sde of the main road. Fiour of the six crew members perished. They were buried with German military honor at the St. Petrus cemetery in Uden. Postwar they were reburied at the British War cemetery in the same town.