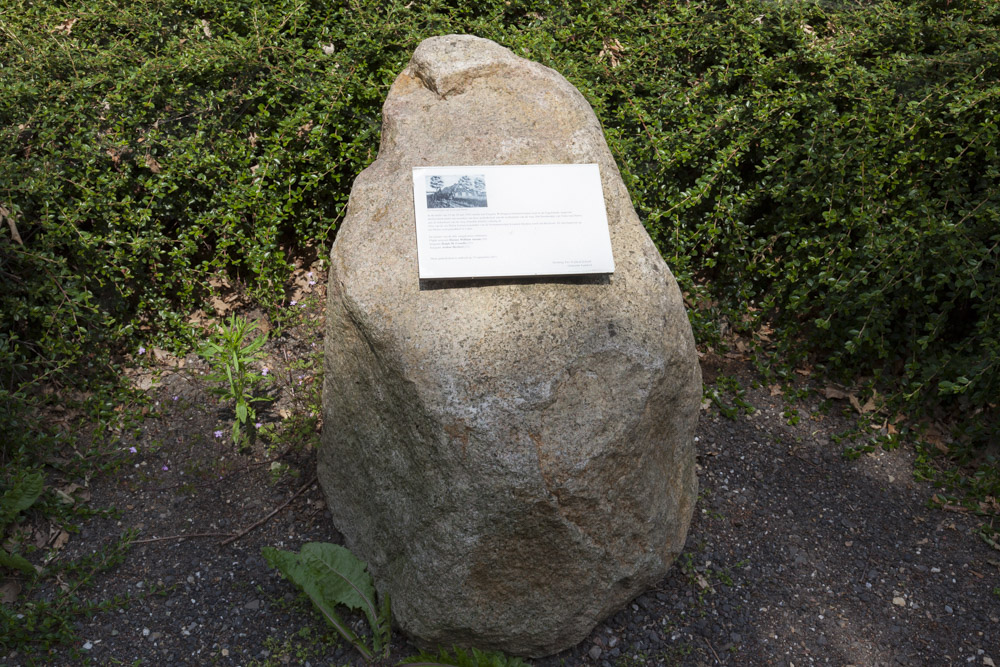 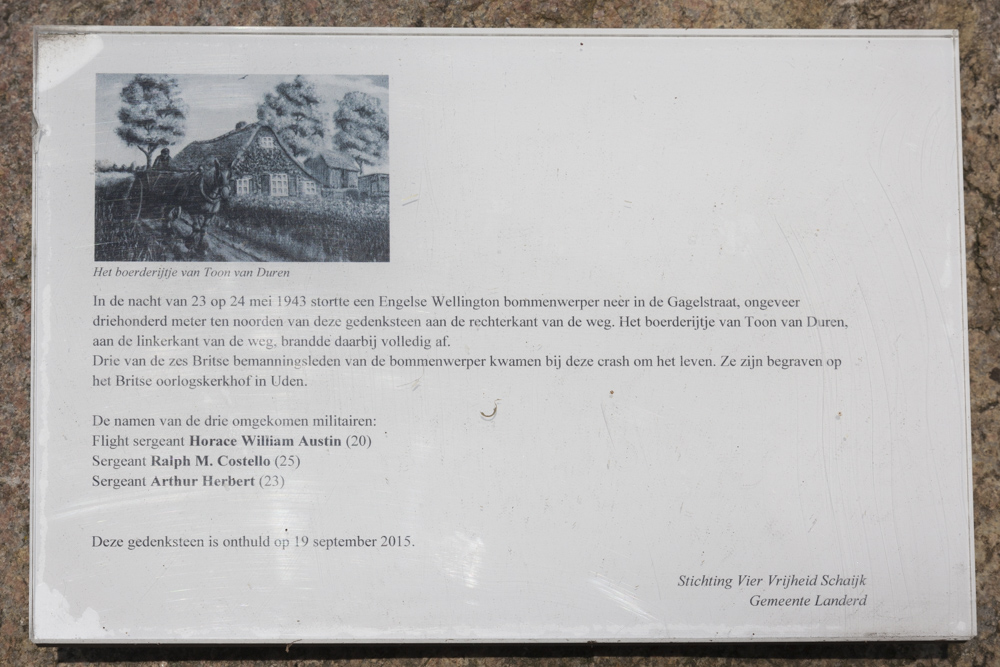 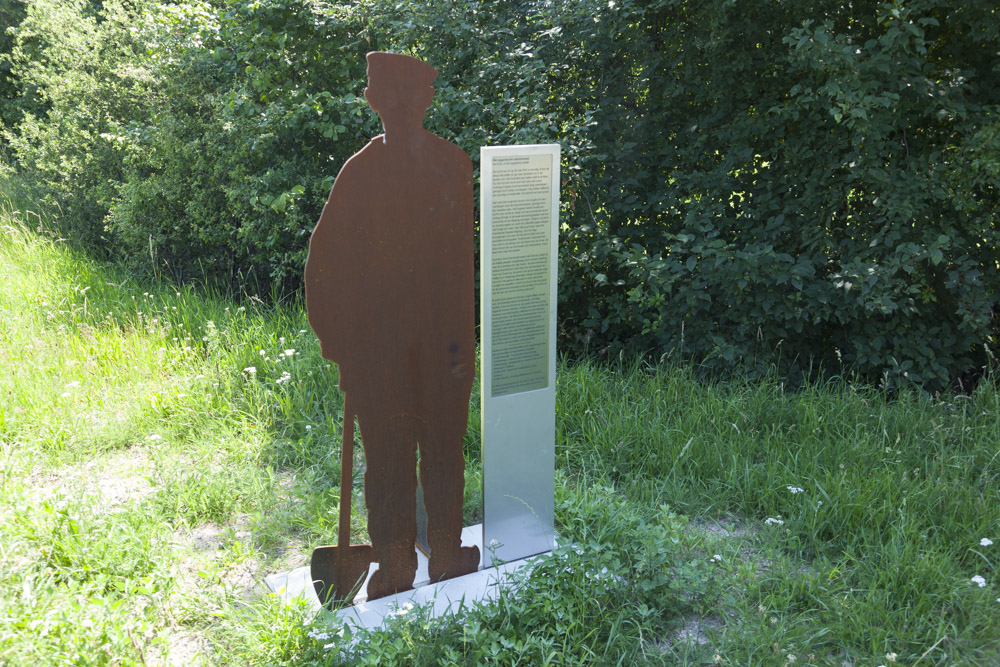 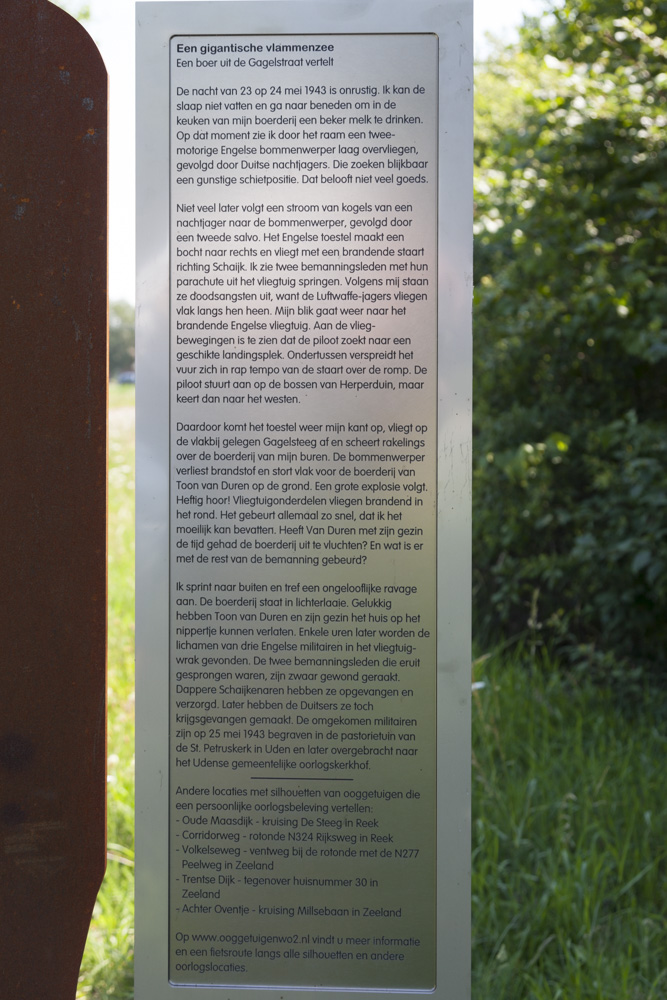 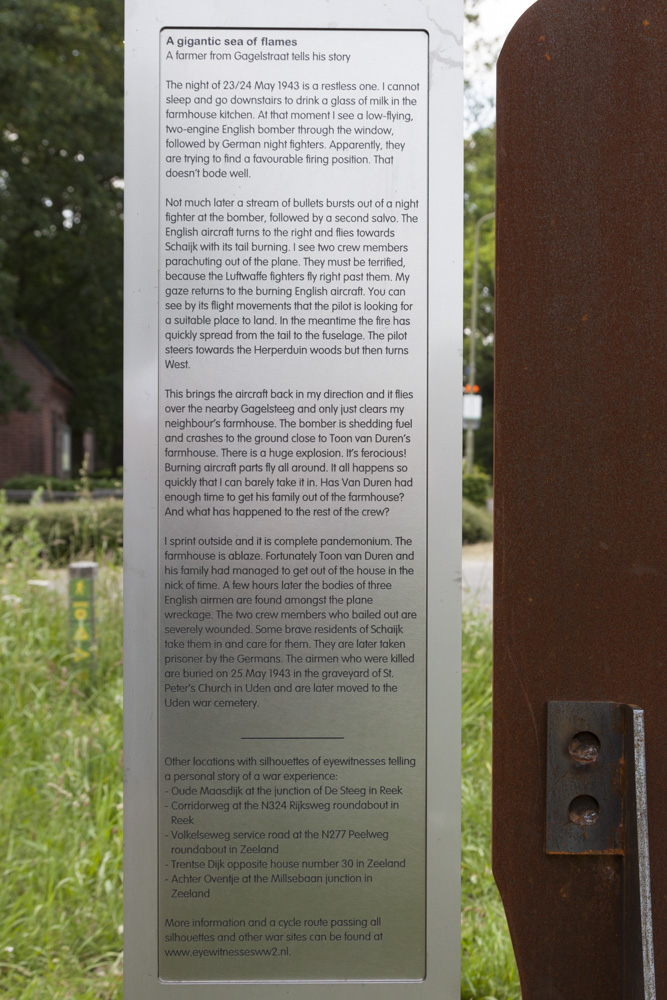 There are 2 memorials commemorating the crash of Vickers Wellington HZ582 at this location.

The text on the plaque on the boulder is:
In the night of 23/24 May 1943 a British Wellington bomber crashed on the Gagelstraat, about threehundred meters north of this memorial at the right side of the road. The farm house of Toon van Duren on the left side of the road burned down completely.
Three of the six crew members lost their lives in this crash. They are buried at the British War Cemetery in Uden.

On the memorial opposite the boulder the story of the crash is told by a farmer who was eye witness of the crash. The text is in Dutch and in English.