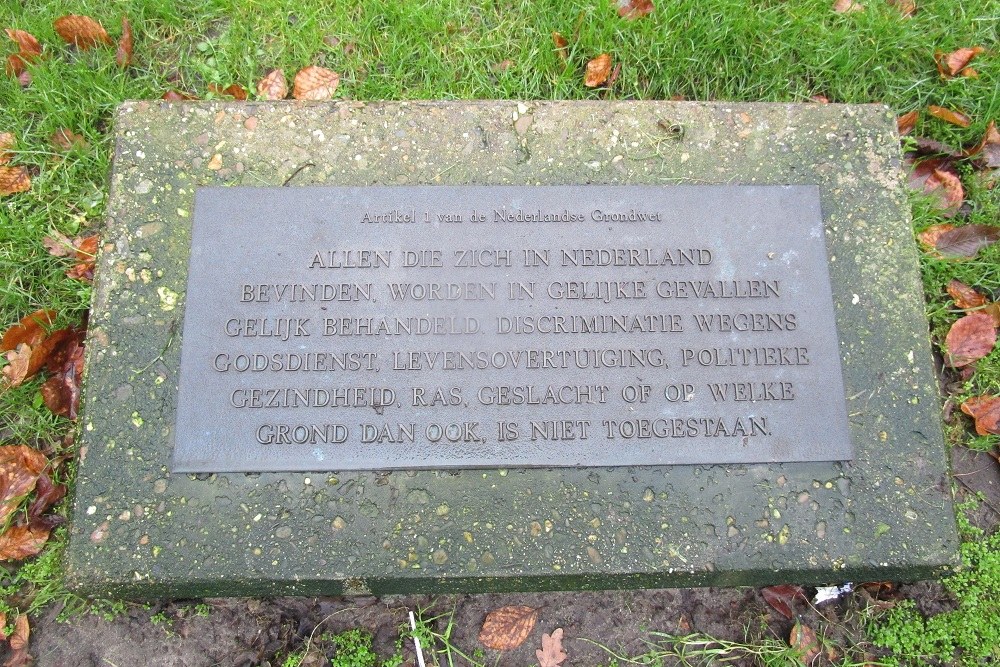 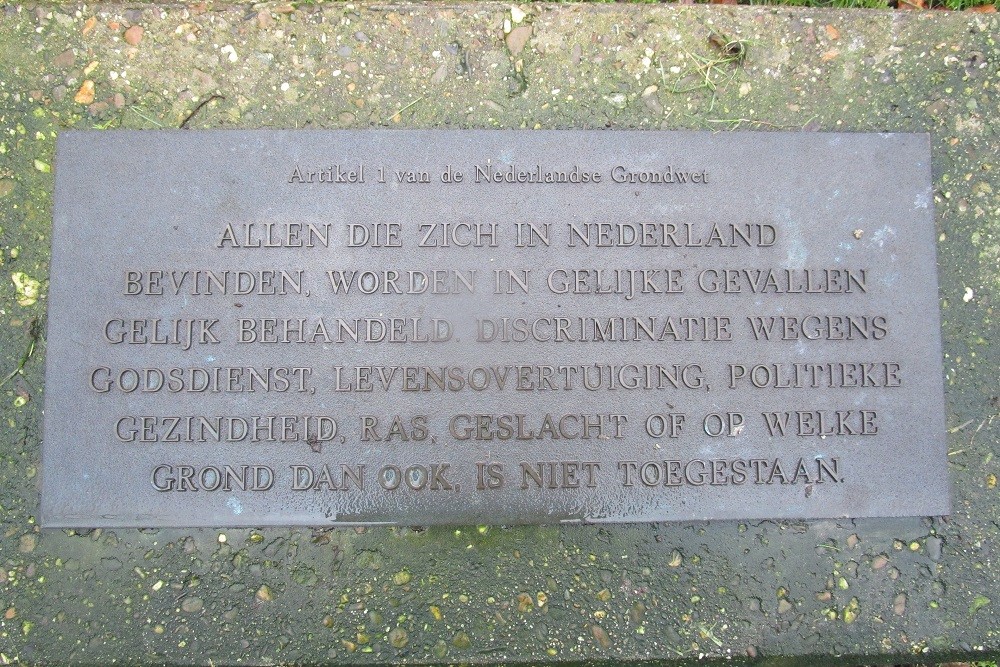 This monument in Breda, displays Article 1 of the Dutch Constitution. It symbolizes the fight against discrimination. As discrimination against the Jewish community in World War II.

The monument is a gift to the city of Breda by the Kristallnacht Commemoration Committee, which remembers the pogroms in November 1938 in Germany.

The Dutch text on the monument (translated to English):

Article 1 of the Dutch Constitution

ALL THEM WHO ARE IN THE NETHERLANDS
WILL IN SIMILAR CASES BE
TREATED ALIKE, DISCRIMINATION BY
RELIGION, BELIEF, POLITICAL
OPINION, RACE, GENDER OR ANY
GROUND, IS NOT PERMITTED.

The Monument was designed by Martin Fleuren and was revealed on November 10th 2002.