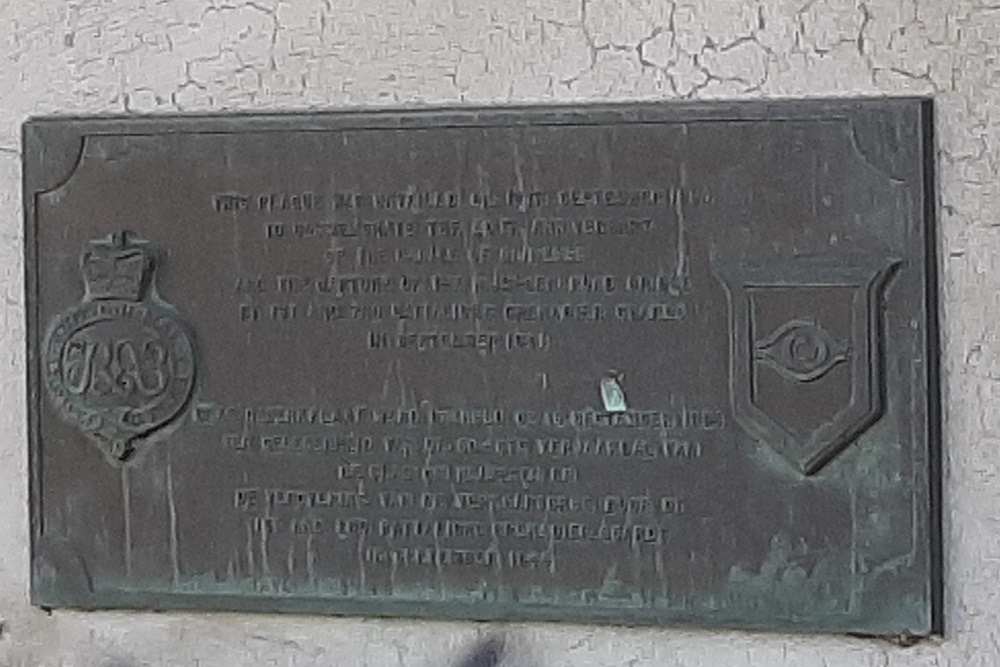 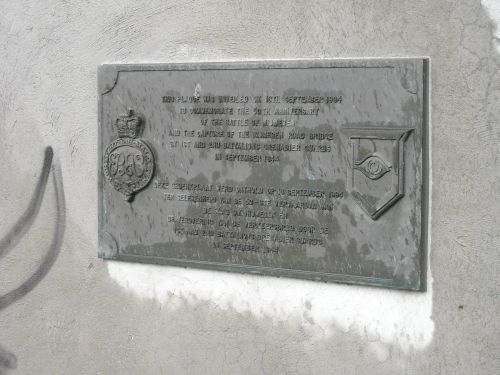 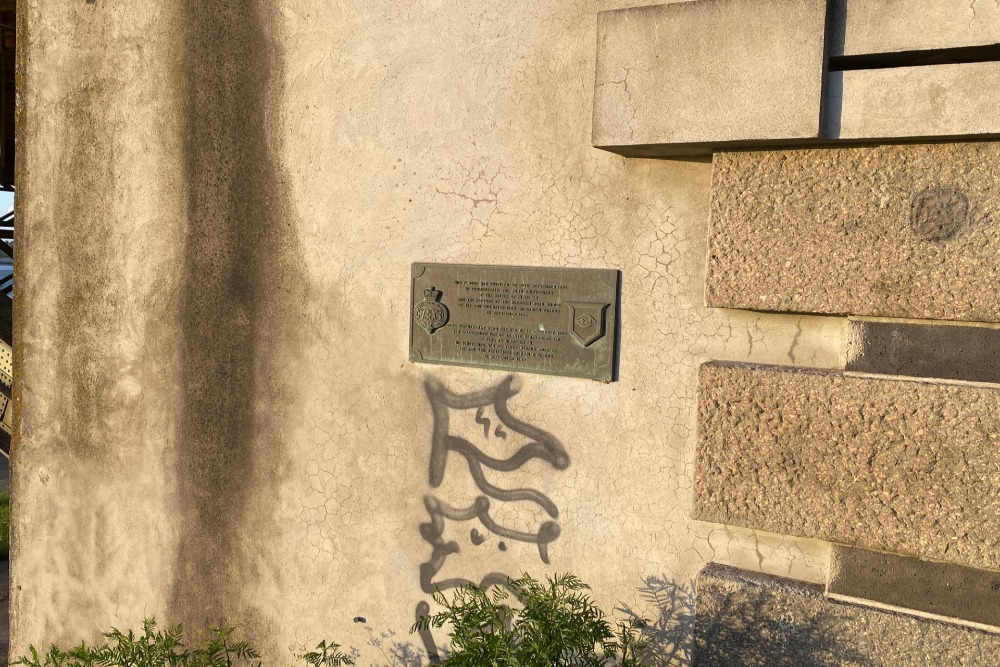 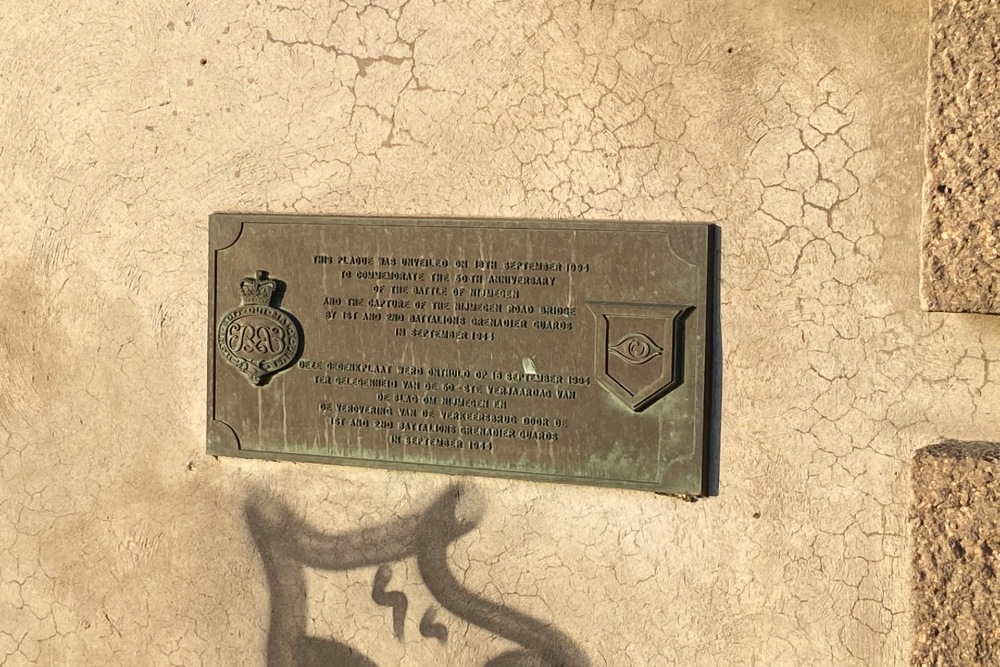 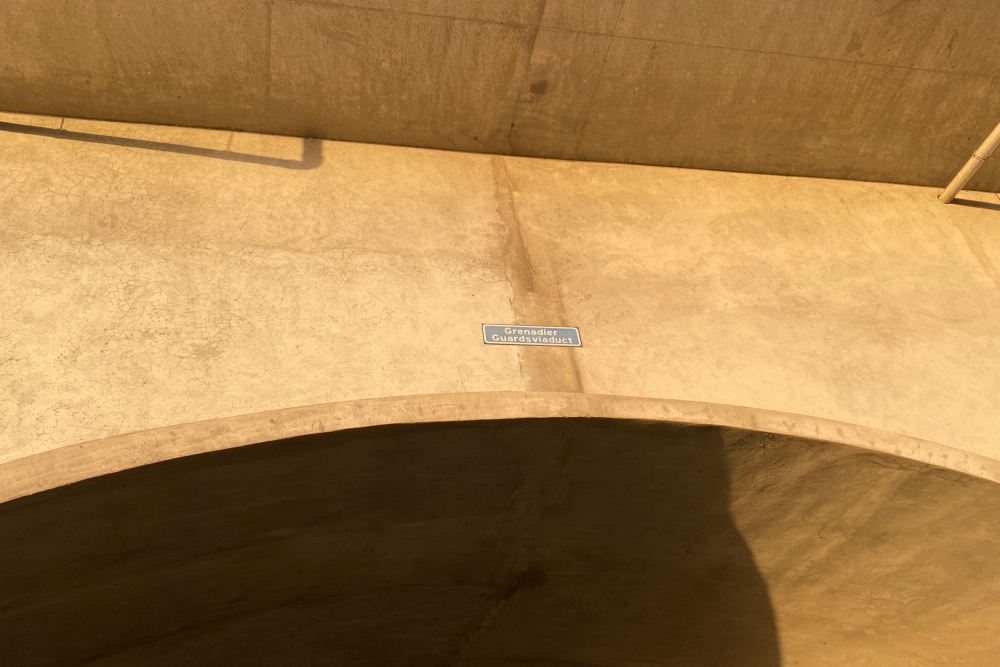 On the southern bridge ramp of the Waal bridge hangs a plaque in memory of the conquest of the bridge by the 1st and 2nd Battalions of the Grenadier Guards in September 1944. The text on the plaque reads:

This memorial plaque was unveiled on September 18, 1994 on the occasion of the 50th anniversary of the Battle of Nijmegen and the capture of the road bridge by the 1st and 2nd Battalions of the Grenadier Guards in September 1944.

On September 19, the Grenadier Guards crossed the bridge over the Maas-Waal Canal at Heumen and then turned left towards Malden. At De Kluis there was a temporary stop for reorganization. From there they went a little further north and then to the right towards Sionshof, nowadays Restaurant Konbanwa. From here the Guards crossed the Groesbeekseweg in the direction of the Waal Bridge.

The paratroopers of Company E and F went via the Groesbreeksedwarsstraat towards the Waal bridge. Company D had meanwhile been advanced to the railway bridge via a completely different route west of the railway line. After intense street fighting, where fighting took place in houses, on roofs and in the gardens, the Allies managed to reach the south side of both bridges. Vandervoort: "A tank cannon thrust through a kitchen door really stimulates exodus." Unfortunately, it started to get dark and the final attack on the bridges was postponed until the following day. Vandervoort: "The decision to pause was disappointing. The momentum was ours all afternoon. We wanted to continue while we held the upper hand." 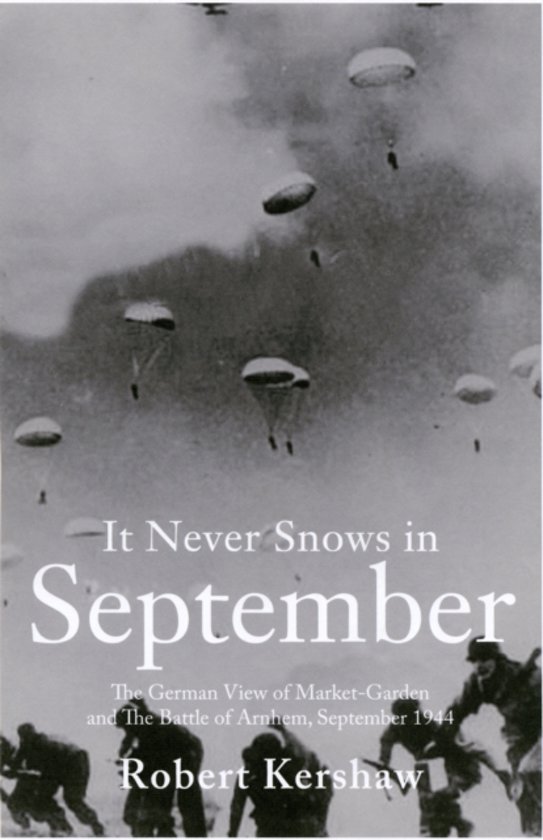