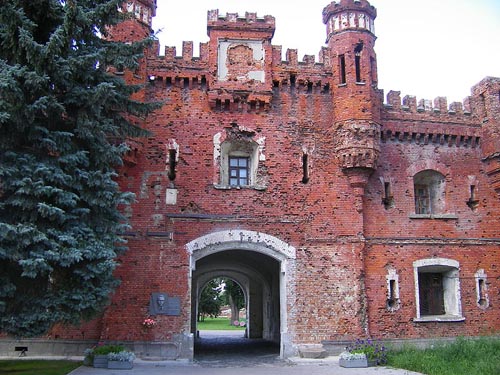 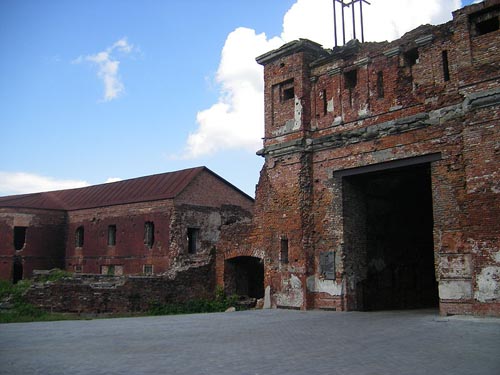 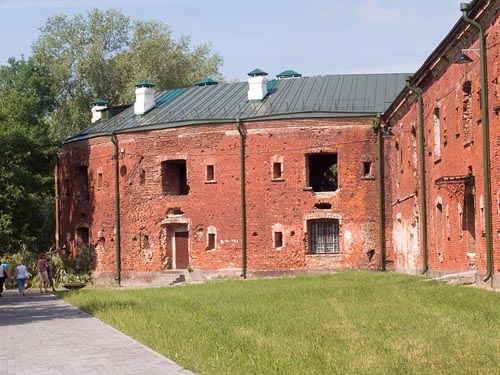 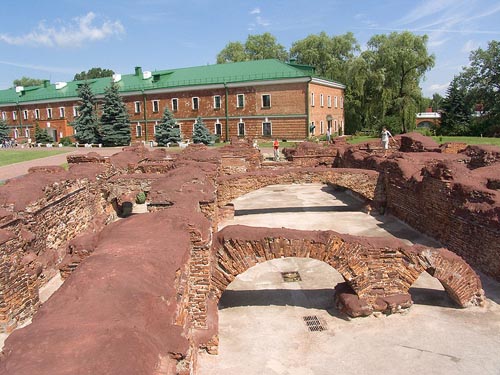 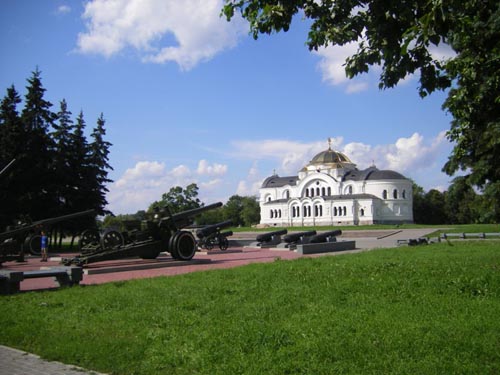 This 19th century fortress was built between 1836 and 1842 and was one of the largest fortifications of the Russian Empire. It was scene of heavy fighting during the First World War and Polish-Soviet War, which eventually resulted in a permantly control by Poland. The Brest fortess was attacked by the XIX Panzer Korps during the German invasion of Poland in 1939. The small Polish garrison, consisted of four infantry batallions and two tank companies, defended the fortress 4 days long before withdrewing southwards on 17 September 1939. The territory was assigned to the Soviet Union in 1939 in accordance with the Ribbentrop-Molotov Pact. The fortress was again attacked by the Germans in the summer of 1941.The Brest fortress, defended by a 3,000-8,000 men strong garrison was site of the first major fighting between Soviet forces and the Wehrmacht. Despite the defenders were outnumbered and trapped, they put op on a fierce resistance and launched several counter attacks. Even after the the fortress was completely taken by the Germans, there were still small pockets of resistance. In 1965 the honor title "Hero-Fortress" was given to the Fortress.

The citadel today:
Many of the citadel's buildings were destroyed or damaged in June 1941. The surviving fortifications bears many bullet and grenade impacts. The memorial complex and museum are also worth to visit.