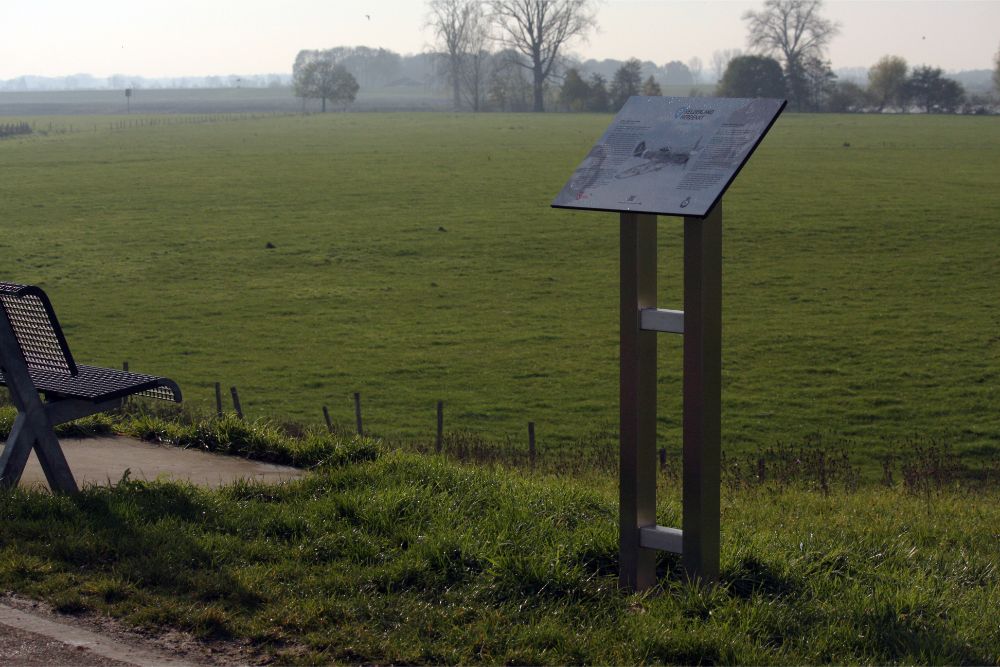 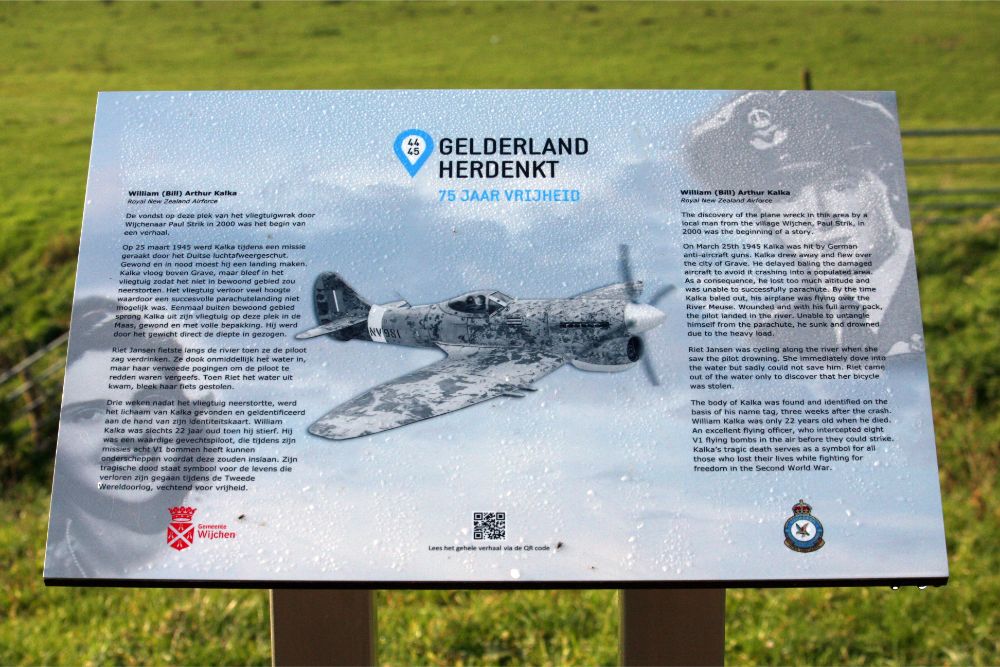 This sign tells the story of a crashed plane and a woman who came to the rescue. It is placed at the location of the discovery of the aircraft wreck in the Maas near Balgoij. It was the plane of 22-year-old Flying Officer William Arthur "Bill" Kalka. Kalka flew in his Hawker Tempest fighter aircraft NV981. The then 21-year-old heroine Riet Janssen from Nijmegen had seen the crash and then tried to get Kalka out of the water, but unfortunately she did not succeed. So Riet came to the rescue, but was unable to do anything anymore; they had stolen her bicycle while she plunged into the water.