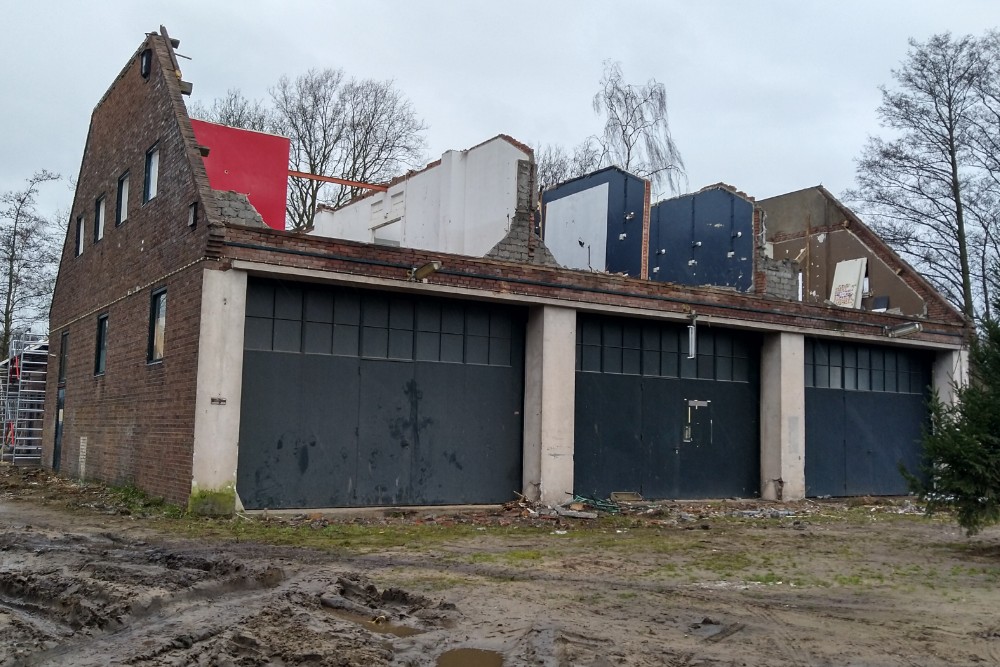 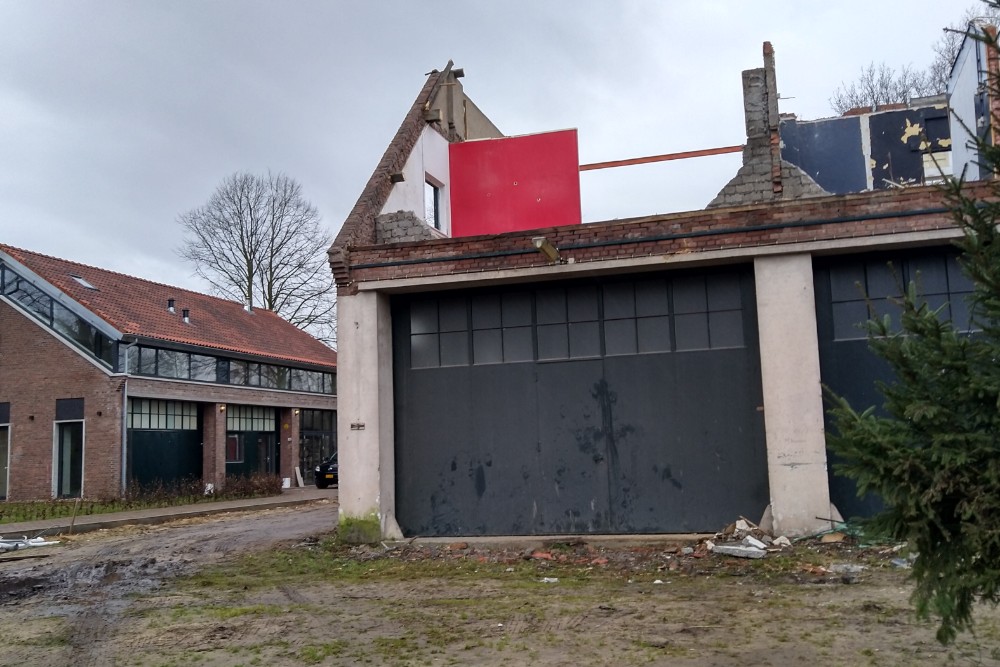 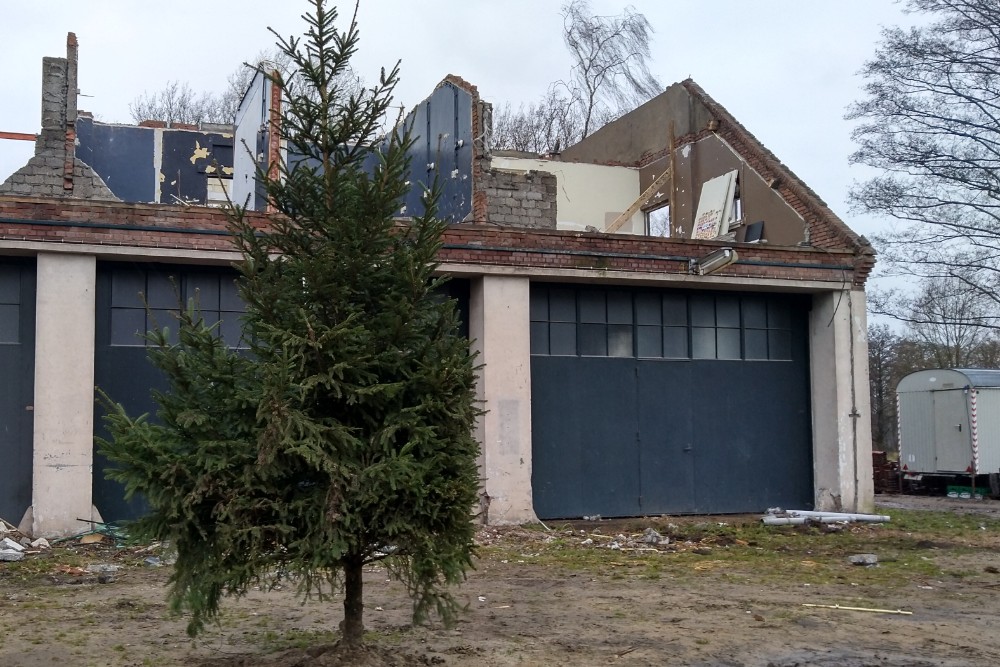 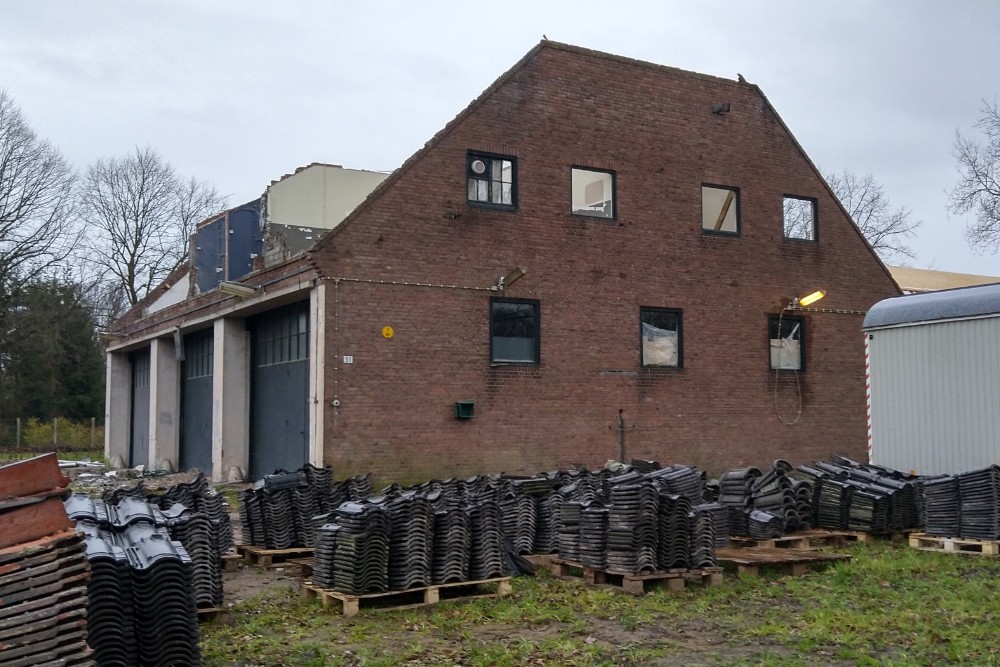 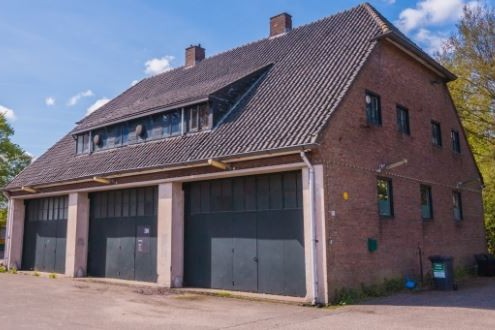 Building z80:
The Luftwaffe commissioned Z80 to be built in the spring of 1941 as a technical workshop for the rolling stock at the airbase. In the front part of this building, maintenance work was carried out on vehicles in particular. The building is built in country style, with roofs with so-called Wolfseinden (Sallandse) style. In the seventies, the two parking spaces behind Z80 were changed by reducing their access openings.
The building was equipped with a renewed electrical installation in 1977 and now functioned as a shelter for the car hobby club at Twenthe airbase. December 2019: the property has been sold and is being made ready for private use, some characteristic elements have been preserved.

Fliegerhorst, Zuidkamp:
The Luftwaffe built Fliegerhorst Twente with the starting point that it should not stand out from the sky. The runways were painted green and arable crops were used on the adjacent grass.
The Zuidkamp was next to the Prins Bernhardpark an area with various alloy buildings such as a hospital, canteen, shelters, church, garages, etc. The setup was deliberately spacious, twice as large as the former Lonneker, which forced many families to move. The buildings were designed in a standardized way and had to pass for Twente farms. The building style, however, was German, not Twents, but from the air it didn't hurt.
The Luftwaffe had a preference for a bright red brick with walls of 55 cm, which were considered shard-resistant. Sometimes the local architectural style was copied, such as a gable roof or top facades. The shutters in front of the windows were painted green / red / white (four triangles) to make it look more like farms. In reality, these were steel shutters, to protect the windows against shards.