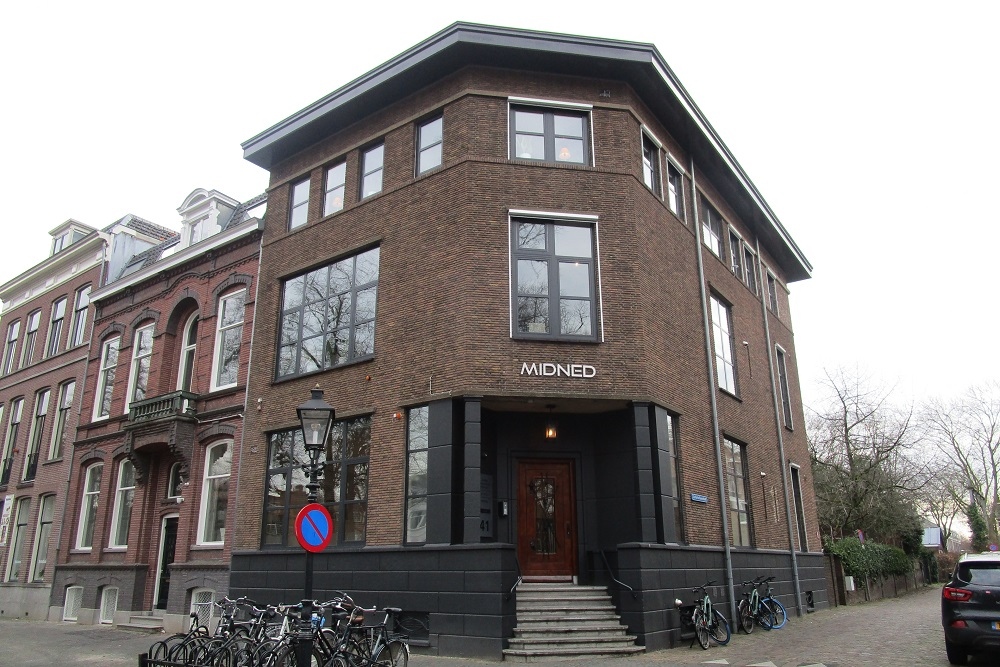 The Training department of the NSB was located in this building. This section was concerned with the political training of NSB members, by organizing courses and other meetings that were intended to fully initiate members into National Socialist principles.

One of the leaders was Robert van Genechten.
Robert van Genechten, lawyer and Belgian by origin, became a member of the NSB in 1934. In September 1940, he became Attorney General at the Court of Justice in The Hague. In this position (and especially as a public prosecutor at the Peace Court instituted for political offenses) he proved himself a vengeful NSB member. Although a fanatical national socialist, he nevertheless came across a number of issues in conflict with the Germans. After an unsuccessful suicide attempt in 1943, Van Genechten was relieved of his NSB functions by Mussert and, in fact, dismissed by his appointment as professor at the closed university of Leiden. He continued to publish in the NSB organ New Netherlands. After the liberation, Van Genechten was arrested and on 17 October he was sentenced to death by the Special Court in The Hague. Before the execution of his sentence, he committed suicide on December 13, 1945.