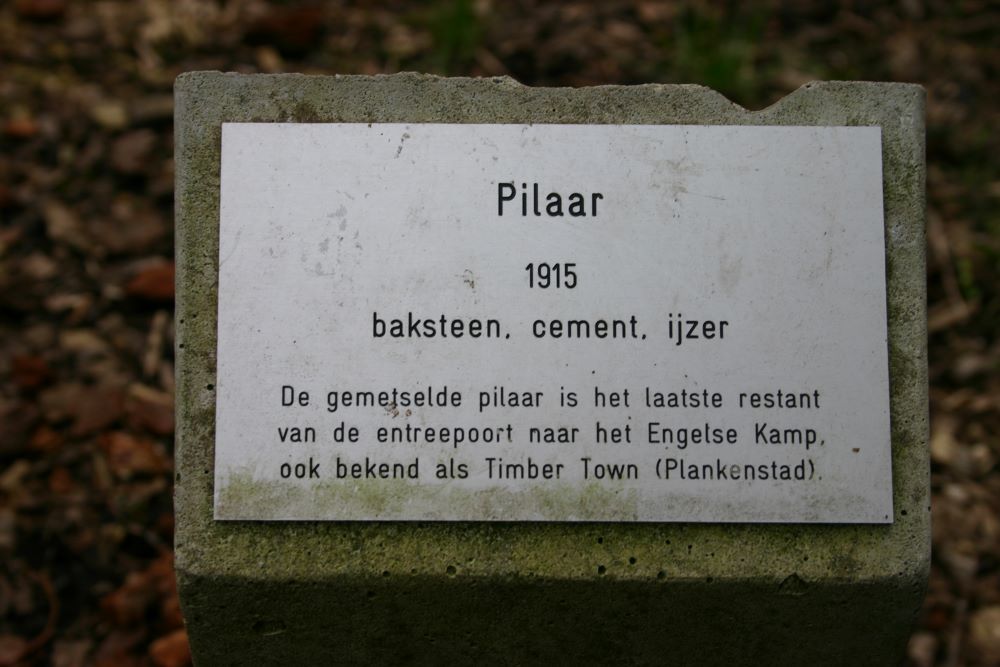 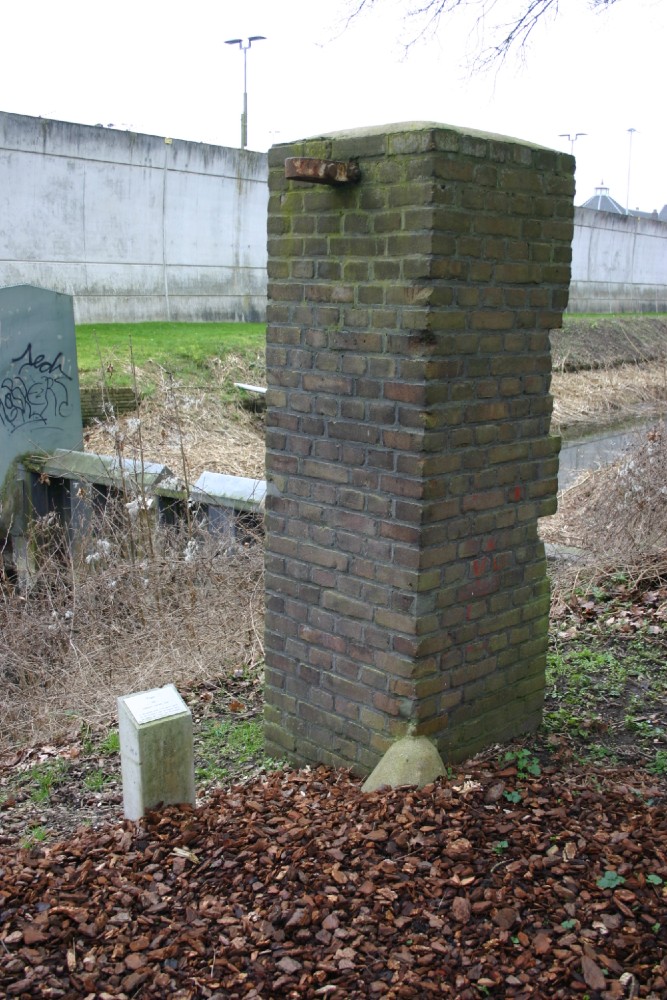 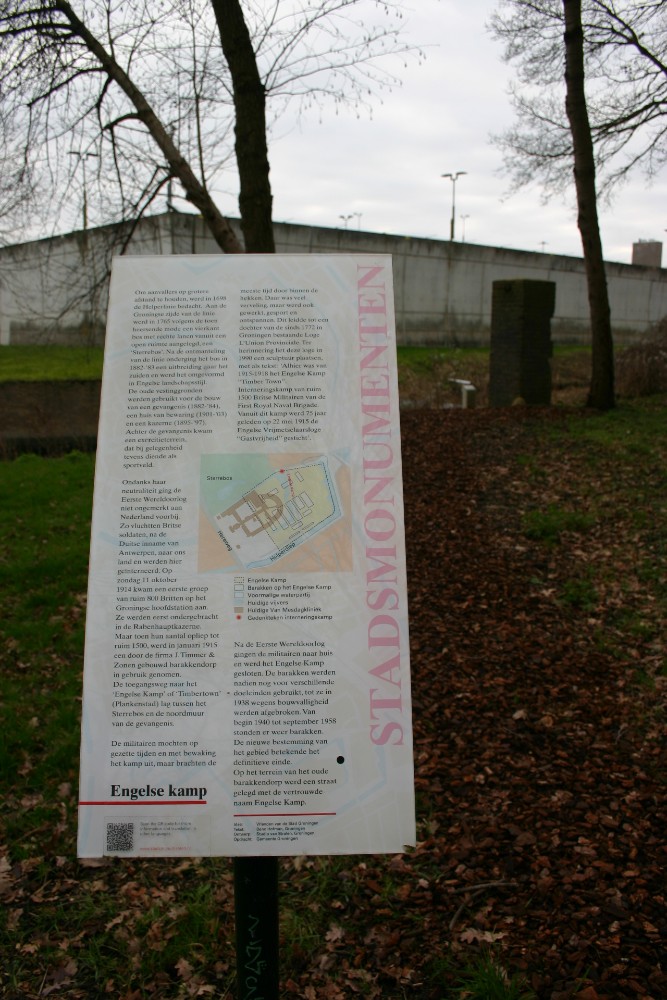 On 11 October 1914, 1,500 men from the First Royal Naval Brigade arrived in Groningen. They were deployed at the beginning of October to assist the Belgian army when the German army attacked Antwerp.
Their escape route was cut off during the return trip. Commodore Wilfred Henderson did not want to be taken prisoner of war with his men and decided to cross the Dutch border with his three battalions.

When they arrived in the Netherlands, they were interned in Groningen in accordance with international law. Behind the current Van Mesdag clinic (the former city prison) a complete barracks camp was set up on the exercise grounds of the Rabenhaupt barracks (which was located opposite this prison) with many facilities for sports, housing, care, surveillance and relaxation. This camp was soon called the 'English Camp' in Groningen.

Immediately after the end of the First World War, the English Camp served until January 1919 as a relief camp for repatriated sick English prisoners of war and prisoners of war of other nationalities.

The very last residents of the English Camp were the Spahis, the 7th squadron-ridden French soldiers of Algerian descent, who add luster to the Groningen Relief of 1958 with their beautiful Berber horses, white coats and red turbans.