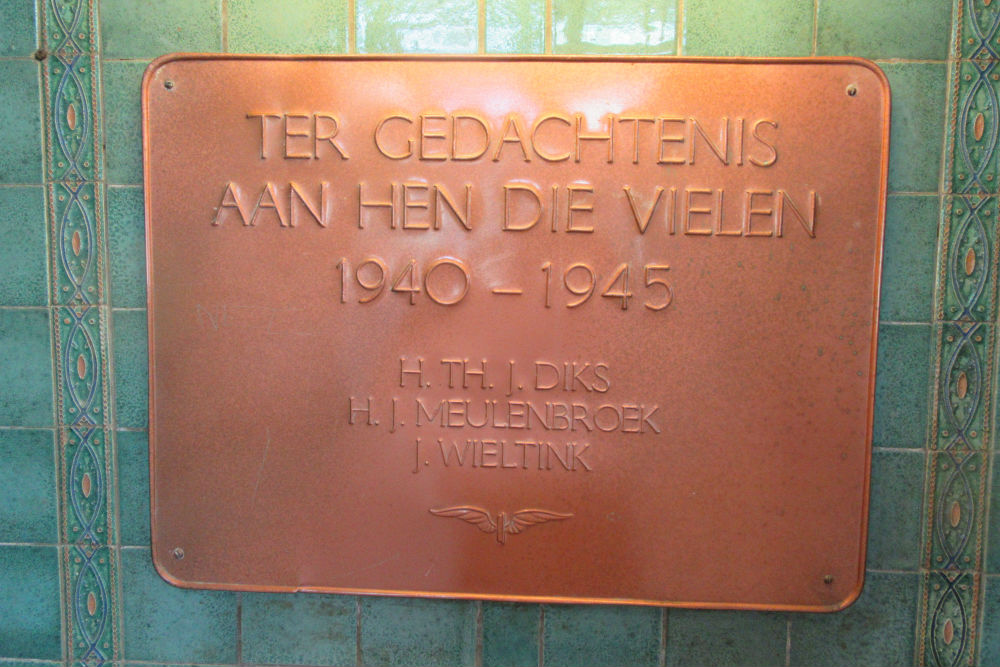 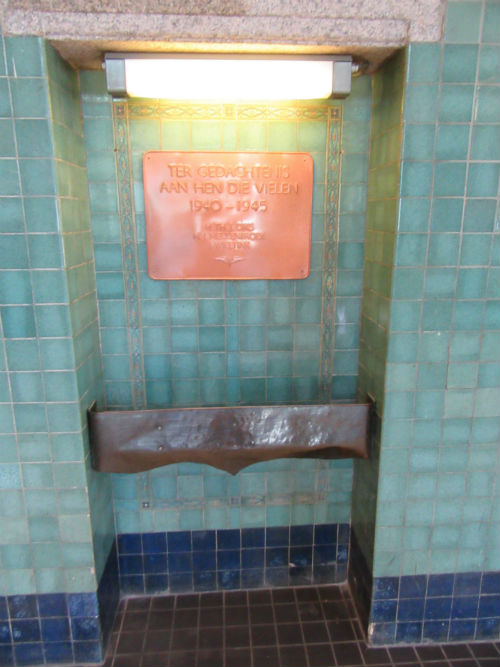 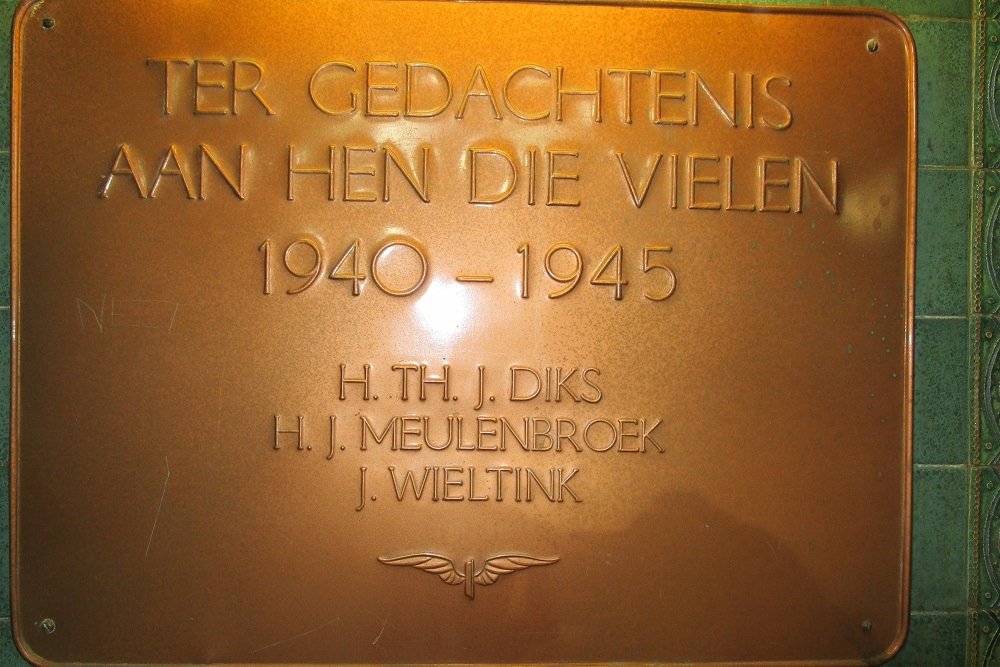 This plaque commemorates three NS Employees from Deventer who died in the Second World War, whose names are:

H.Th.J. Diks died on February 6, 1945 as a result of the bombing of Deventer. The aim of the British Air Force was the strategic railway bridge over the IJssel. Many bombs fell on the city, many of which are regrettable. The bridge is hardly damaged on this day.

H.J. Meulenbroek died on October 28, 1944 as a result of a bombing on the railway bridge of Deventer, which also affected some houses.

J. Wieltink died on November 26 as a result of a bombing on the traffic bridge of Deventer, which also hit some houses.