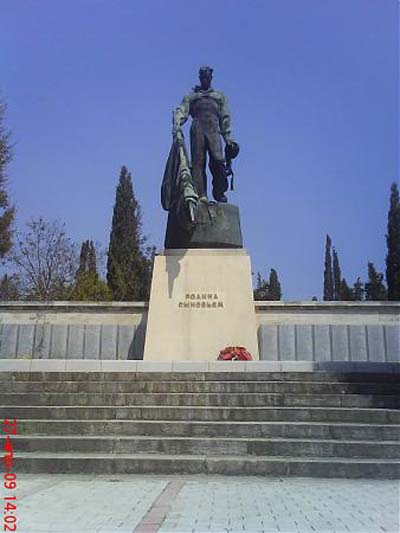 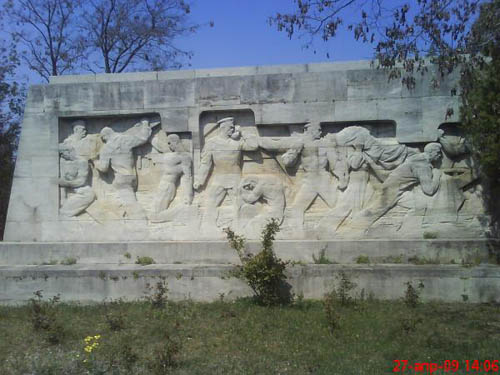 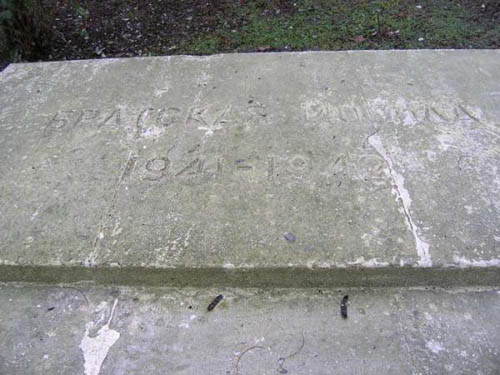 The brotherhood cemetery of Sevastopol contains a military plot with the graves of more than 3000 Soviet soldiers and sailor men. They are buried in three mass graves, marked as "1941-1942", "1944" and "1955". The last mass grave contains the remains of 608 Soviet soldiers who died in the Novorossiysk disaster. The Soviet flagship (former Italian battleship "Giulio Cesare") exploded and sank due to an old German magnetic sea mine. Others say it was a result of an Italian sabotage action. The mass grave marked as "1944", contains the remains of 80 soldiers of the 2nd Guards Army who fell for the liberation of Sevastopol in 1944.