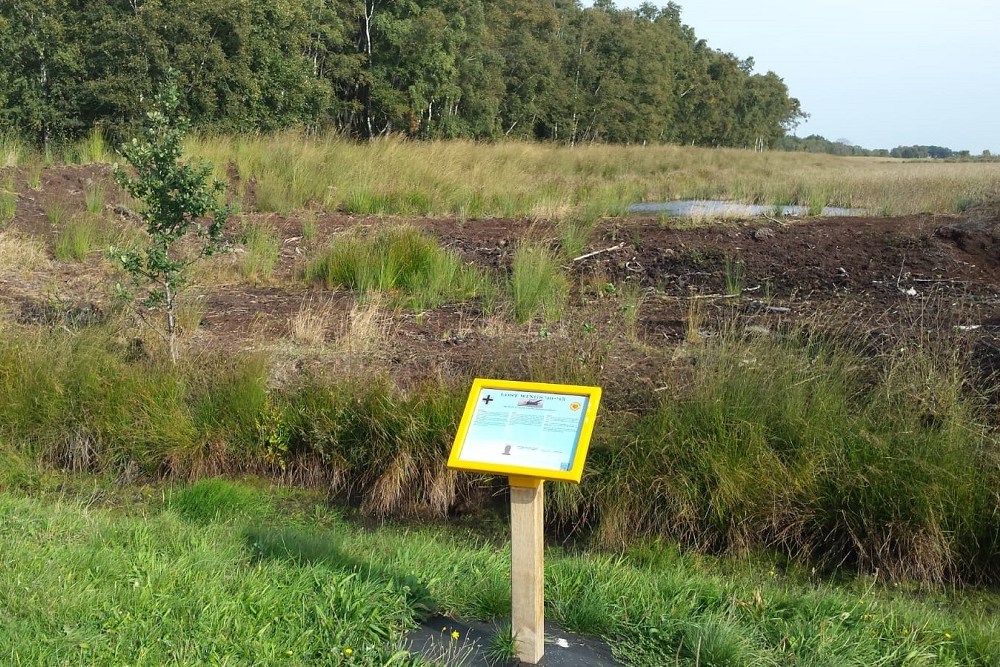 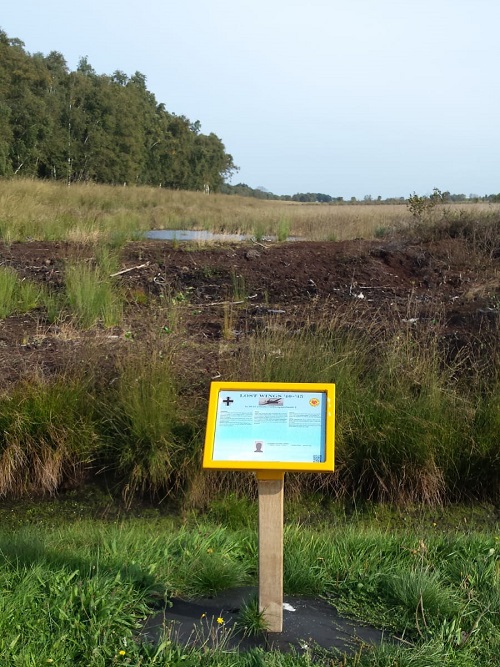 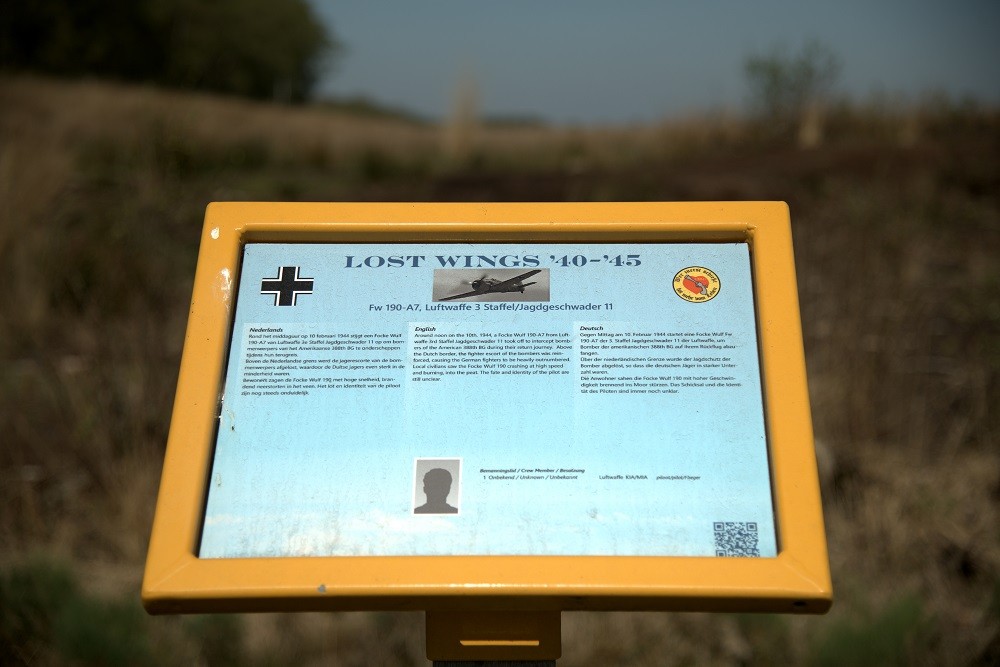 Around noon on February 10, 1944, a Focke Wulf 190-A7 of Luftwaffe 3rd Staffel Jagdgeschwader 11 took off, to intercept bombers of the American 388th BG on their return journey. Above the Dutch border the fighter escort of the bombers was relieved, so the German fighters were equally in the minority. Residents saw the Focke Wulf 190 crash into the peat at high speed, burning. The body of the pilot was recovered in Germany, just across the border. After comparing personal finds on the spot and archive material, it turns out to be Feldwebel Alfred Gaedicke. He is buried in Oraniënburg, Berlin.