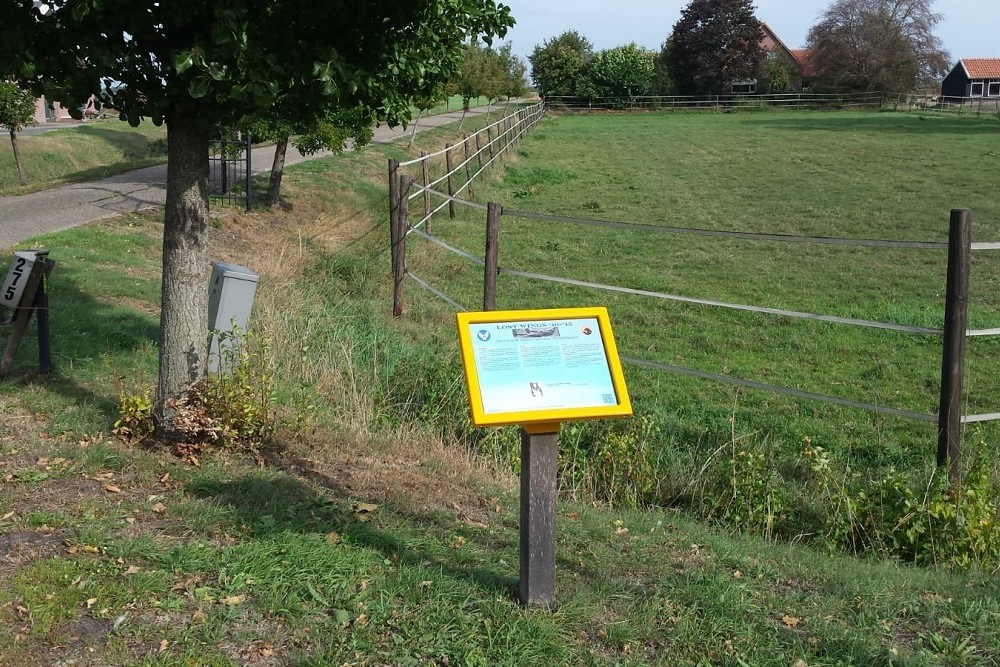 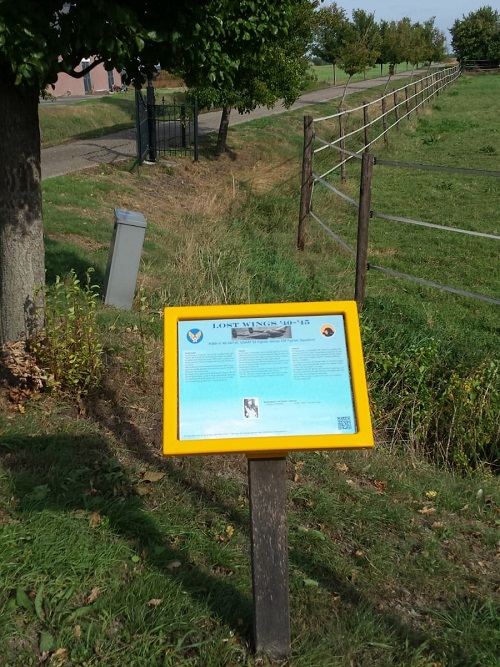 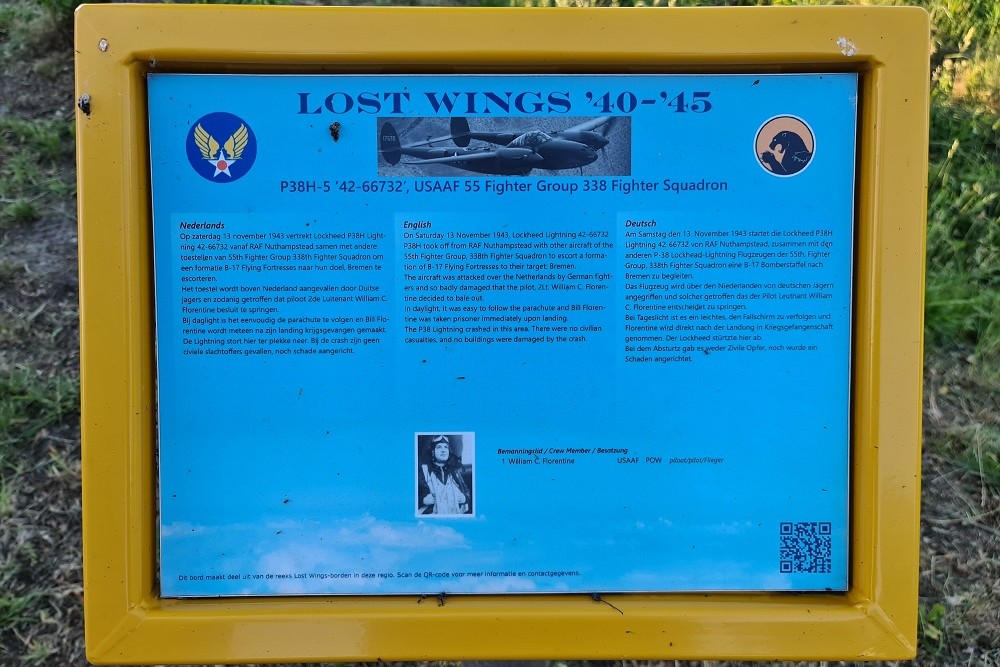 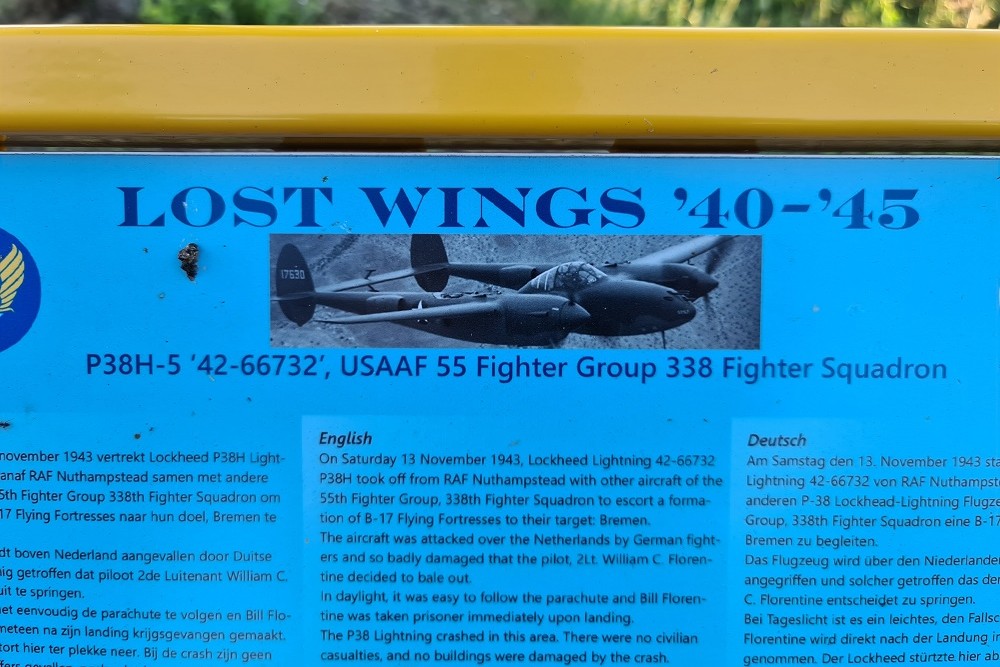 On Saturday 13 November 1943, Lockheed Lightning 42-66732 P38H took off from RAF Nuthampstead with other aircraft of the 55th Fighter Group, 338th Fighter Squadron to escort a formation of B-17 Flying Fortresses to their target: Bremen. The aircraft was attacked over the Netherlands by German fighters and so badly damaged that the pilot, 2Lt. William C. Florentine decided to jump. In daylight, it was easy to follow the parachute and Bill Florentine was taken prisoner immediately upon landing. The P38 Lightning crashed in this area. There were no civilian casualties, and no buildings were damaged by the crash.