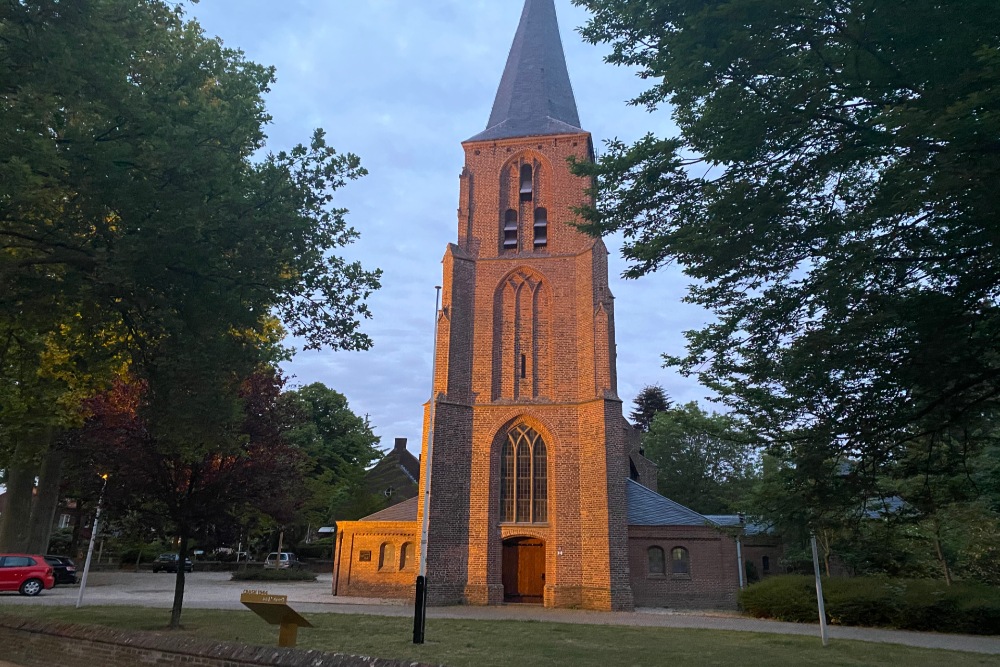 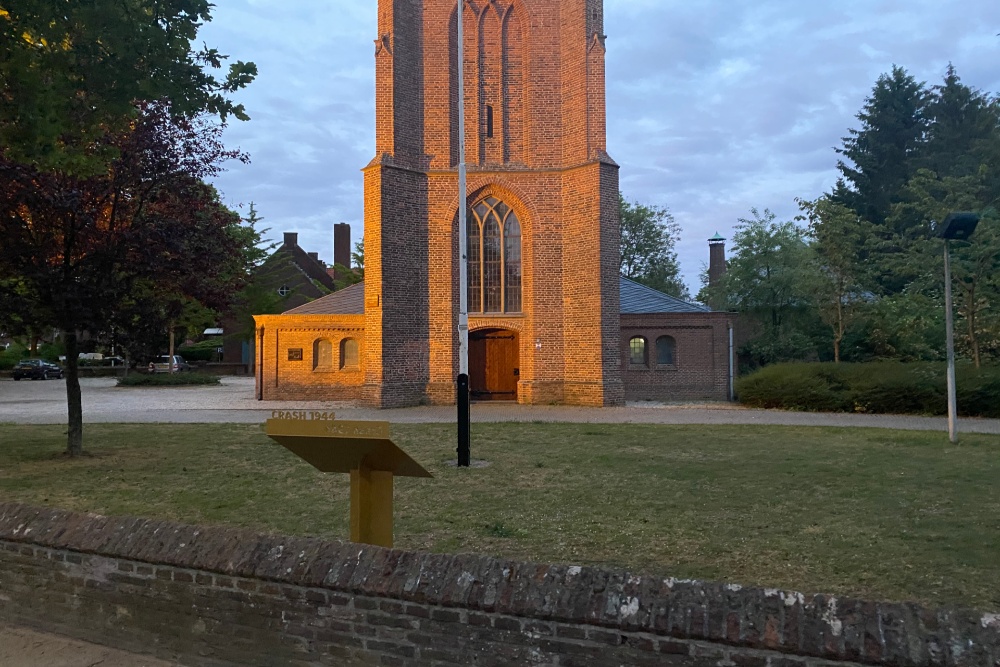 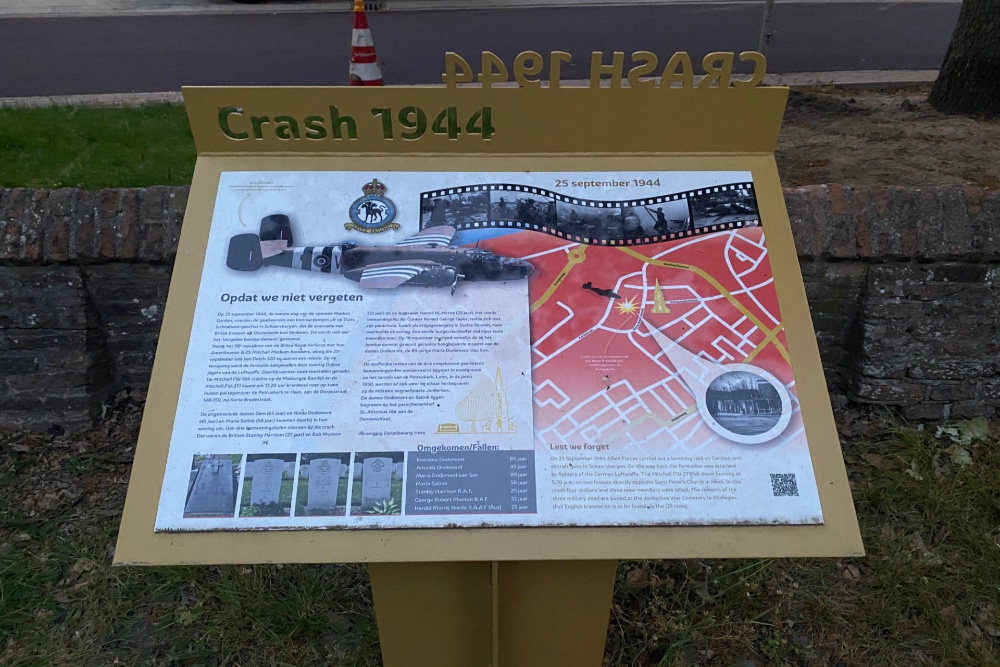 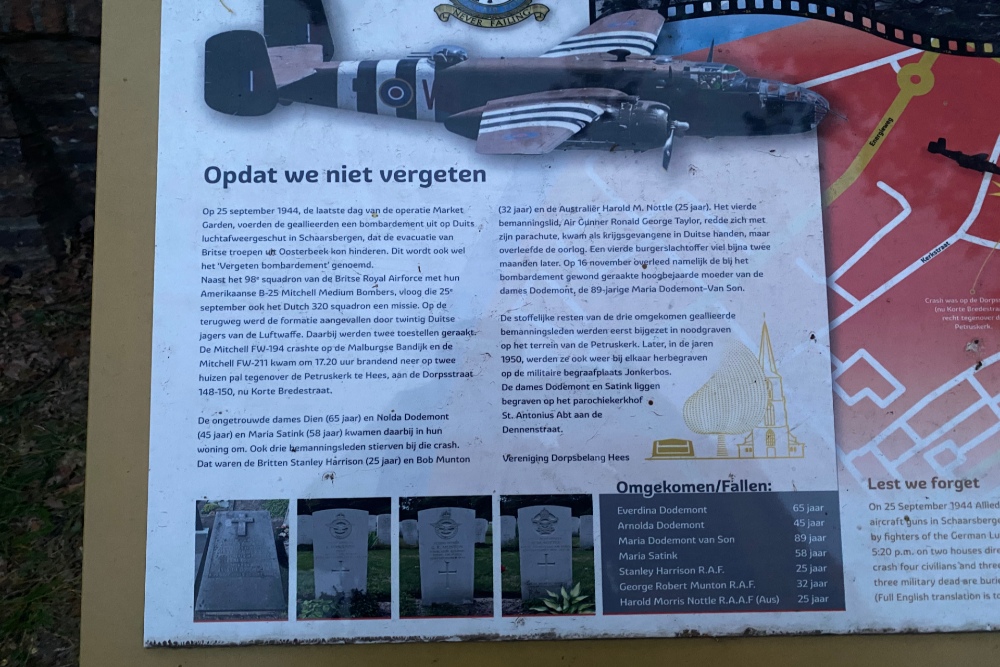 On the 25th of September 1944 a British B25 Mitchell bomber crashed during Operation Market Garden on two houses on the Dorpsstraat (now known as Korte Bredestraat) in Nijmegen. During this crash three crewmembers and four civilians lost their lives.

The ladies Dodemont and Satink are buried on the churchyard on the Dennenstraat. The crewmembers are buried at the British Commonwealth Cemetery Jonkerbos in Nijmegen.

The fourth crewmember, Air Gunner Ronald George Taylor, saved himself with his parachute and was captured by the Germans. He survived World War 2.