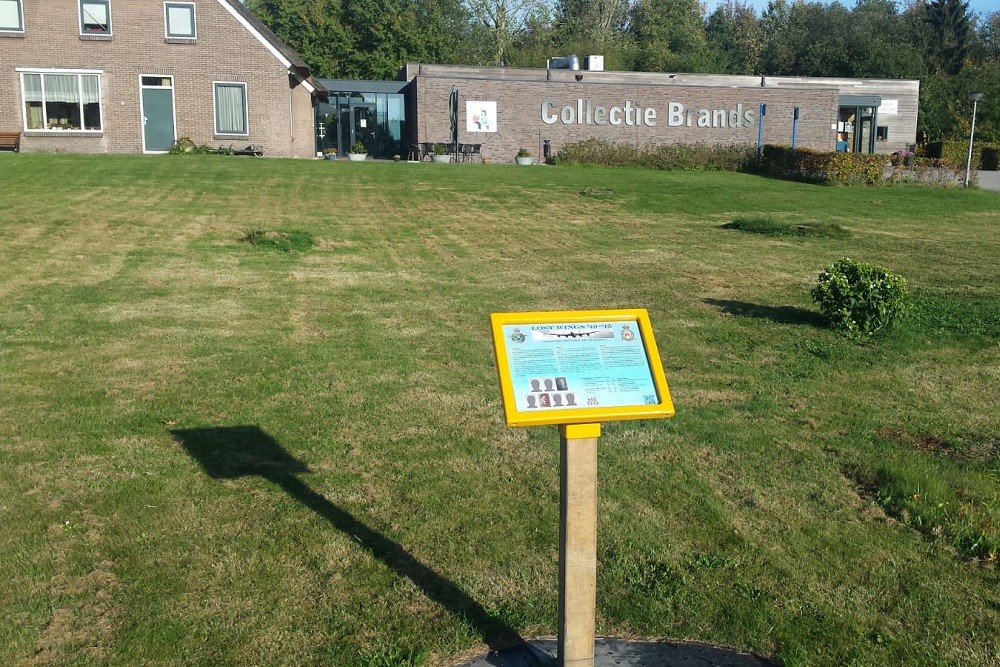 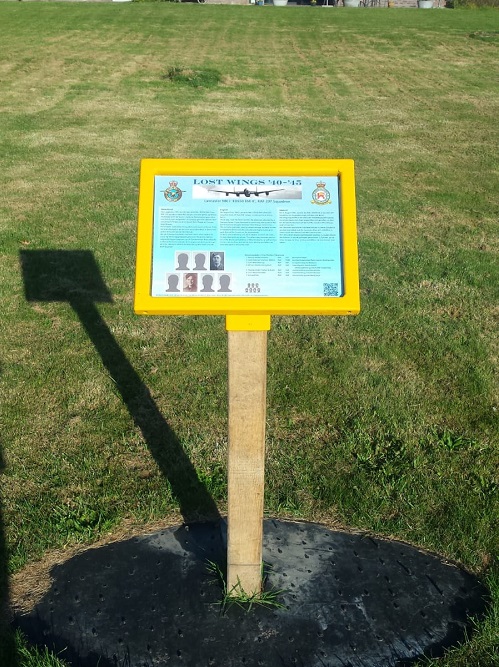 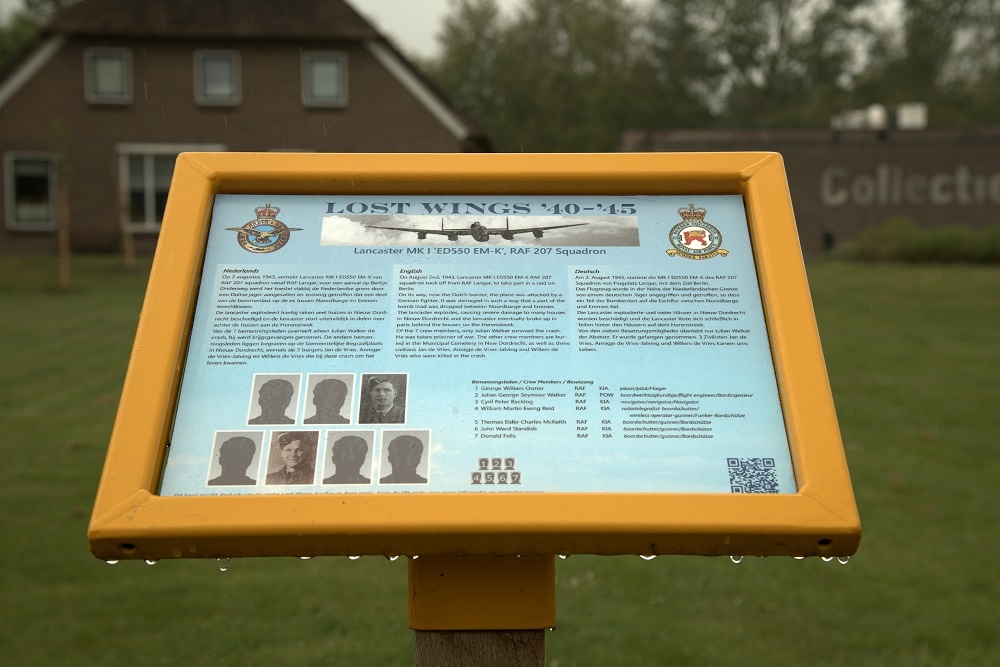 On August 22nd, 1943, Lancaster MK I ED550 EM-K RAF 207 squadron took off from RAF Langar, to take part in a raid on Berlin. On its way, near the Dutch border, the plane was attacked by a German fighter. It was damaged in such a way that a part of the bomb load was dropped between Noordbarge and Emmen. The lancaster explodes, causing severe damage to many houses in Nieuw Dordrecht and the lancaster eventually broke up in parts behind the houses on the Herenstreek. Of the 7 crew members, only Julian Walker survived the crash. He was taken prisoner of war. The other crew members are buried in the Municipal Cemetery in New Dordrecht, as well as three civilians Jan de Vries, Annigje de Vries-Jalving and Willem de Vries who were killed in the crash.