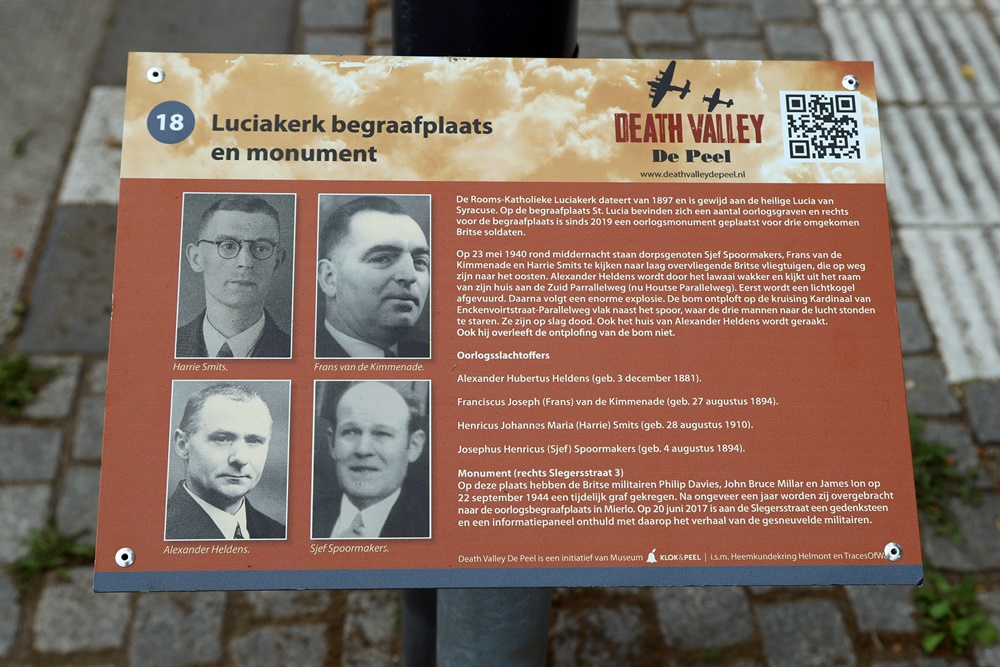 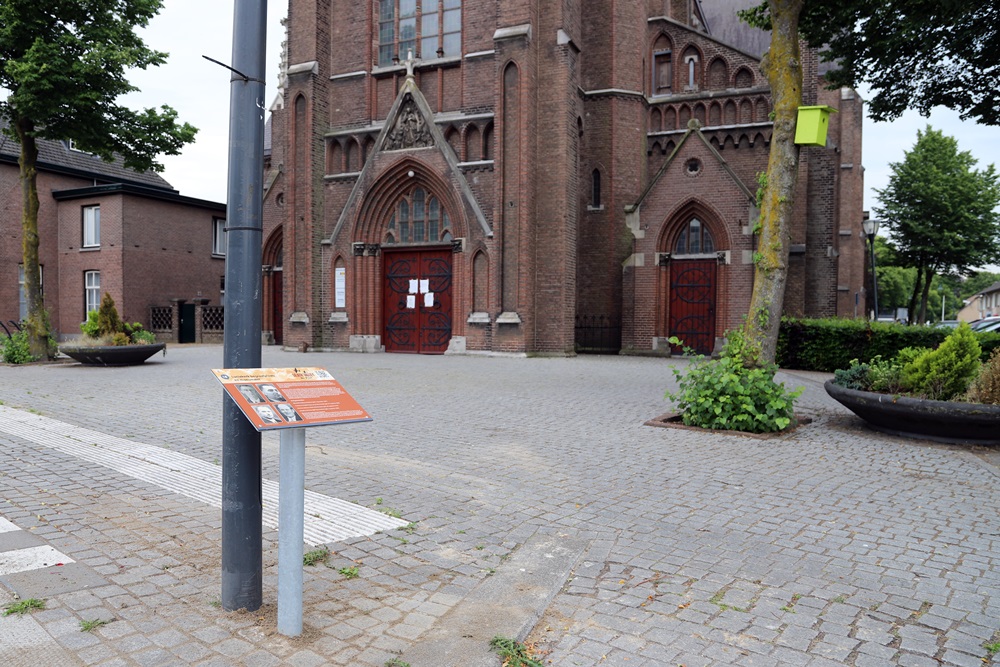 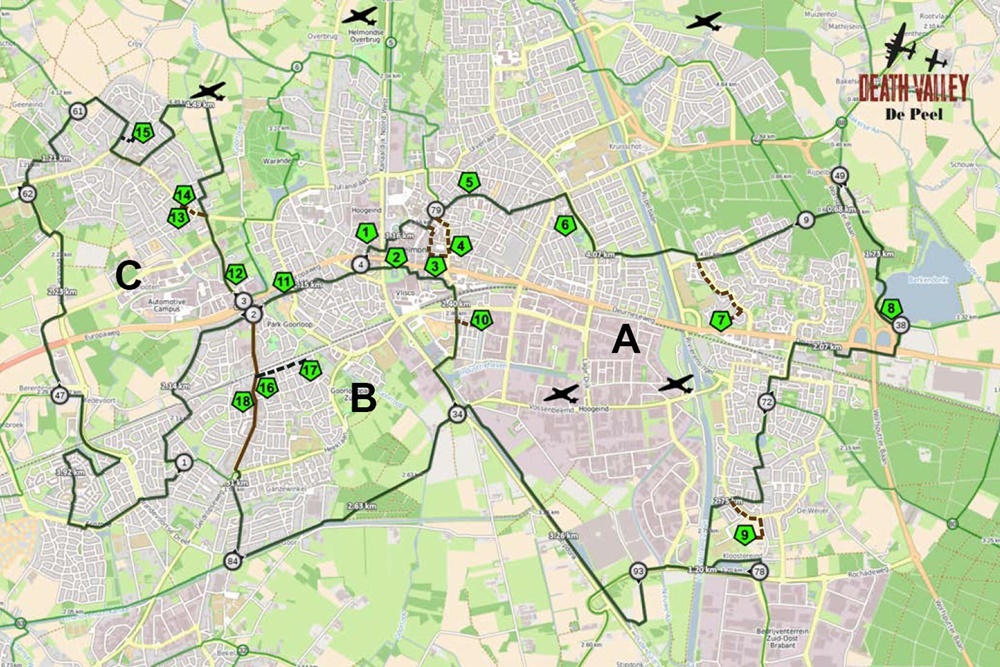 Lucia Church cemetery and monument
The Roman Catholic Lucia Church dates from 1897 and is dedicated to Saint Lucia of Syracuse. St. Lucia [/ towid] contains a number of war graves on [towid] 58195, and a war memorial has been placed to the right of the cemetery since 2019 for three British soldiers who died.

Around midnight on [waid] 5513,23 May 1940 [/ waid], villagers Sjef Spoormakers, Frans van de Kimmenade and Harrie Smits are watching low-flying British planes on their way to the east. Alexander Heldens is awakened by the noise and looks out the window of his house on the Zuid Parrallelweg (now Houtse Parallelweg). First, a flare is fired. Then there is a huge explosion. The bomb explodes at the intersection Kardinaal van Enckenvoirtstraat-Parallelweg right next to the track, where the three men were staring at the sky. They are killed instantly. Alexander Heldens' house is also hit. He also does not survive the explosion of the bomb.

Monument (right Slegersstraat 3)
On September 22, 1944, British soldiers Philip Davies, John Bruce Millar and James Ion received a temporary grave on this site. After about a year they are transferred to the war cemetery in Mierlo. On 20 June 2017, a [towid] 96696, memorial stone [/ towid] and an information panel with the story of the fallen soldiers were unveiled on Slegersstraat.