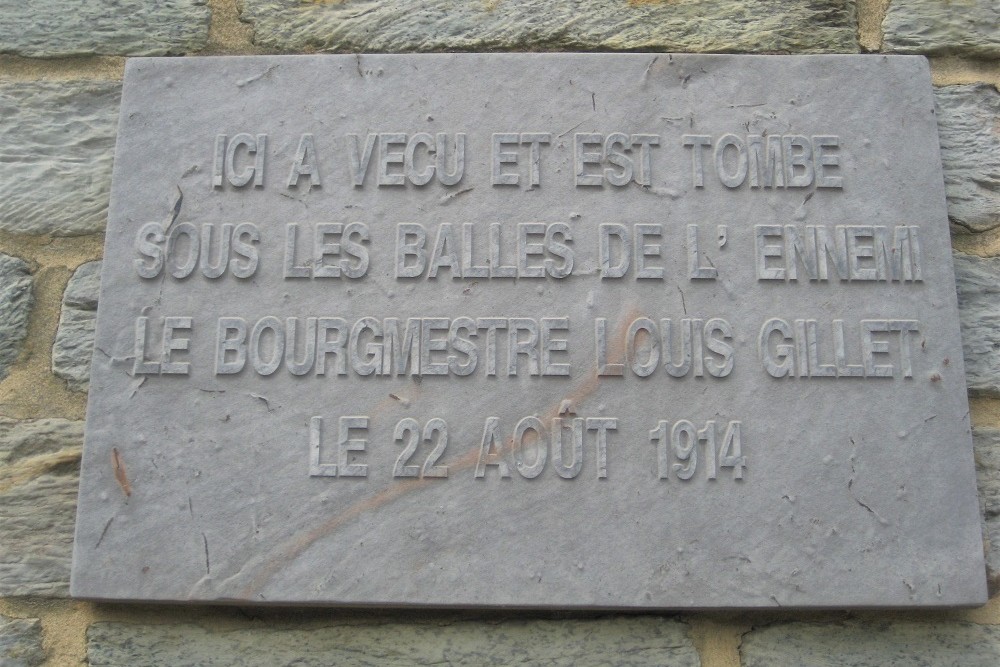 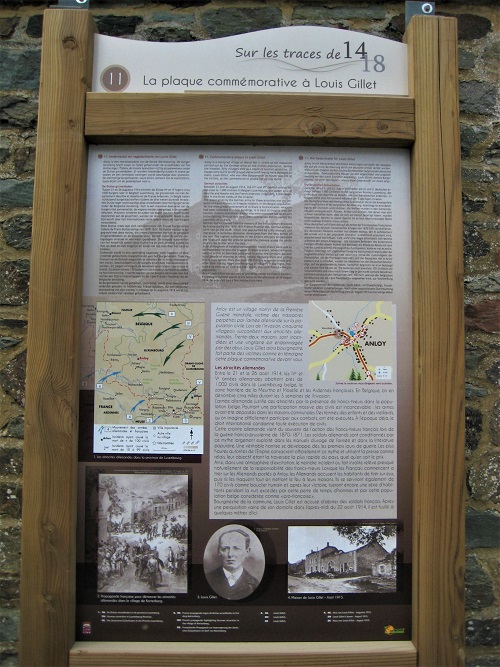 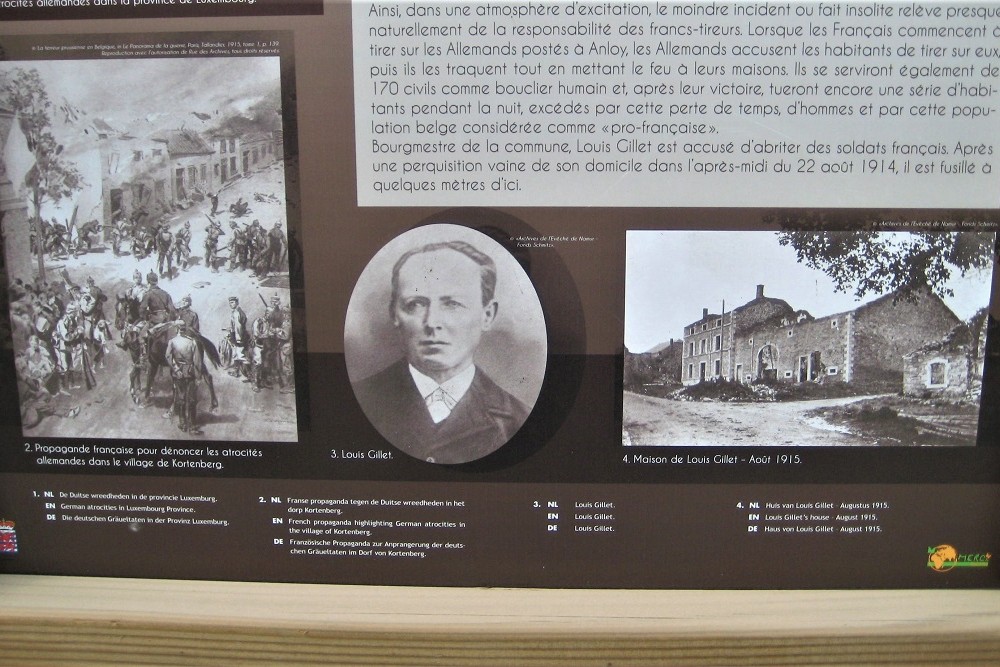 Anloy is a martyr's village of the First World War.
The civilian population has suffered greatly from the atrocities of the German army.
During the invasion, fifty villagers succumb, 32 houses are set on fire and 20 houses are damaged by grenades.

Mayor Gillet is also one of the civilian victims.
He is accused of providing shelter to French soldiers.
After an unsuccessful search of his home in the afternoon on August 22, 1914, he was executed a few meters from his home.