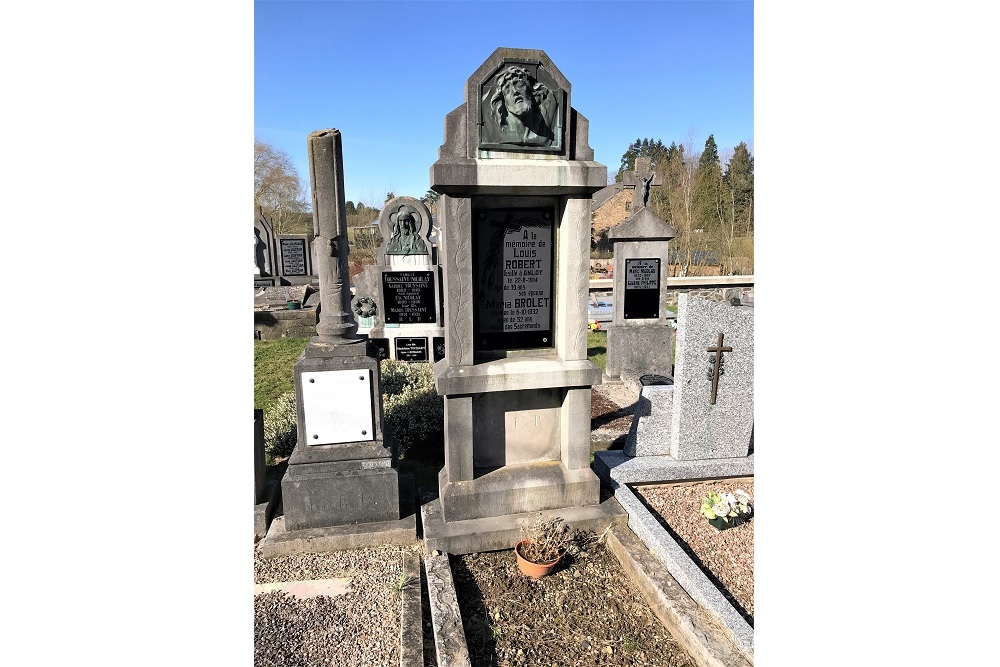 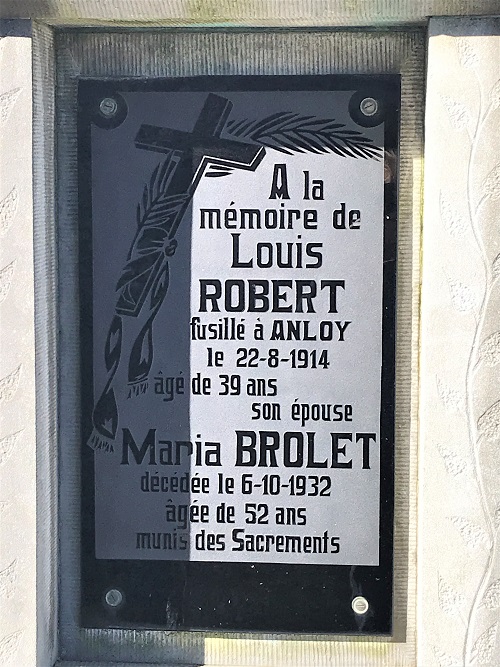 In the municipal cemetery next to the church of Anloy is the grave of a civilian victim of the First World War.


During the first days of the Battle of the Borders, numerous cruelties were committed by the Germans against the civilian population in the region of Anloy and Ochamps.
In the evening on August 22, 1914, 17 men were arrested in Anloy to fetch wood and water for the German troops in the forest. Later, the 17 are cold-blooded shot.