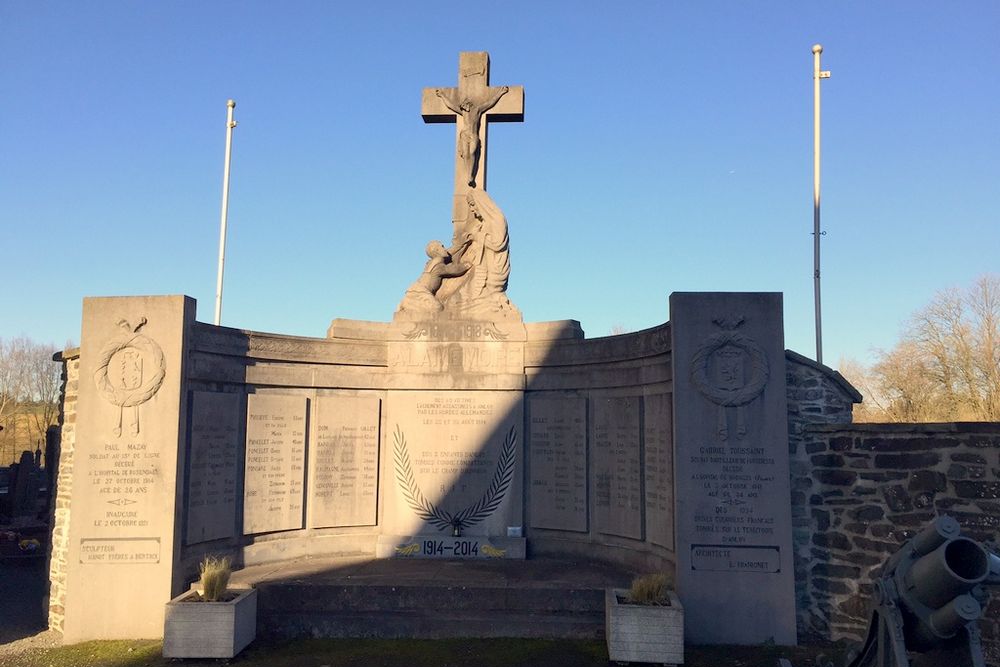 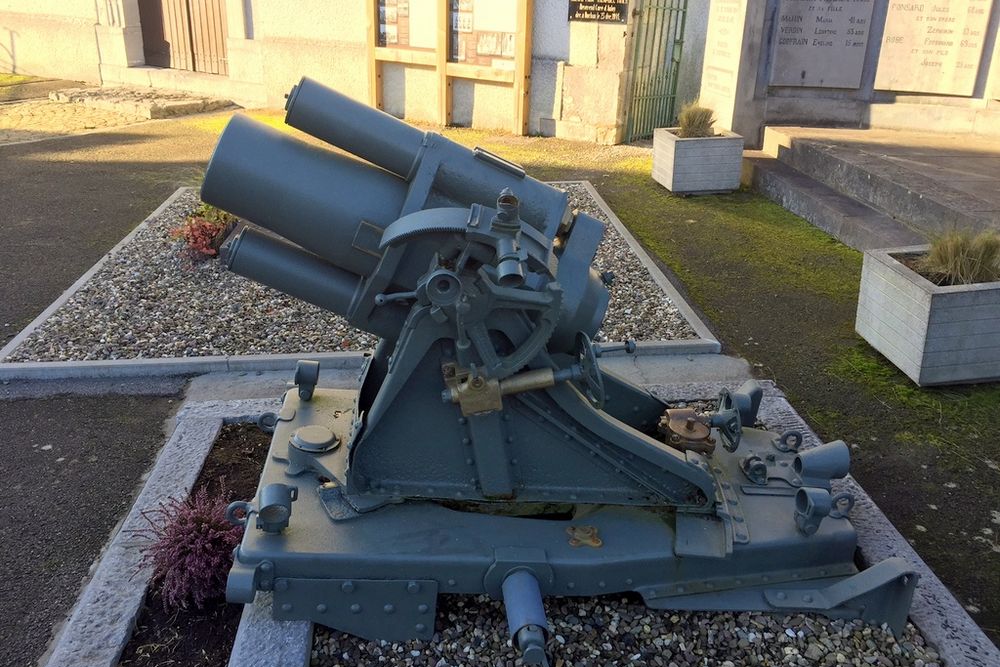 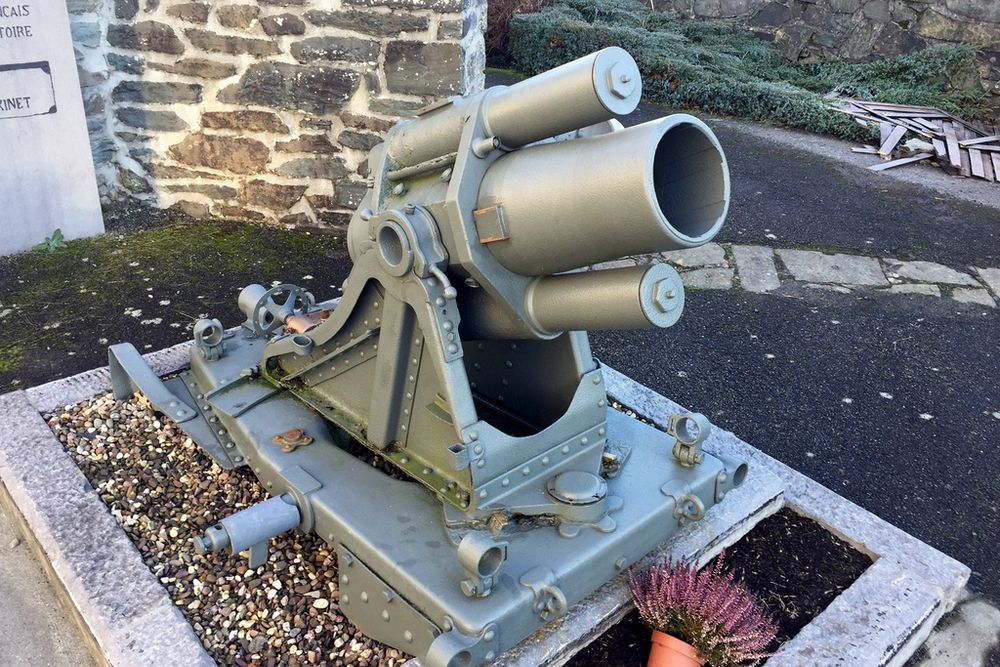 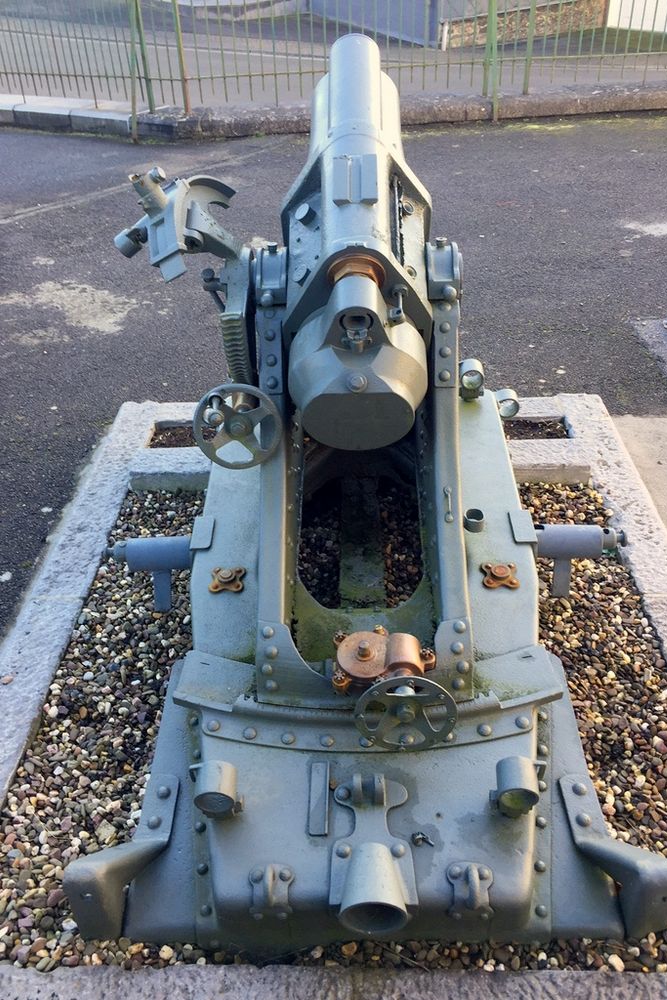 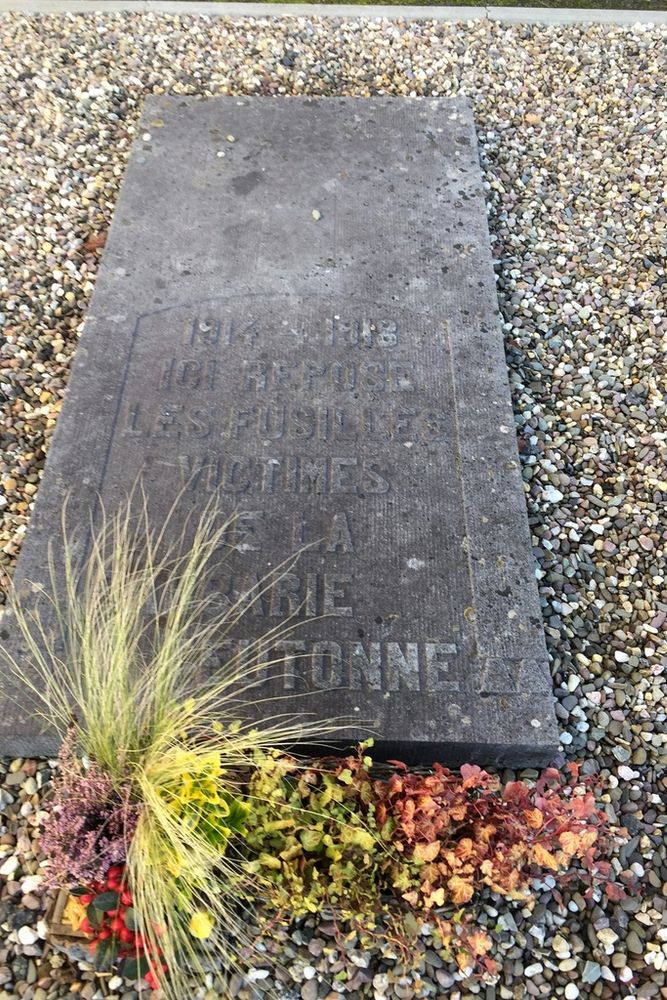 In the Ardennes, remembrance of World War I has often been overshadowed by that of World War II. Anloy, a martyred village and scene of an important battle in August 1914, is an exception to the rule. This monument commemorates the victims of 1914-1918 alone.

The 25th Infantry Division, officially the Grand Ducal Hessian (25th) Division (Großherzoglich Hessische (25.) Division), was a unit of the Prussian/German Army. It was headquartered in Darmstadt, the capital of the Grand Duchy of Hesse. German troops, afraid of Belgian guerrilla fighters, or francs-tireurs, burned homes or executed civilians or used them as human shield. A total of 50 men, women and children were executed or forced to march towards French machine guns, the youngest victim was 18 months old. The battle ended as a German victory, 1,150 french and 600 german soldiers died in Anloy on August 22-23 1914.

The monument was build in 1921, in 1946 a vault was built in front of the monument to hold the remains of civilian victims of 1914.

The German 17 cm mittlerer Minenwerfer was produced by Rheinmetall from 1913 to 1918. This type of weapon was used for destroying bunkers and field fortifications otherwise immune to normal artillery. It was a muzzle-loading, rifled mortar that had a standard hydro-spring recoil system. It fired 50 kilogram (110 lb) HE shells, which contained far more explosive filler than ordinary artillery shells of the same caliber. 116 were in service when the war broke out to some 2,361 in 1918.