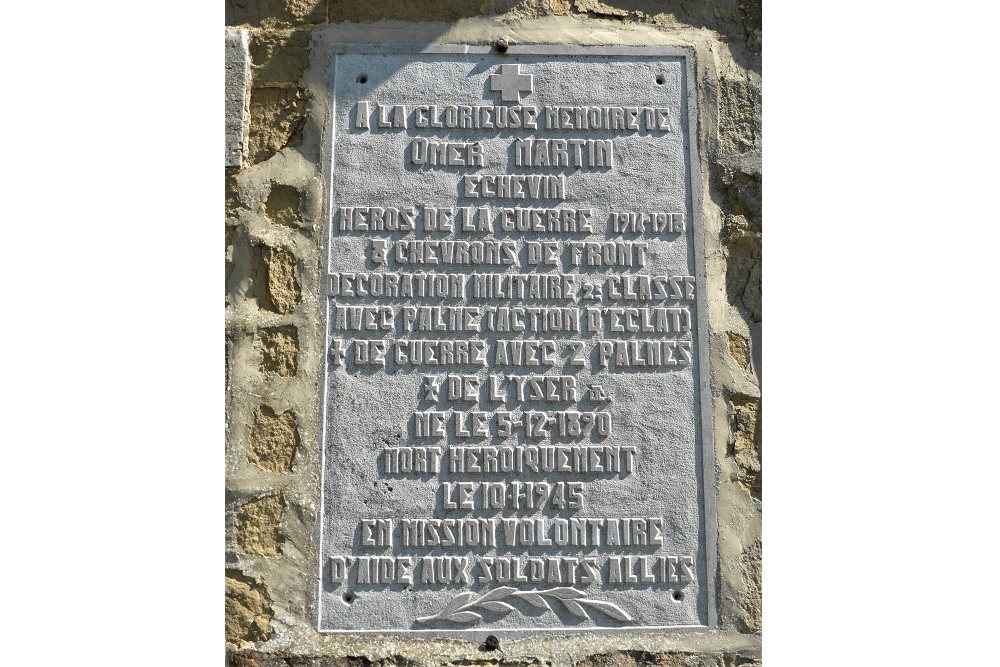 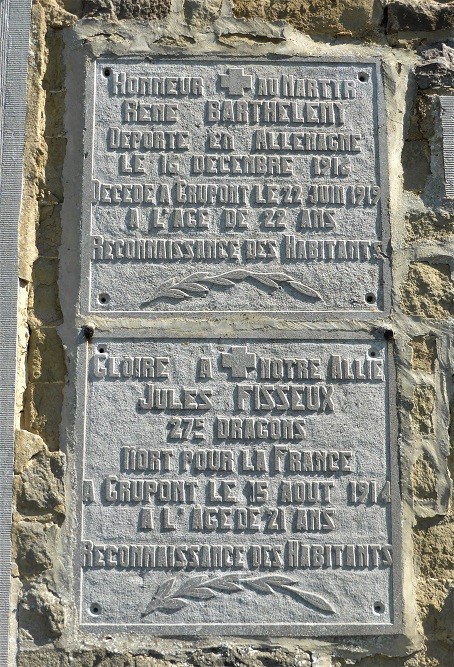 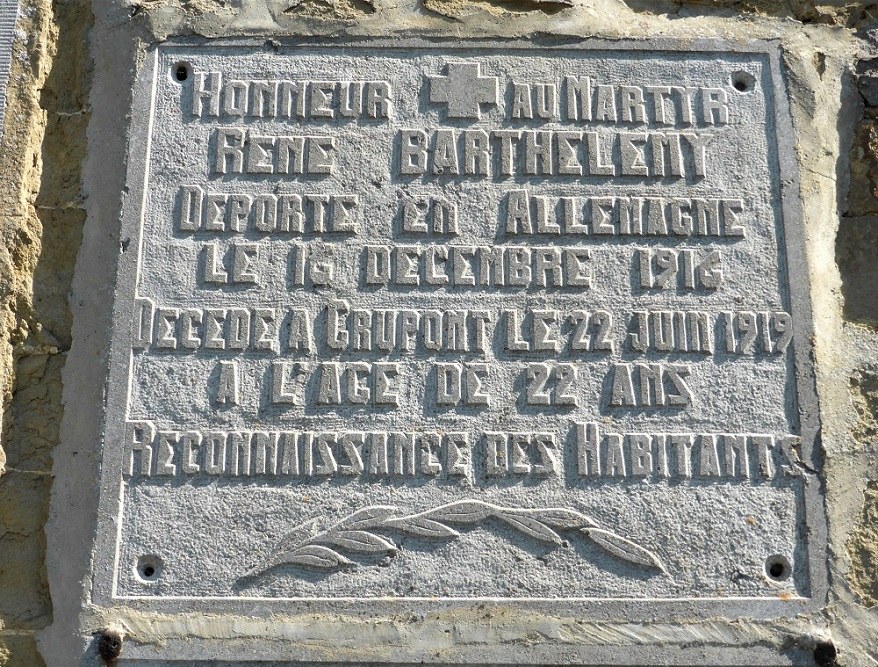 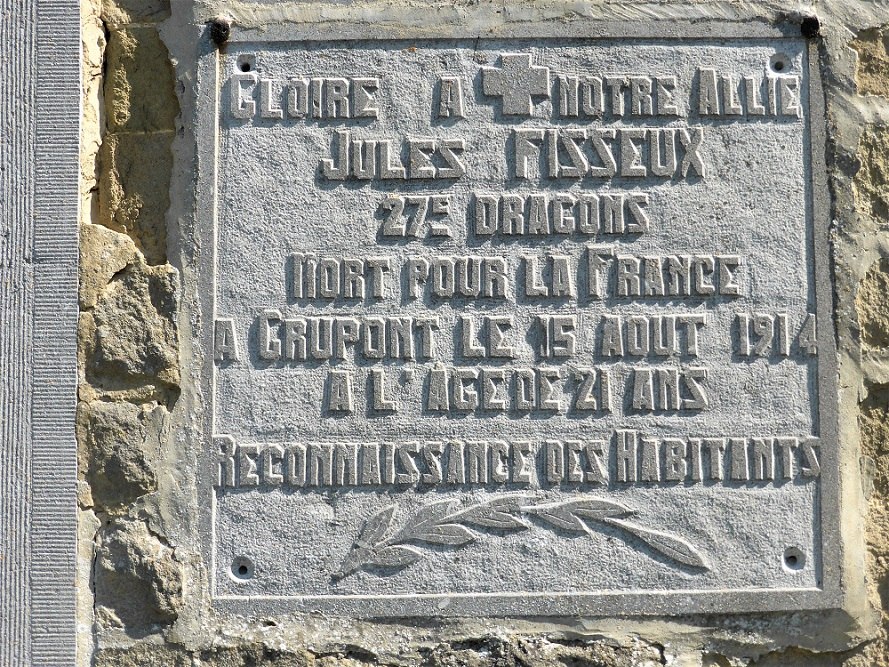 Several plaques hang on the facade of the Saint-Denis church.

Left:
"In the glorious memory of Omer MARTIN", Alderman of Grupont.
He fought on the Yser in the First World War and received various decorations for this. He was involved in World War II as a volunteer and died heroically in 1945.

Right:
"Glory to the martyr Rene BARTHELEMY.
Deported to Germany on December 16, 1916, in 1919
died in Grupont at the age of 22.
Recognition of the inhabitants "

"Glory to our ally
Jules FISSEUX, died for France on August 15, 1914, aged 21.
Recognition of the inhabitants "