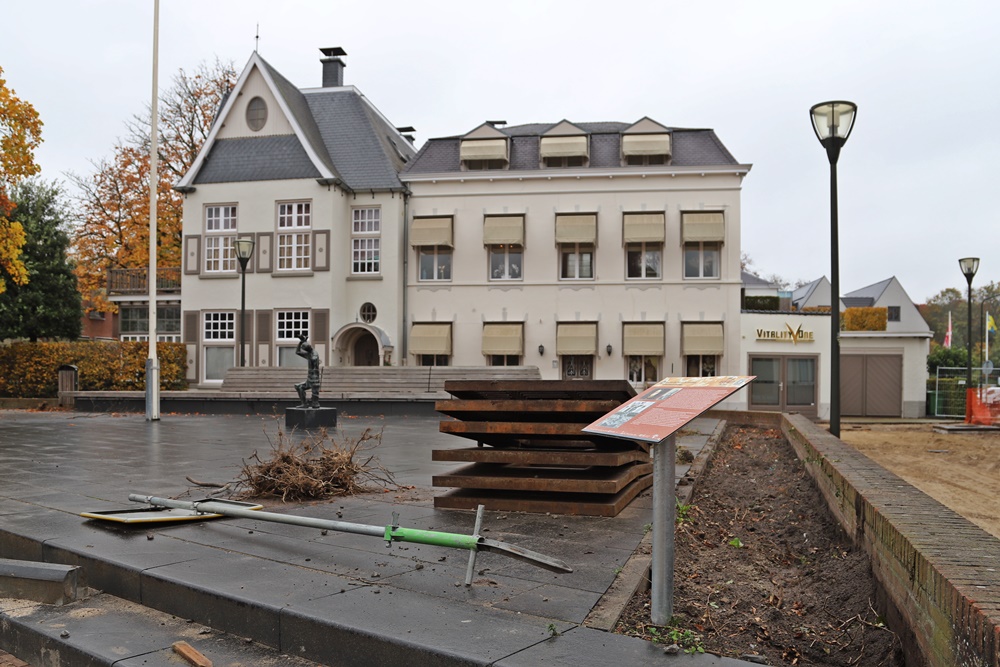 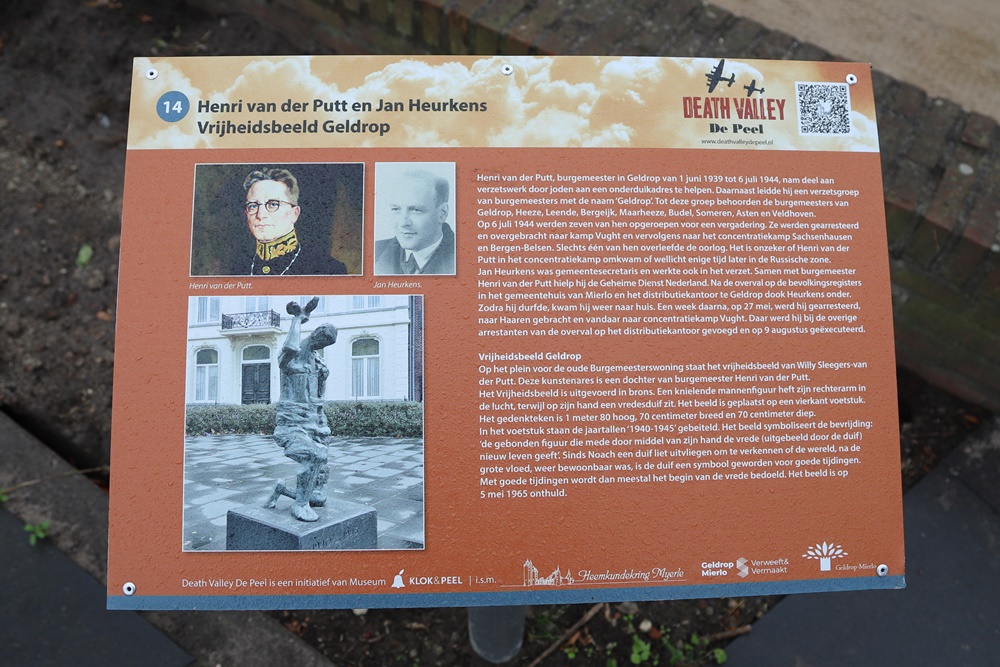 Henri van der Putt, mayor of Geldrop from June 1, 1939 to July 6, 1944, took part in resistance work by helping Jews find a hiding place. He also has a resistance group of mayors called 'Geldrop'. This group included the mayors of Geldrop, Heeze, Leende, Bergeijk, Maarheeze, Budel, Someren, Asten and Veldhoven. On July 6, 1944, seven of them were called to a meeting. They were arrested and taken to [towid] 58, camp Vught [/ towid] and then to concentration camp [towid] 436, Sachsenhausen [/ towid] and [towid] 458, Bergen-Belsen [/ towid]. Only one survived the war. It is uncertain whether Henri van der Putt died in the concentration camp or perhaps some time later in the Russian zone. Jan Heurkens was town clerk and also worked in the resistance. Together with mayor Henri van der Putt he helped the Geheime Dienst Nederland. After the raid on the population registers in [towid] 134254, town hall of Mierlo [/ towid] and the distribution office in Geldrop, Heurkens went into hiding. As soon as he dared, he came home again. A week later, on May 27, he was arrested, taken to Haaren and from there to concentration camp Vught. There he was added to the rest of the detainees of the raid on the distribution office and executed on August 9.

Statue of Liberty Geldrop
Willy Sleegers-van der Putt's statue of liberty stands on the square in front of the old Mayor's residence. This artist is a daughter of Mayor Henri van der Putt. The Statue of Liberty is executed in Bronze. A kneeling male figure raises his right arm in the air, while a peace dove sits on his hand. The statue is placed on a square pedestal. The memorial is 1 meter 80 high, 70 centimeters wide and 70 centimeters deep. The years '1940-1945' are engraved in the base. The statue symbolizes liberation: 'the bound figure who, partly by means of his hand, gives new life to peace (represented by the dove)'. Ever since Noah released a dove to explore the world after the great flood was habitable again, the dove has become a symbol of good tidings. Good tidings usually mean the beginning of peace. The statue was unveiled on May 5, 1965.