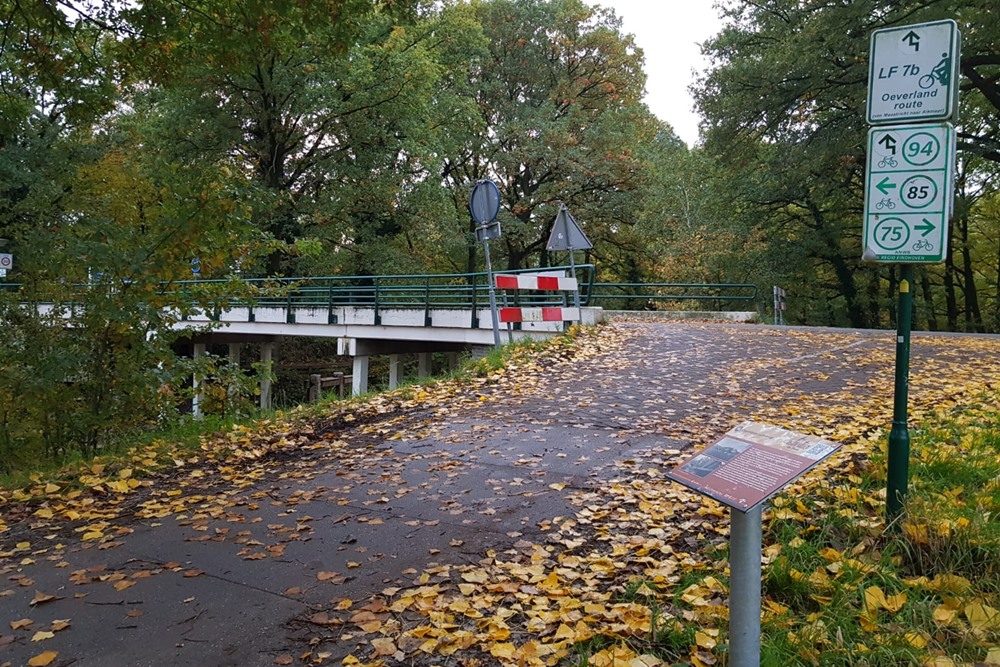 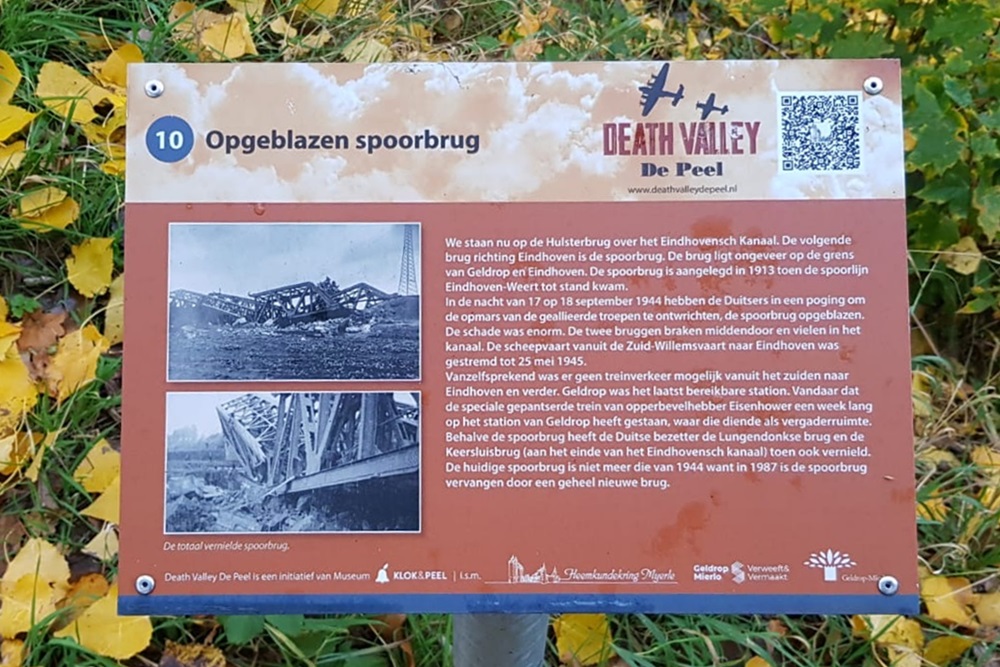 We are now on the Hulsterbrug over the Eindhovensch Kanaal. The next bridge towards Eindhoven is the railway bridge. The bridge is approximately on the border of Geldrop and Eindhoven. The railway bridge was constructed in 1913 when the Eindhoven-Weert railway line was established.
In the night of 17-18 September 1944, the Germans blew up the railway bridge in an attempt to disrupt the advance of the Allied troops. The damage was enormous. The two bridges broke in half and fell into the canal. Shipping from the Zuid-Willemsvaart to Eindhoven was blocked until May 25, 1945.
Obviously there was no train traffic possible from the south to Eindhoven and beyond. Geldrop was the last station to be reached. That is why the special armored train of Commander-in-Chief Eisenhower stood at Geldrop station for a week, where it served as a meeting room. In addition to the railway bridge, the German occupier also destroyed the Lungendonk bridge and the Keersluis bridge (at the end of the Eindhovensch canal). The current railway bridge is no longer that of 1944 because in 1987 the railway bridge was replaced by a completely new bridge.