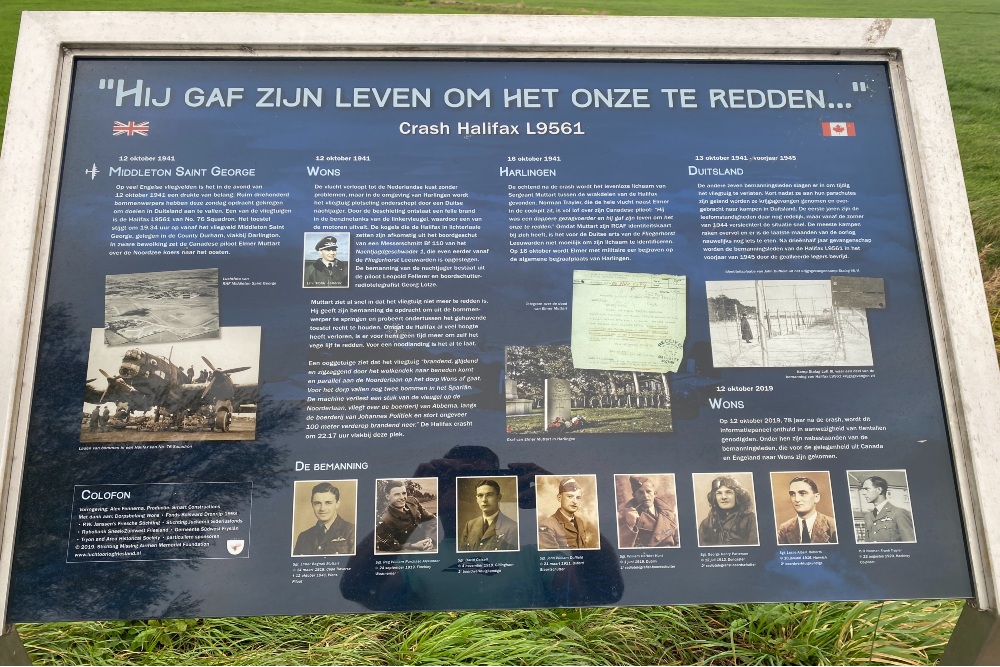 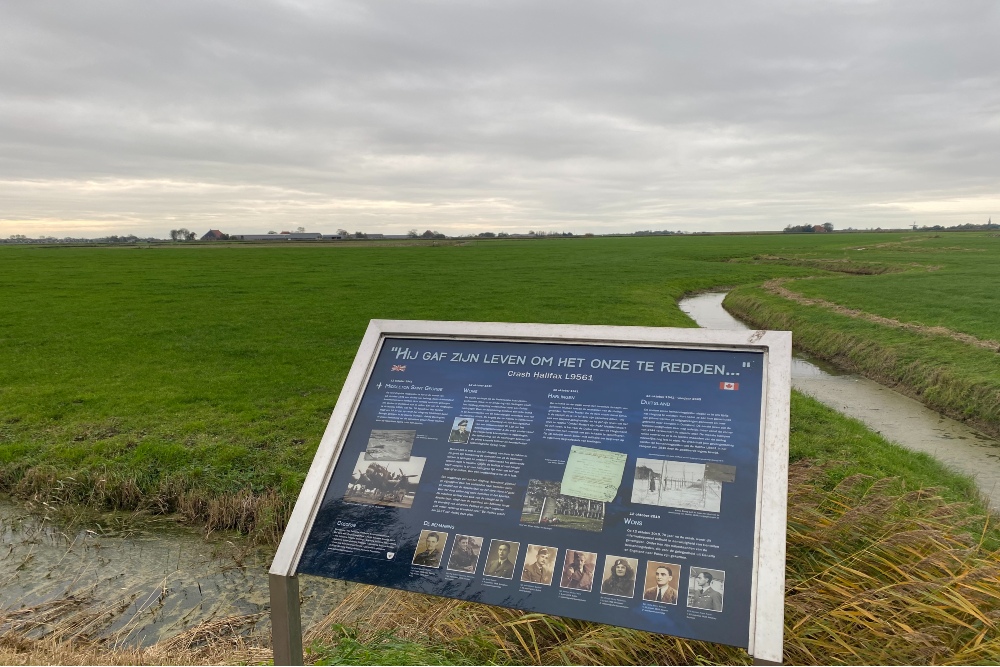 Just outside Wons on the Weersterweg is an informationpanel about the crash of Halifax L9561. Halifax L9561 from No76 Squadron took of on October 12, 1941 from airfield Middleton Saint George in County Durham for a bombardment on Germany.

The flight goes well without any trouble until they reach the Dutch coast near Harlingen where the Halifax is intercepted by a German nightfighter. The German nightfighter attacks the Halifax and shoots it on fire. Pilot Elmer Muttart (RCAF) sees that his plane is going down and orders his crew to bail out. Muttart himself isn't able to get out of the burning plane in time and does his best to steer the Halifax away from the town of Wons. Just before crashing in a field just outside Wons he drops a couple of bombs. Sergeant Elmer Muttart is killed in action.

The rest of the crew is taken prisoner by the Germans and they are all transported to POW camps in Germany where they are liberated after the war.
Sergeant Muttart's body is found the next day after the crash between the remains of the Halifax. He is buried in Harlingen on October 16, 1941 with military honour. He is still buried at Harlingen General Cemetery nowadays.

The information panel is erected on October 12, 2019 in the presence of relatives of the crewmembers.