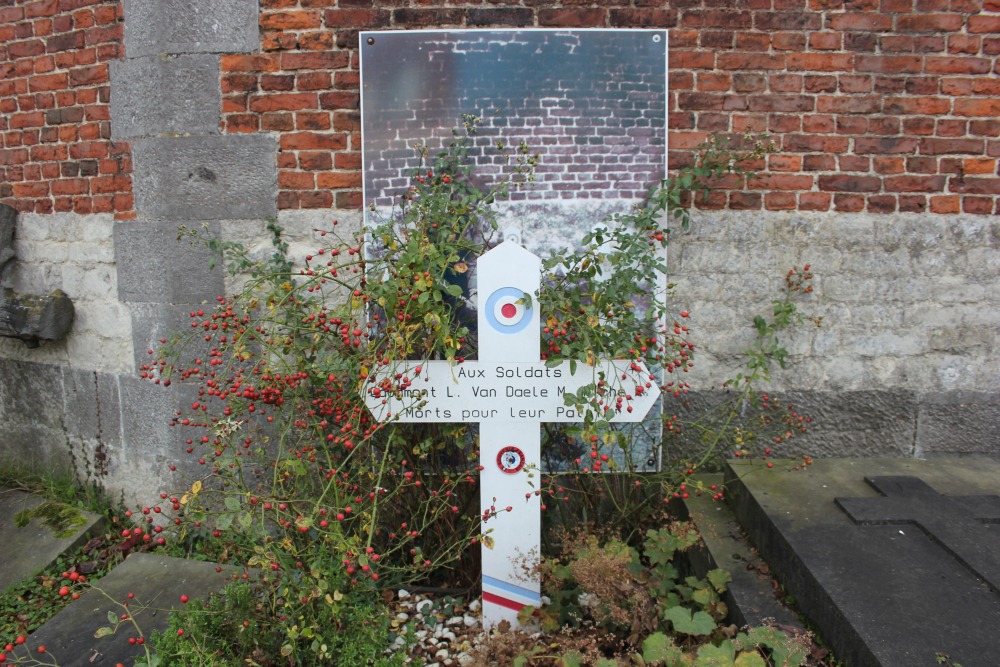 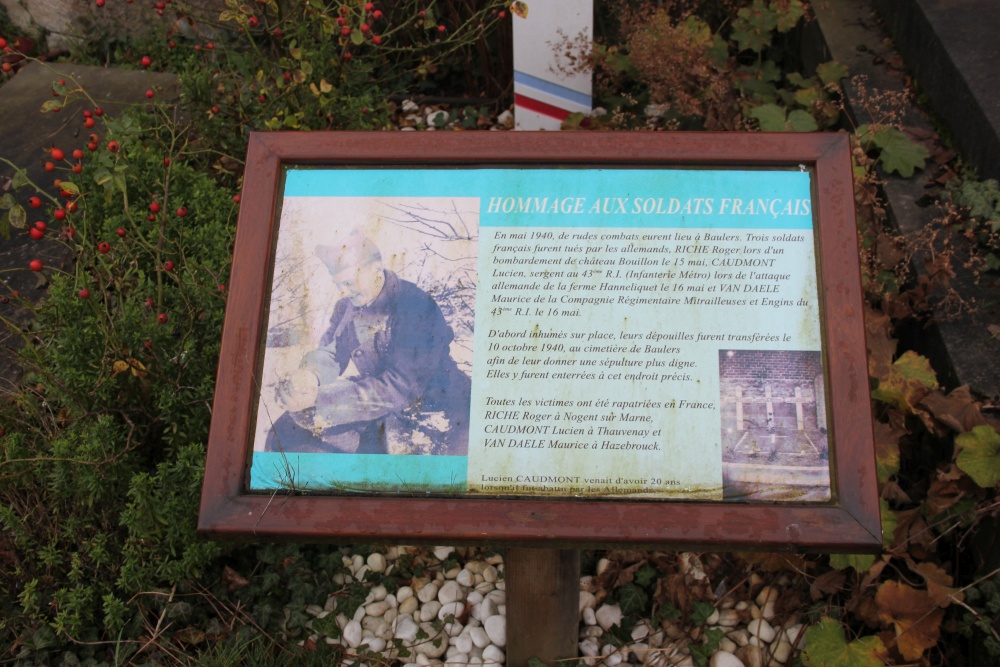 In the churchyard in Baulers is a cenotaph in memory of three French soldiers who died at Baulers on 16 May 1940. RICHE Roger, CHAUDMONT Lucien and VAN DAELE Maurice were initially buried in Baulers but their bodies were later repatriated to France.