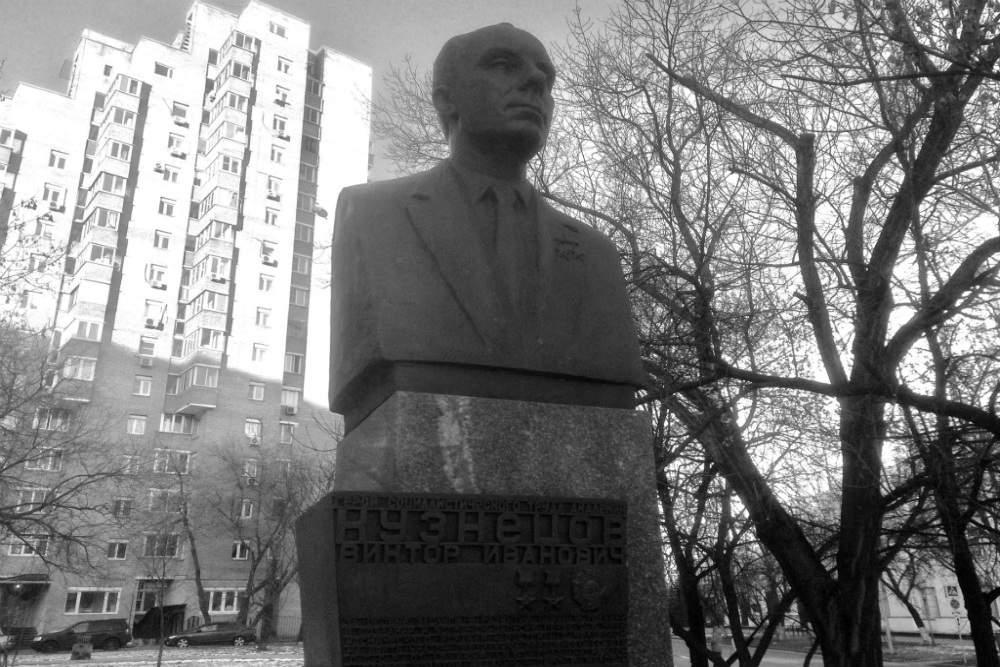 This is the monument of Soviet scientist and constructor Viktor Ivanovitch Kuznetsov that is situated near the buildings of Russian space systems company. He was prominent scientist and made great contribution to development of Soviet military and space missile programs.

In 1941 he was an employee of Soviet ministry of foreign trade and worked in Germany. When the war began, he was arrested with other Soviet citizens and later was sent to Soviet Union via Turkey. During the war, he worked at the research Institute in Sverdlovsk. The main work done during the war, Kuznetsov himself considered the stabilizer for tanks, which significantly increased the aim of shooting. That work was awarded by Stalin prize in 1946.

In April 1945 Viktor Kuznetsov was sent to Germany where he studied German missile program, especially famous missiles V-2. Later he was appointed head of the newly created research Institute-10, that was assigned to develop gyroscopes. Starting with the R-1 rocket, its instruments were on all rockets, on spaceships, on interplanetary stations.

He died on March 22, 1991 and was buried in Moscow at the Novodevichy cemetery.