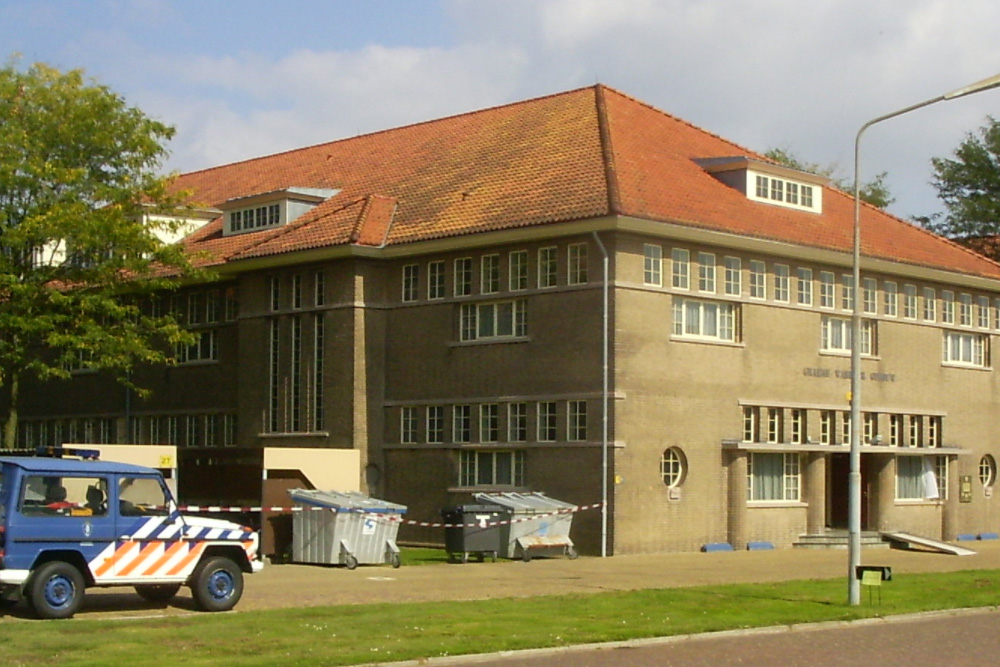 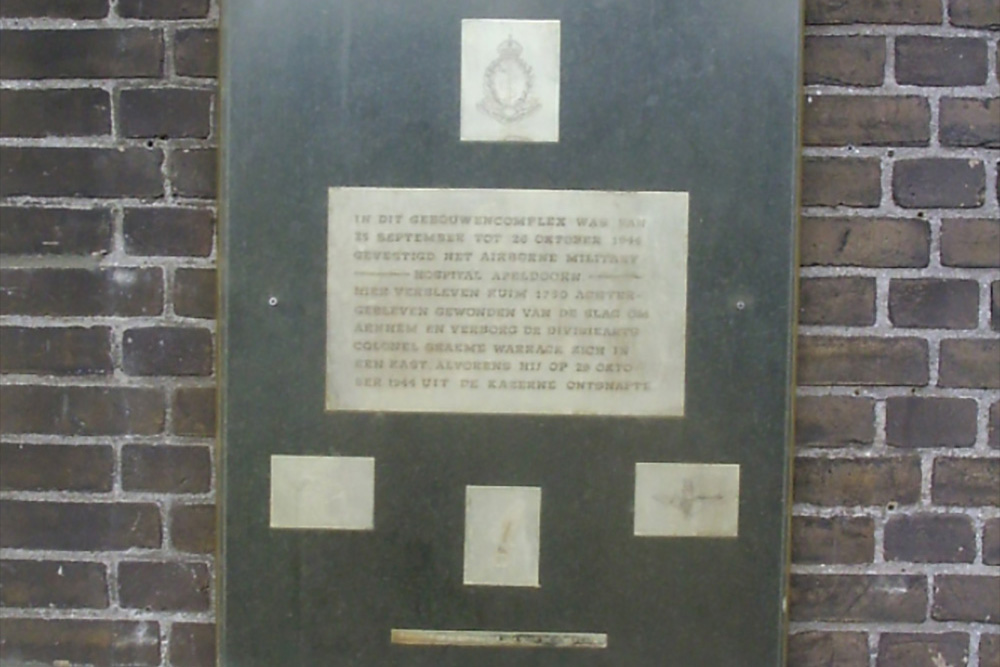 The barracks were used in April 1939 by the 1st Regiment of Hussars Motorcyclists and the 2nd Regiment of Cyclists of the Royal Netherlands Army.

During the German occupation, the barracks was one of the most notorious prisons in the Netherlands. An attempt by the resistance to free prisoners on November 28, 1944 failed.

Part of the barracks was also used for the internment of more than 1,750 wounded Allied prisoners of war after the failed air landings near Arnhem. This part was known as the "Airborne Military Hospital Apeldoorn". A plaque is attached to the building.

The barracks were liberated by the Canadians in April 1945, after which the complex was put into use as an internment camp for collaborators and Germans.

Air-raid shelters [/ b]
The Germans built a total of 18 air raid shelters on the site. Most have now been boarded up. A few are in use by bats.