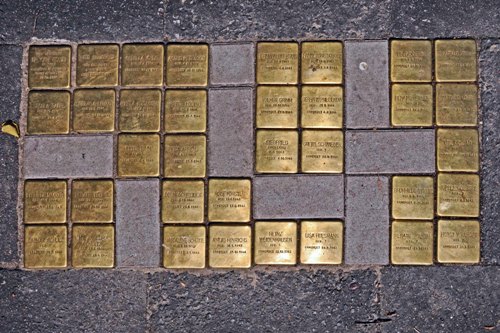 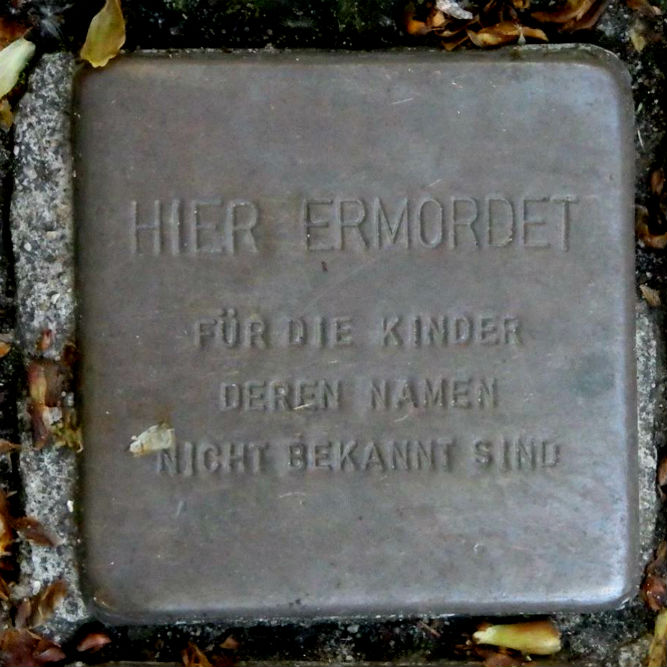 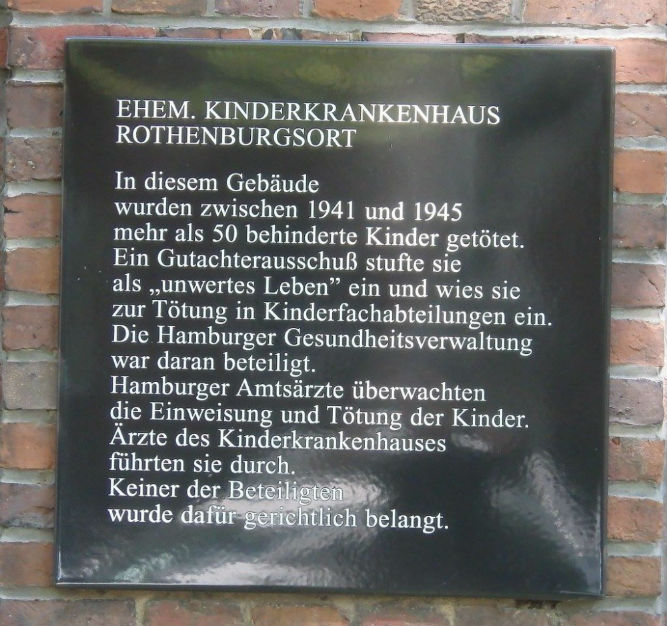 In front of the "Institut für Hygiene und Umwelt" in Hamburg are 35 memorial plaques (Stolpersteine or stumbling stones). They commemorate 56 childeren who were killed at the former Kinderkrankenhaus Rothenburgsort (Rothenburgsort Children's Hospital) by the Nazis because they were physically or mentally handicapped.

Also at this location is a large plaque in German. Translated, it states:

- Former Rothenburgsort Children's Hospital
Between 1941 and 1945, more than 50 disabled children were killed in this building. An expert committee classified them as an "unworthy life" and instructed they be killed in the children's wards.
The Hamburg health administration was involved.
Hamburg medical officers monitored the admission and killing of children.
Doctors of the Children's Hospital carried out the orders.
None of the participants was prosecuted.