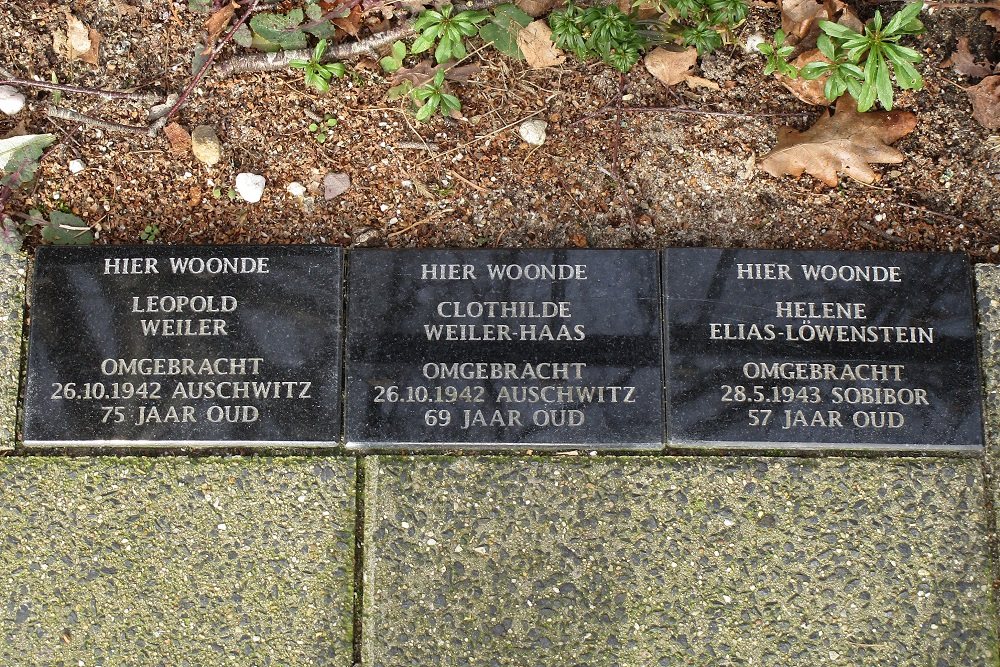 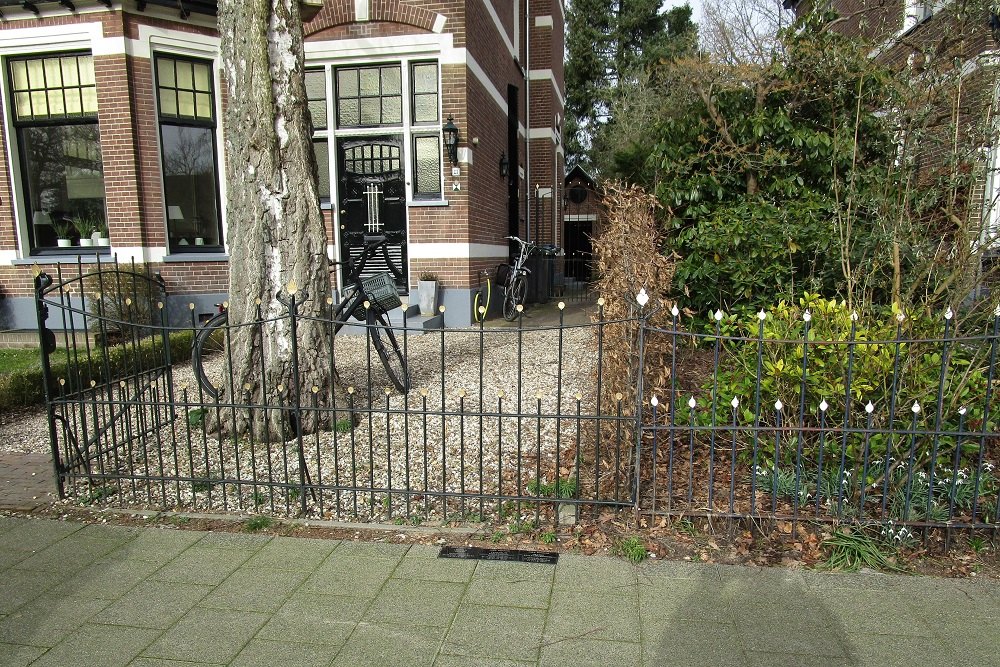 Here in Apeldoorn three Remembrance Stones are laid for:

HELENE ELIAS-LÖWENSTEIN, murdered on May 28, 1943 in Sobibor.

These Remembrance Stones are here for jewish war victims, deported and murdered in the Second World War.