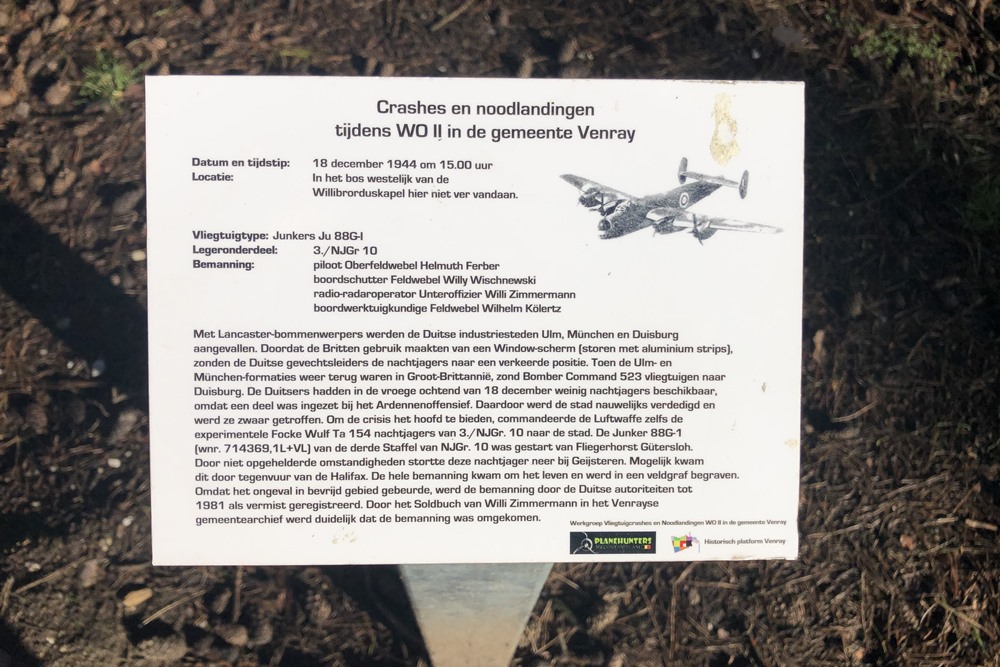 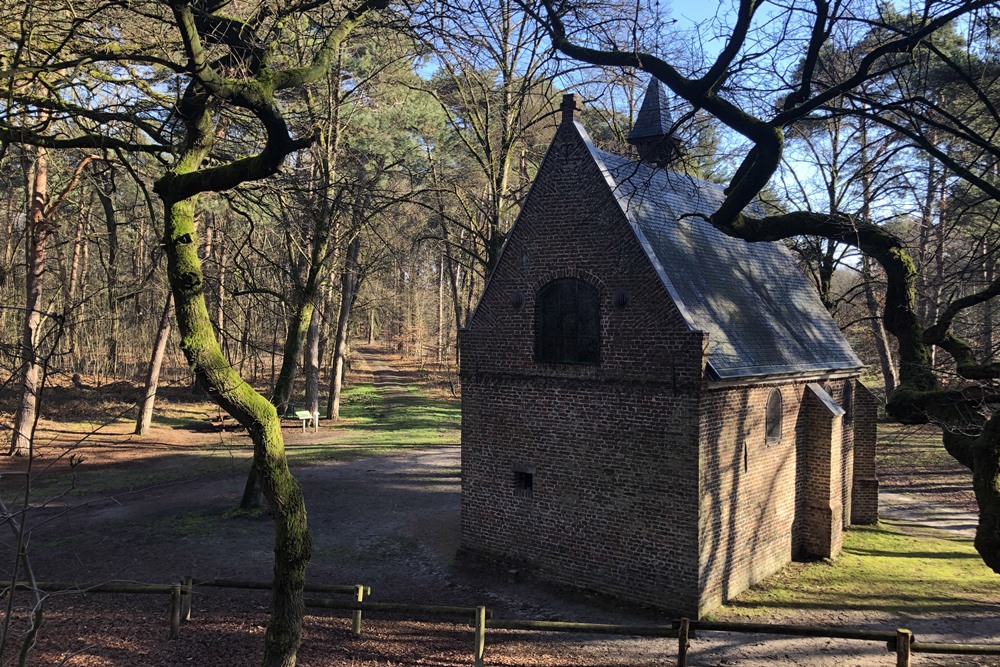 Date and time: December 18, 1944 at 3 p.m.
Location: In the forest to the west of the Willibrorduskapel not far from here.

Lancaster bombers attacked the German industrial cities of Ulm, Munich and Duisburg. Because the British used a Window screen, the German battle leaders sent the night fighters to the wrong position. When the Ulm and Munich formations were back in Britain, Bomber Command sent 523 planes to Duisburg. The Germans had few night fighters available in the early morning of December 18, because some of them were deployed in the Battle of the Bulge. As a result, the city was barely defended and hit. To face the crisis, the Luftwaffe itself commanded the experimental Focke Wulf Ta 154 night fighters from 3./NJGr. 10 to town. The Junker 88G-1 (wnr. 714369, 1L + VL) of the third Staffel of NJGr. 10 was started from Fliegerhorst Gütersloh. Due to unknown circumstances, this night fighter crashed near Geijsteren. This may have been due to backfire from the Halifax. The entire crew was killed and buried in a field grave. Because the accident happened in liberated area, the crew was registered as missing by the German authority until 1981. The Soldbuch of Willi Zimmermann in the Venray municipal archives made it clear that the crew had died.