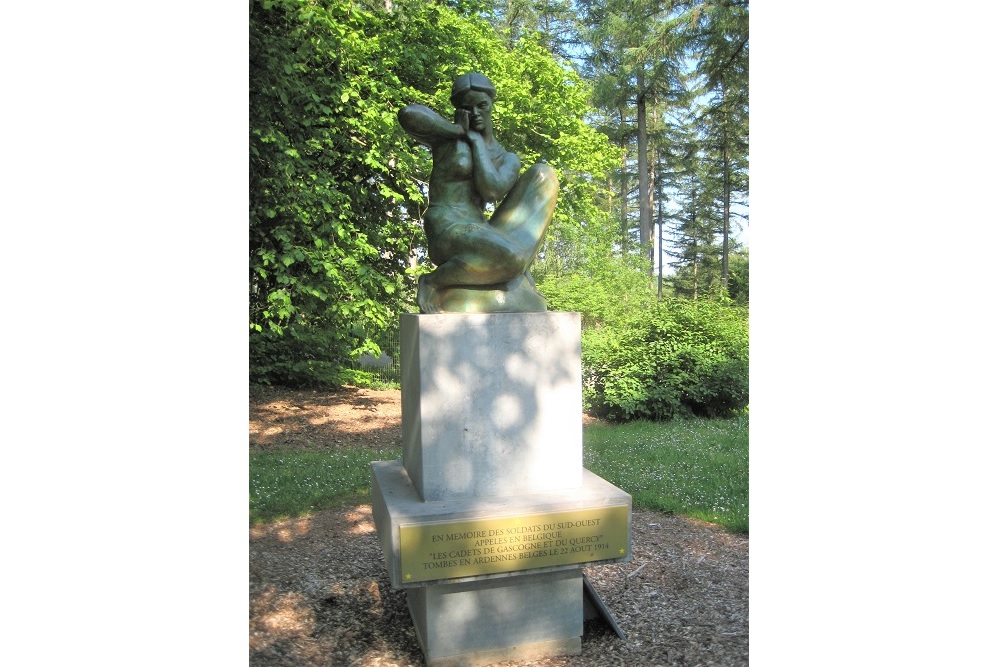 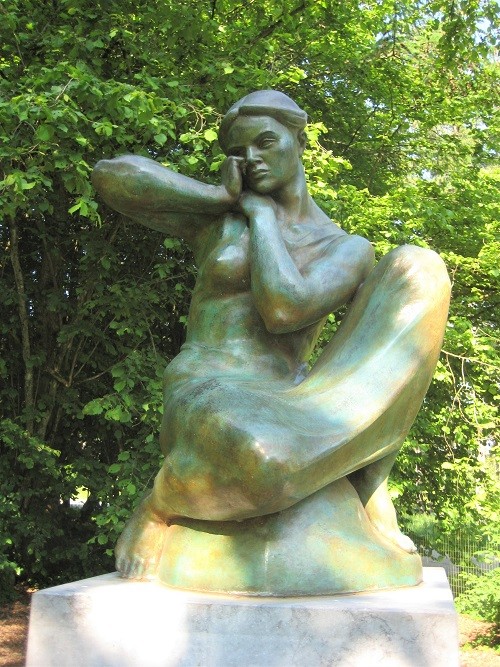 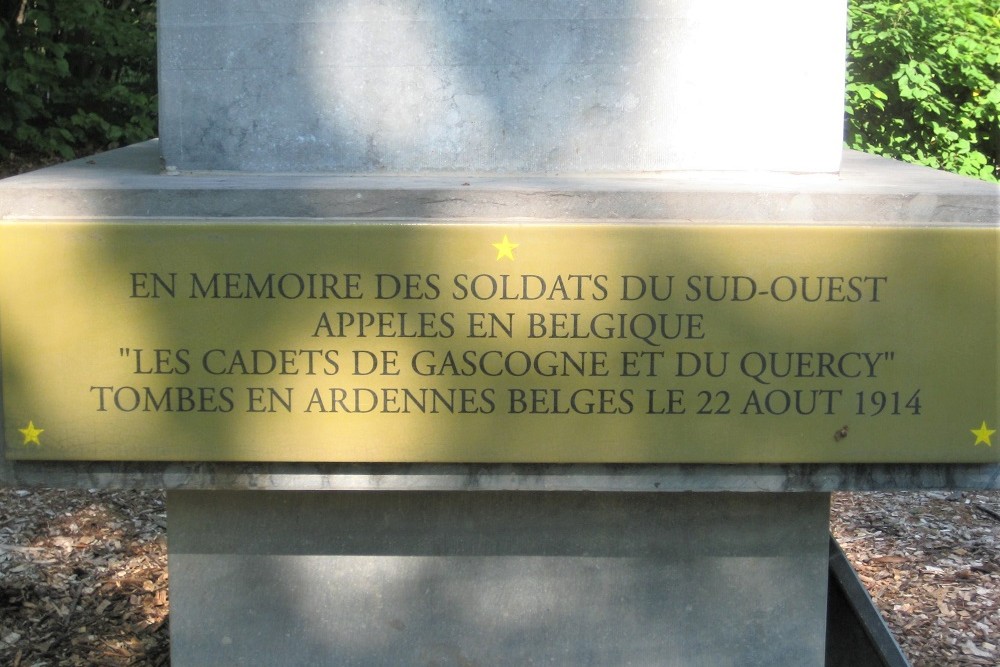 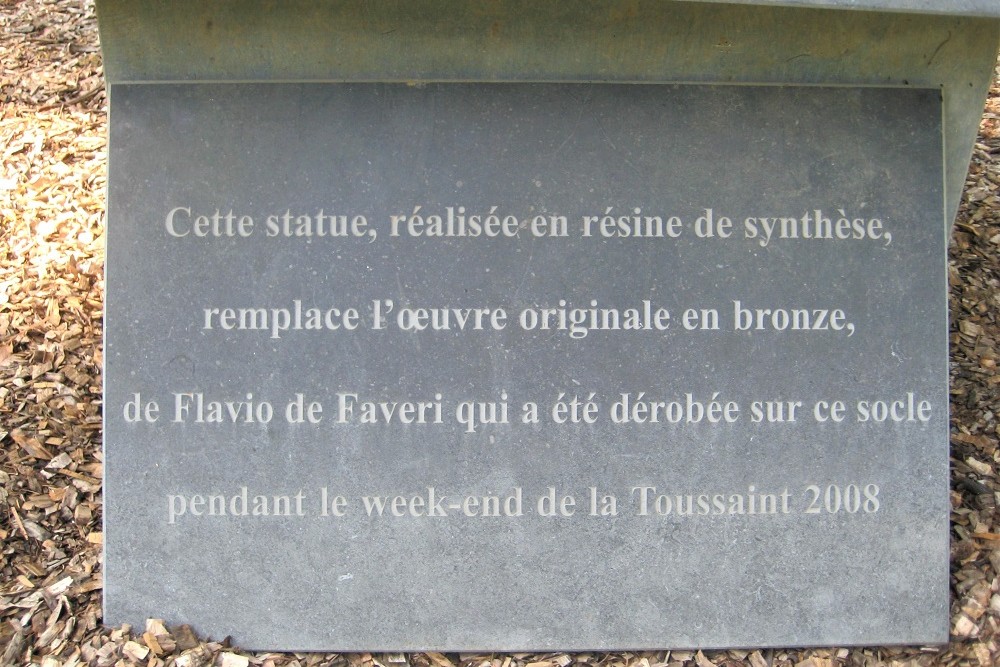 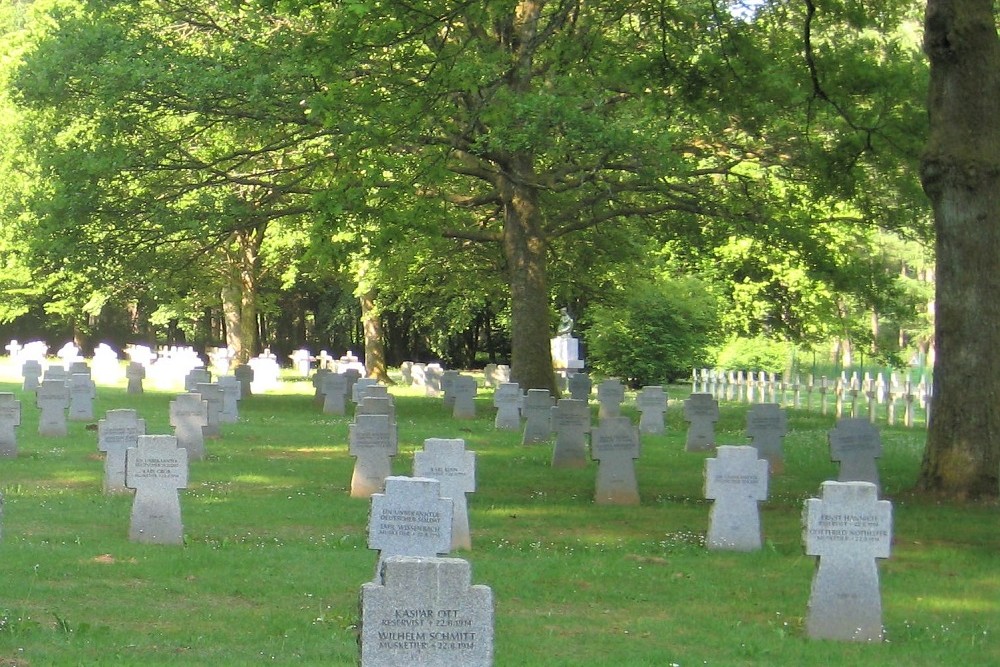 In 2000, a monument "De Melancholie" was placed at the edge of the cemetery. It shows a seated woman with a melancholic look.
It was originally a bronze statue carved by Flavio Faveri, but after a theft in 2008, a replica was made of synthetic resin.

The monument is placed in memory of the soldiers from South West France "Les cadets de Gascogne et du Quercy".
About 2,500 Tarn-et-Garonnais (40% of the two regiments mobilized in Montauban), the cadets of Gascony and Quercy, were killed in the "Battle of the Borders" which took place in the Anloy - Bertrix - Ochamps region on 22 and 23 August 1914, a few days after the invasion of Belgium by the German troops.