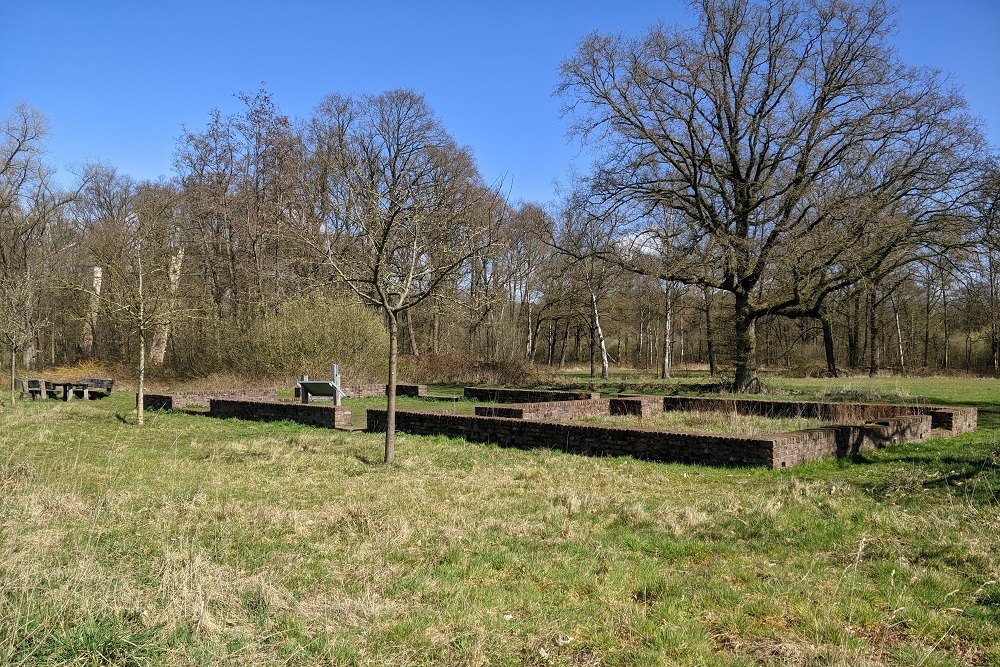 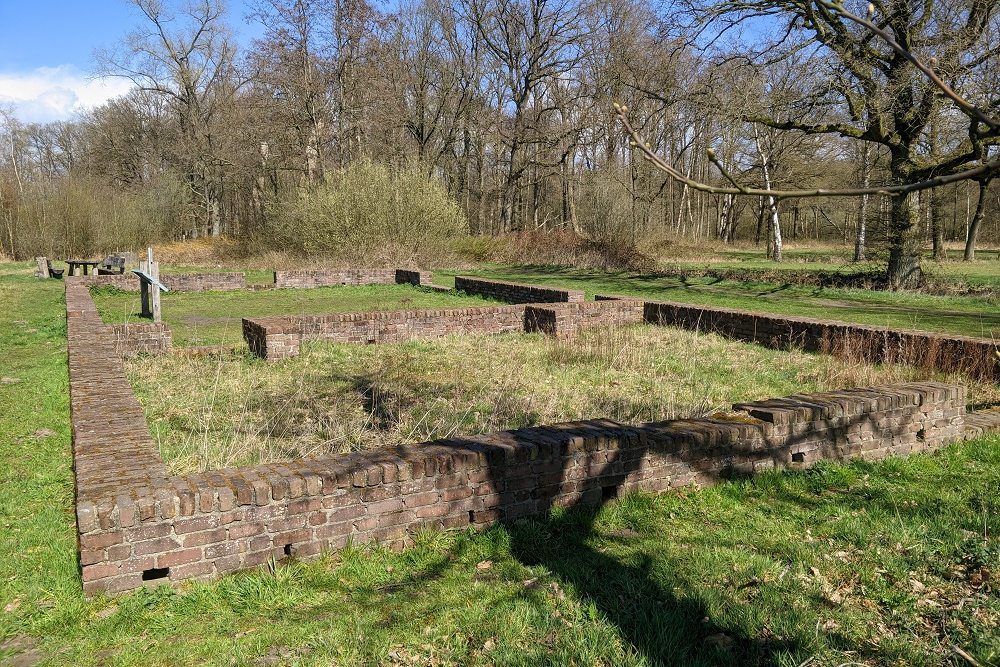 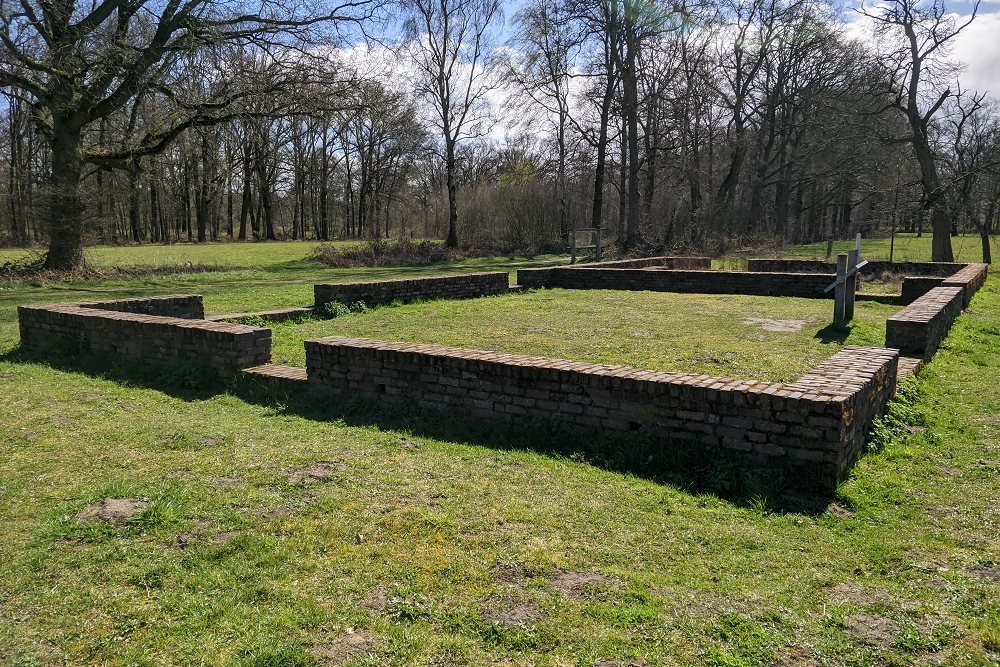 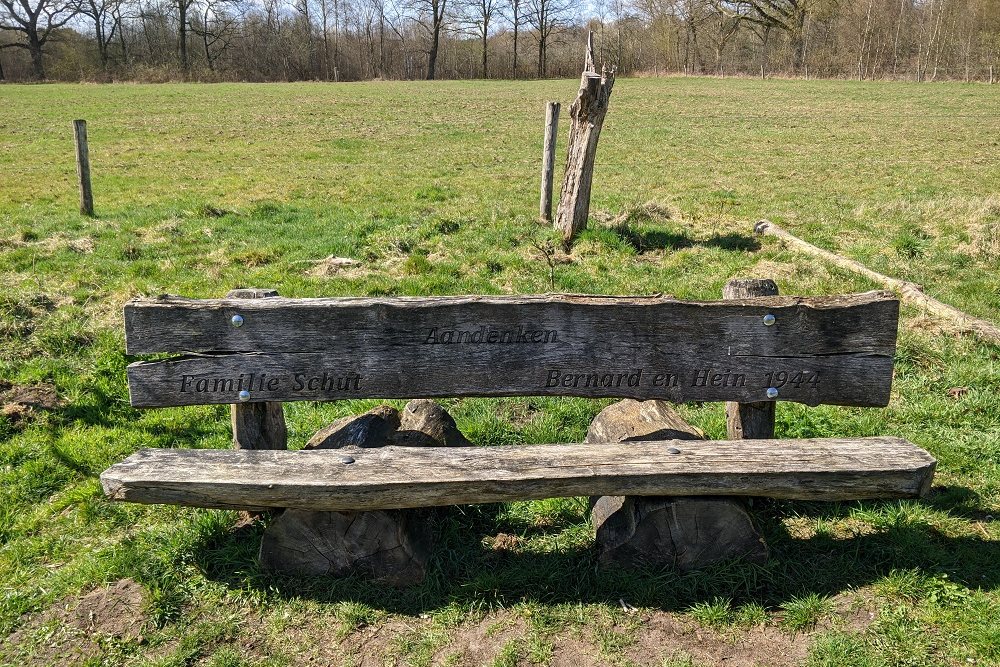 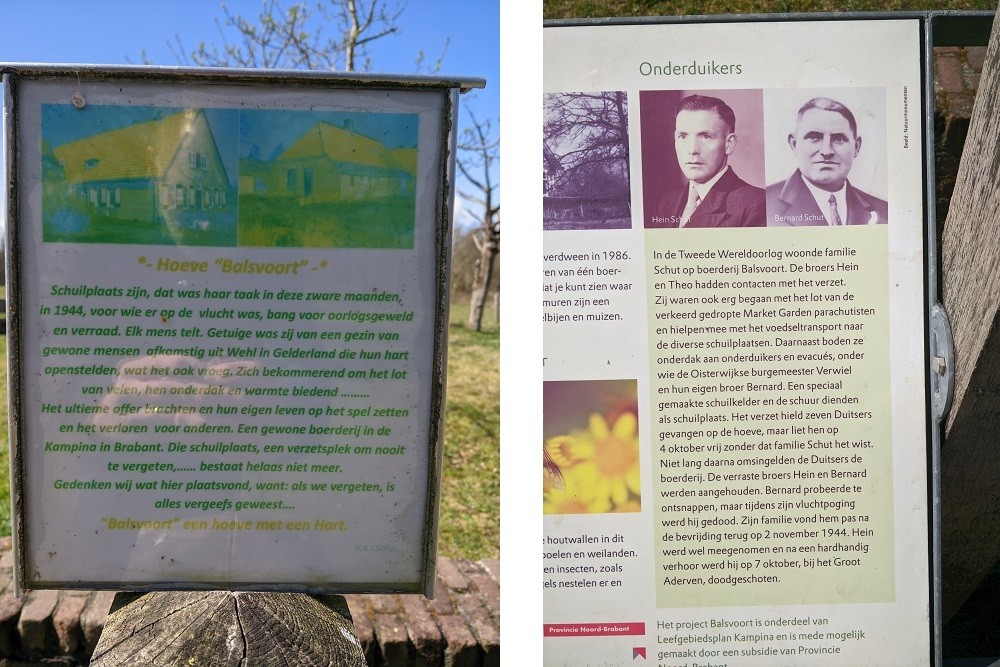 During the Second World War, the Schut family lived on the Balsvoort farm. The brothers Hein and Theo had contacts with the resistance.
They were also deeply concerned about the fate of the Market Garden paratroopers that had been dropped incorrectly and helped transport food to the various shelters. They also provided shelter to people in hiding and evacuees, including the Oisterwijk mayor Verwiel and their own brother Bernard. A specially made air raid shelter and barn served as a shelter.
The resistance detained seven Germans on the farm, but released them on October 4 without the Schut family knowing. Not long after, the Germans surrounded the farm. The surprised brothers Hein and Bernard were arrested. Bernard tried to escape, but was killed in the attempt to escape. His family did not find him until after the liberation on 2 November 1944. Hein was taken away and after a heavy interrogation he was shot dead on 7 October near the Groot Aderven.

The farm was demolished in the eighties and returned to nature, but afterwards the outline of the farm was made visible again in the landscape with a low wall. There, a memorial plaque commemorates the execution of the Schut brothers.