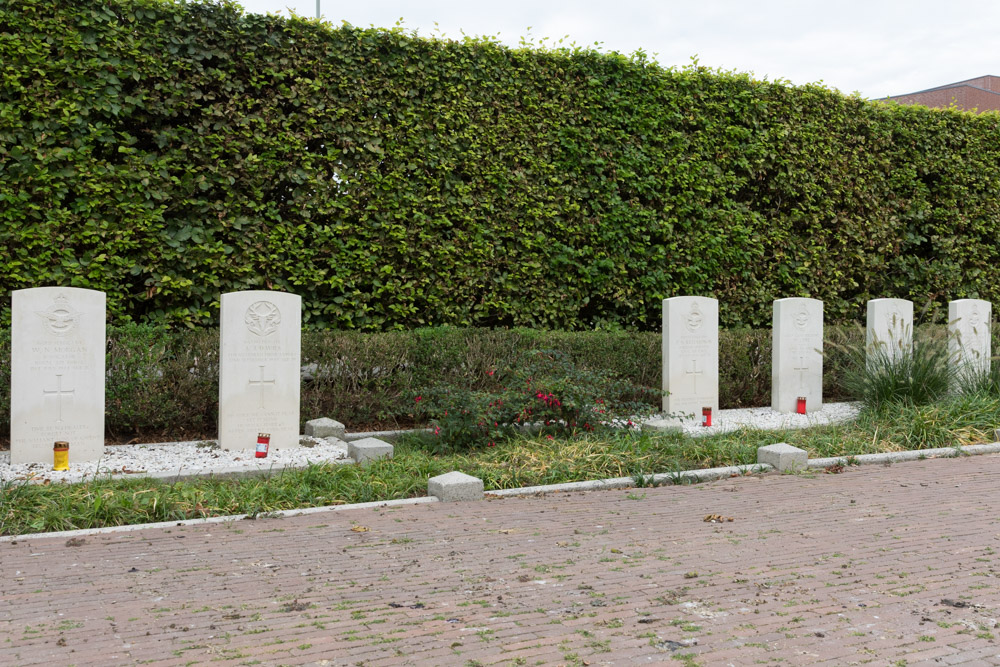 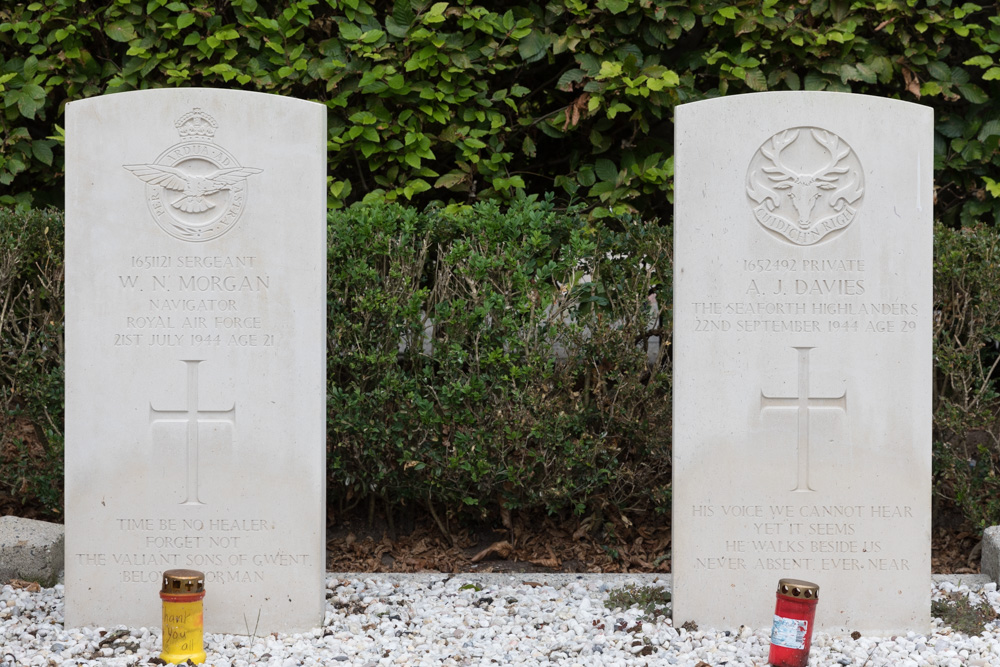 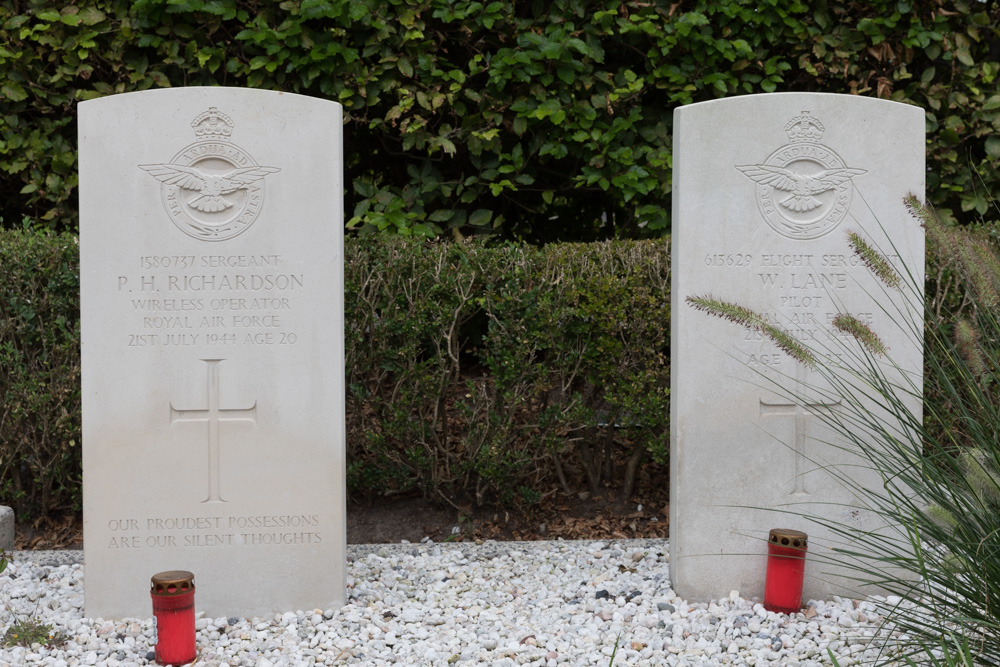 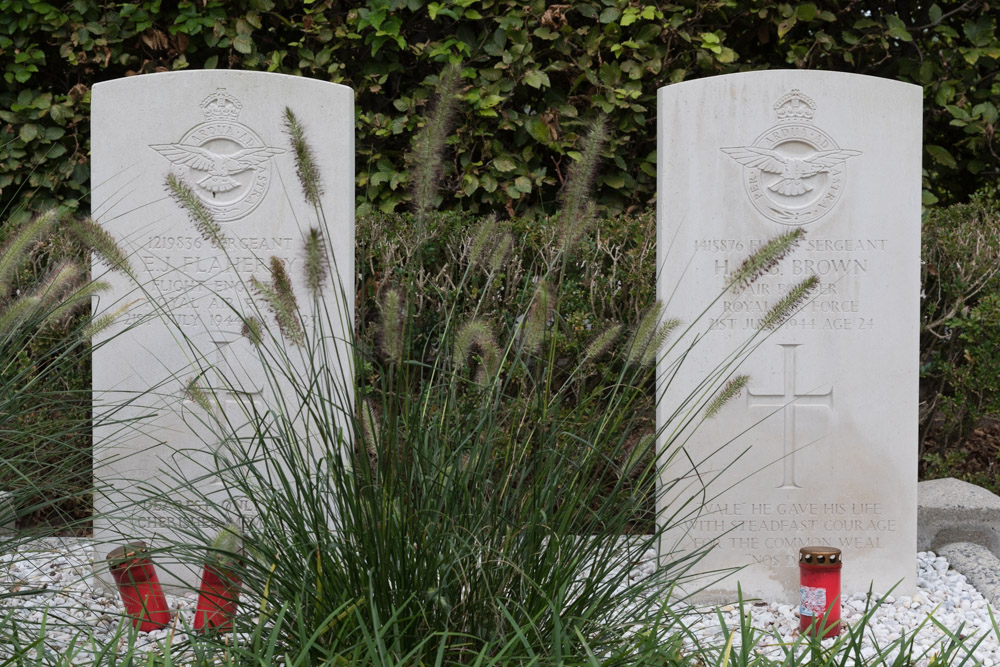 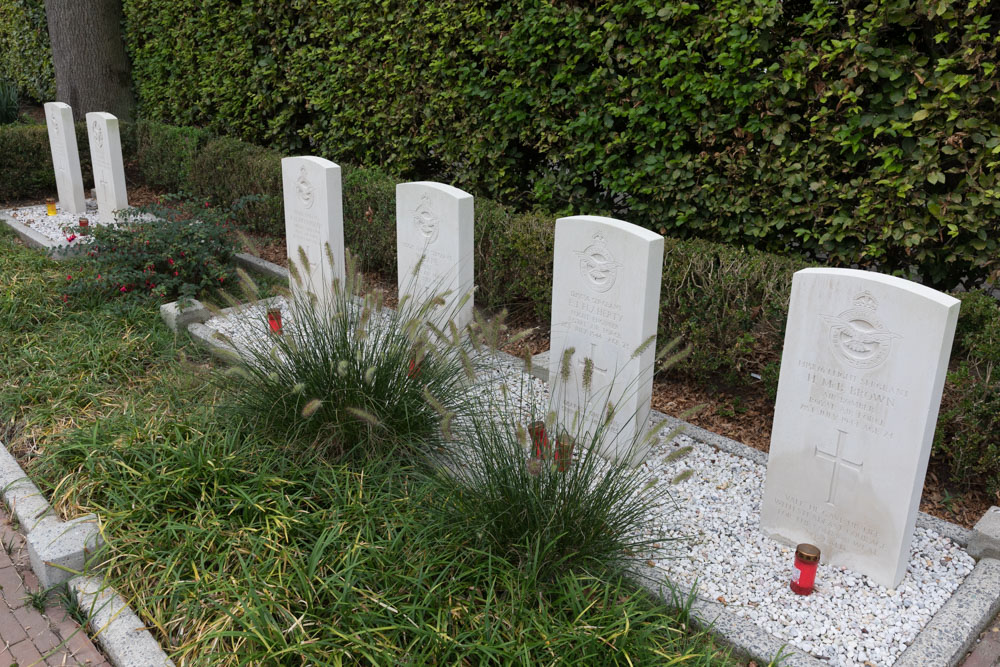 Near the entrance of Holy Heart of Jesus Roman Catholic Cemetery in Boxtel are the graves of five airmen of the Royal Air Force, who were killed on 21/07/1944 and one British soldier.
The five airmen were part of the sevenheaded crew of a Lancaster bomber. This Lancaster crashed in Boxtel. There mission was to bomb the aviationfuel plant of Homberg (Germany). There Lancaster was part of a group of 147 Lancasters and 13 Mosquitos that joined this mission. During this succesfull mission the losses were high, 20 Lancaster were lost due an attack by German night fighters. Of the sevenheaded crew five are burried in this cemetery and the two others (gunners) are burried in Eindhoven Woensel Cemetery.

These are the graves of: