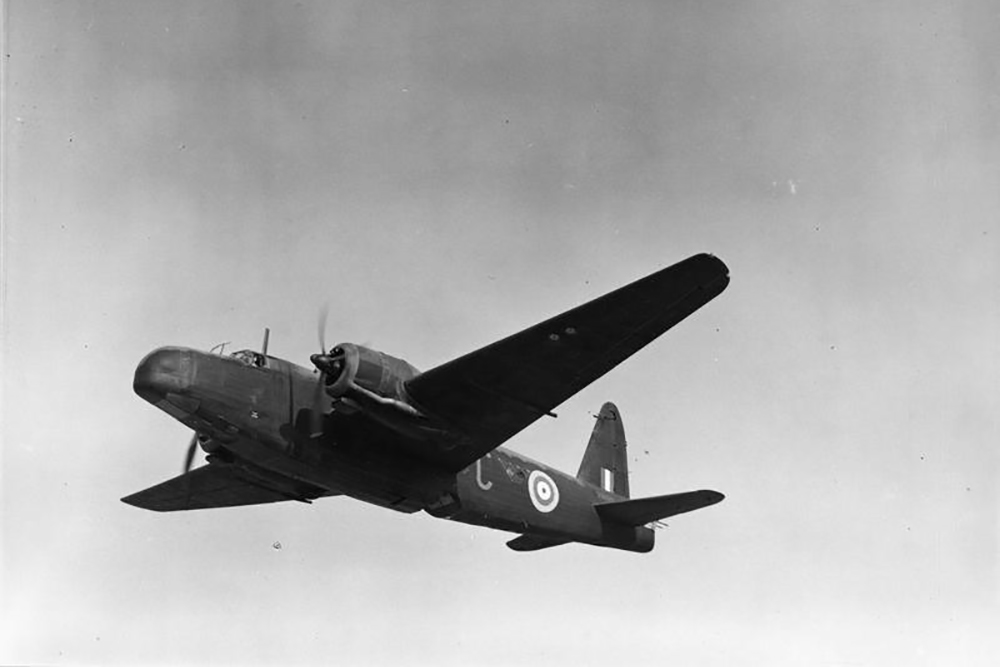 At 7.40pm on 26th of March 1942 Wellington IV BH-L (Z1269) took off from RAF Hemswell for a mission against Essen. The plane was intercepted above Den Helder by a night fighter flown by Oberleutnant Egmont Prinz zur Lippe-Weissenfeld from 5./NJG 2.

The first German attack (22.25) against the Wellington bomber was repelled by the board gunner. During the second attack, the Wellington released its bombs above the Wieringermeerpolder in an attempt to escape. The Wellington's starboard engines were disabled during the third attack, after which the burning aircraft crashed (at 22.27) in the Balgzand wadden region to the (south) east of De Kooy airfield. Two crew members managed to leave the plane with a parachute, but their bodies were later found ashore. The entire Polish crew was killed that day: