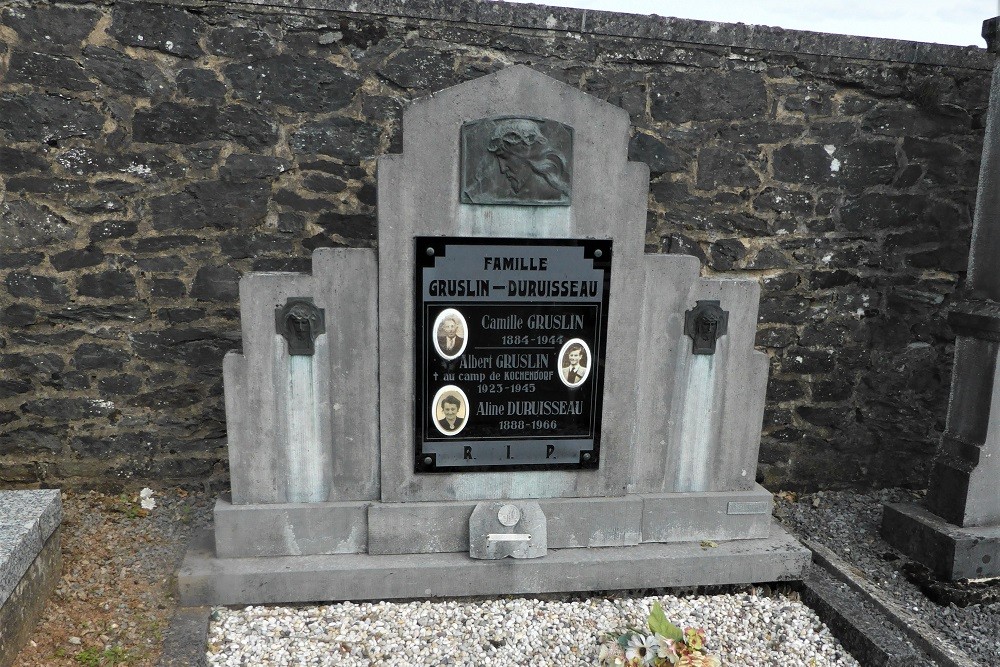 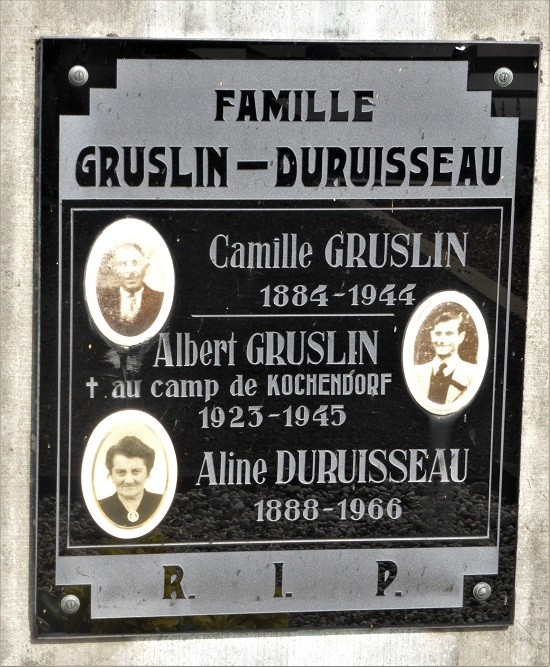 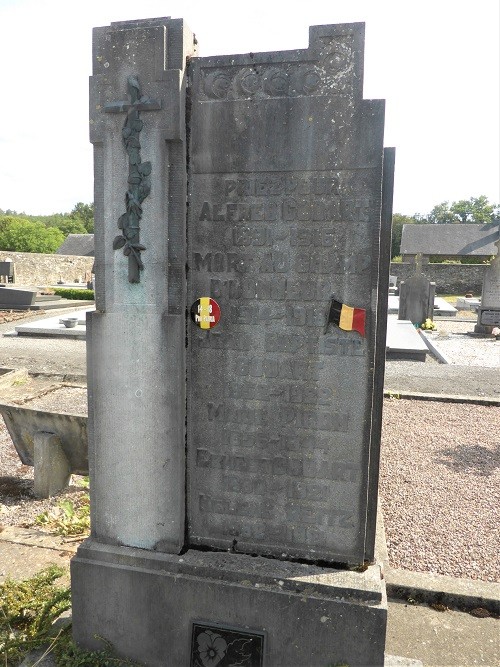 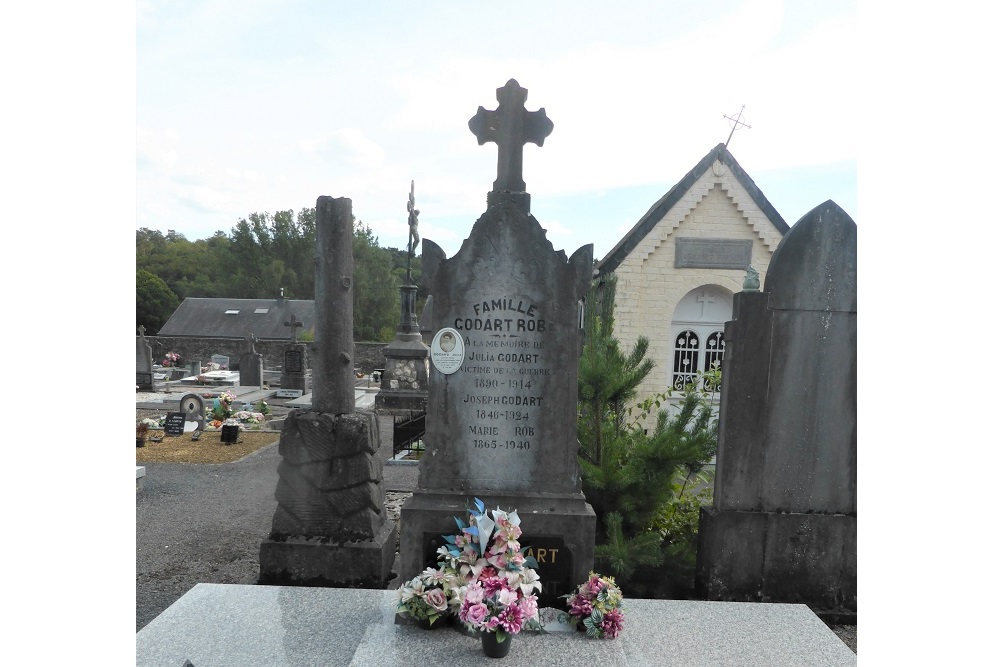 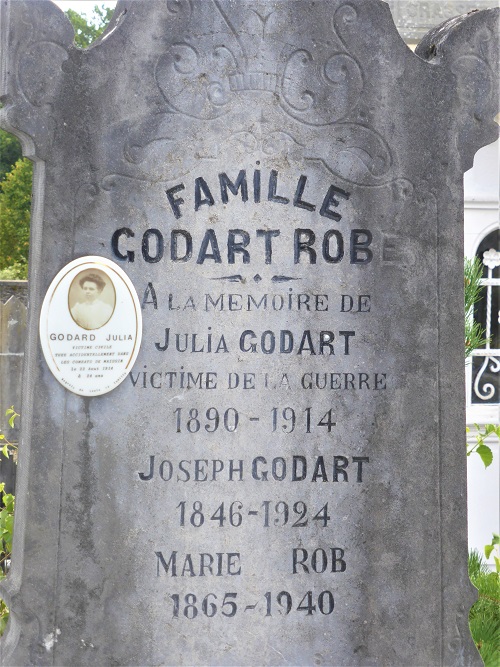 The municipal cemetery contains a Belgian war grave of both the first and the second world war.

Alfred GODART : "He died on the field of honor in 1918, was 25 years old then".
He was a soldier, 2nd class, 23rd line, 6th company.
He was hit by a bullet in the chest. He died in the ambulance on the way to the Océan hospital in Vinkem (West Flanders).

Albert GRUSLIN: died in deportation in the camp of Kochendorf in 1945, then 22 years old.

The municipal cemetery also contains the grave of a civilian victim.

In addition, there is a medallion with her photo:
"Civilian casualty
Killed accidentally in
the battle of Maissin
on August 22, 1914
was 24 years old "