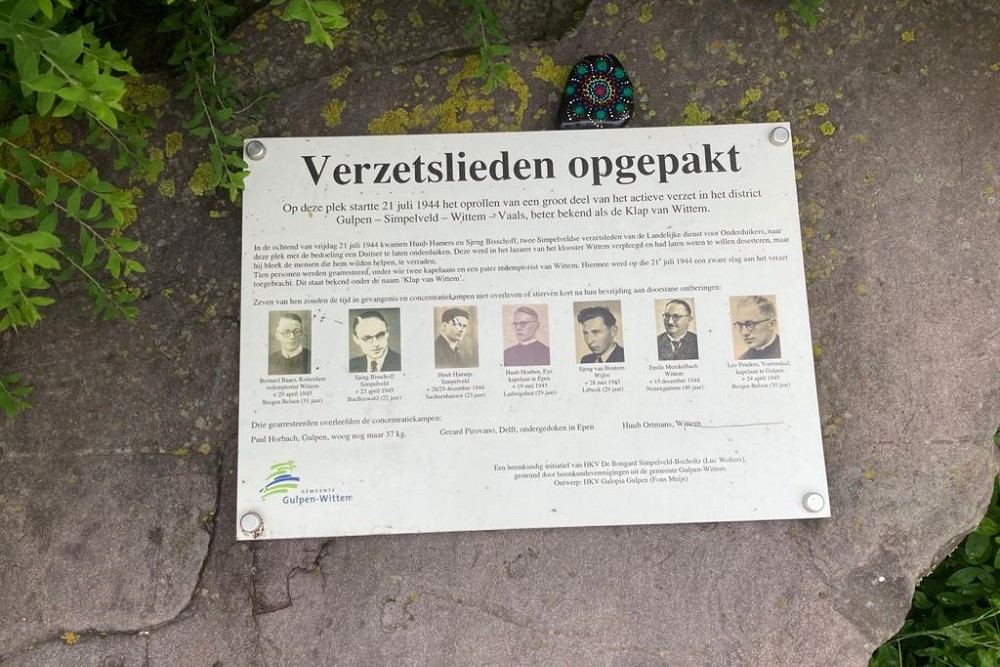 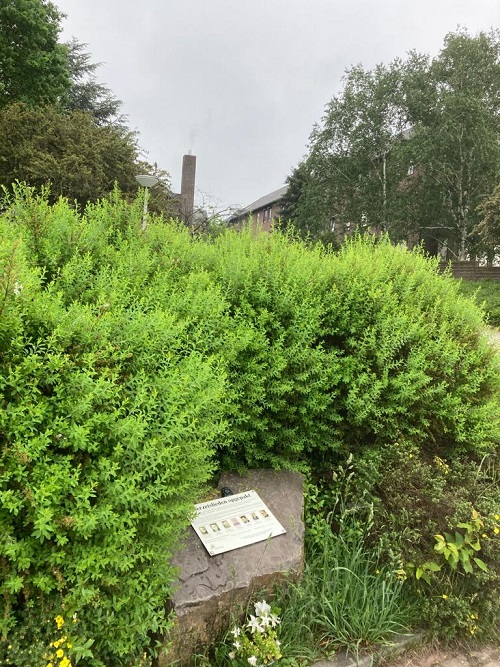 On July 21, 1944, two members of the LO resistance are arrested by the Germans on Gülcoolerweg while they are helping a German soldier to go into hiding. The German is being nursed in the hospital of the Wittem monastery and has indicated that he wishes to desert. However, this is a trap. More raids and arrests follow in Epen, Gulpen, Wittem, Simpelveld, Haanrade and Vaals.
Ten people are arrested. Chaplain Penders, chaplain Houben, Father Baars, Huub Hamers, Sjeng Bisschoff, Emile Merckelbach and Sjeng van Houtem died in concentration camps. Two persons, Paul Horbach and Huub Ortmans, survive the time in prison and concentration camps. The person in hiding Gerard Pirovano is also one of the survivors.
This event is called 'Slap of Wittem'.