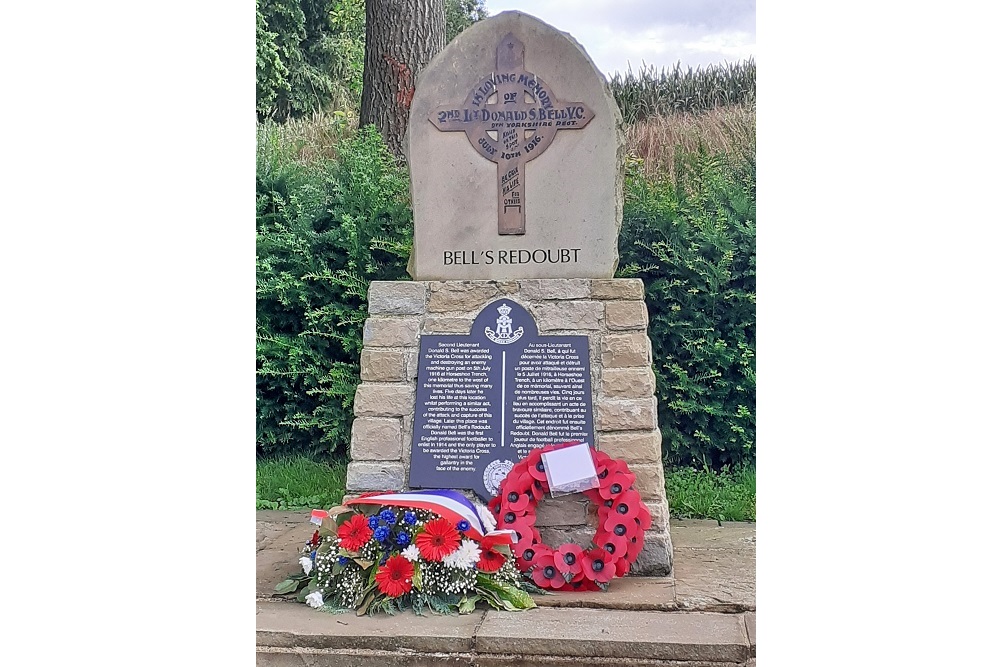 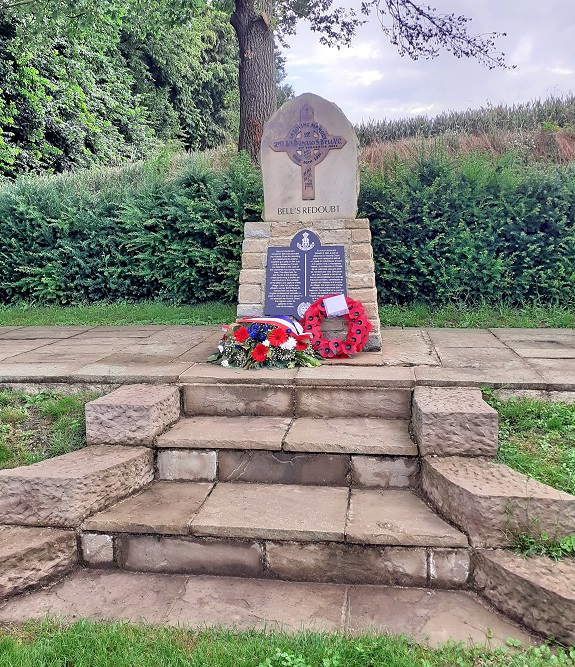 A memorial to Donald Simpson Bell. The memorial is located on Mametz road in Contalmaison and is close to where Donald Bell was originally buried.

During an attack, a very heavy enfilade fire (if a machine gun can shoot lengthwise into a trench. This is why trenches were dug in zig-zags) on the attacking company was opened by an enemy machine gun. 2nd Lt. Bell immediately and on his own initiative crawled into a communications trench and ran across open ground under very heavy fire and attacked the machine gun, firing at the gunner with his revolver and destroying the machine gun and its operators with hand grenades. This act of great courage saved many lives and ensured the success of the attack. Five days later, this very brave officer lost his life performing a similar act of bravery." Bell was shot in the head by a sniper on July 10, 1916, while attacking a machine gun post near the village of Contalmaison.