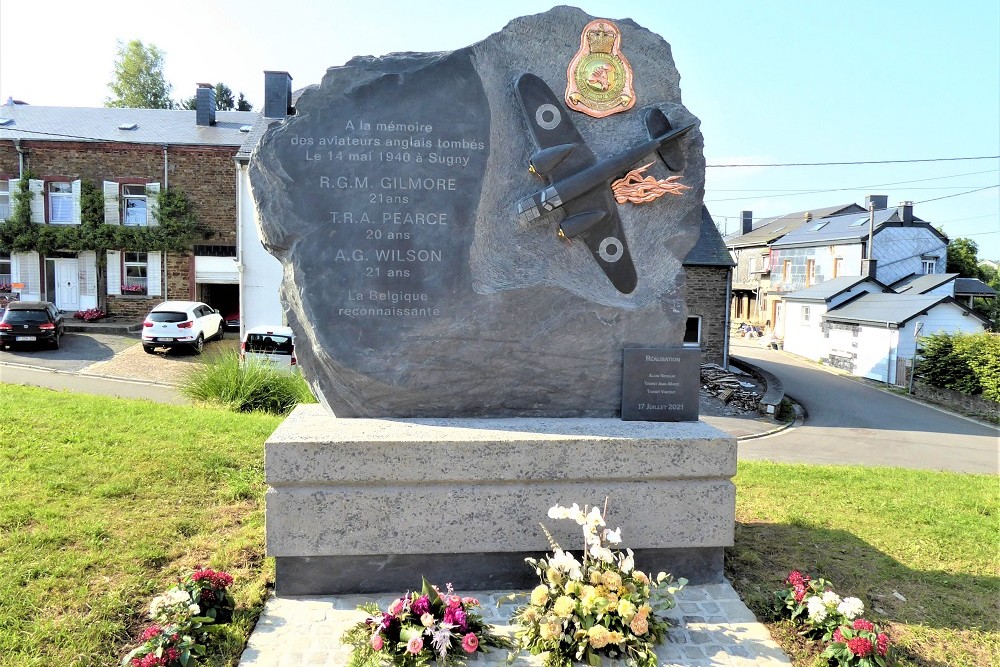 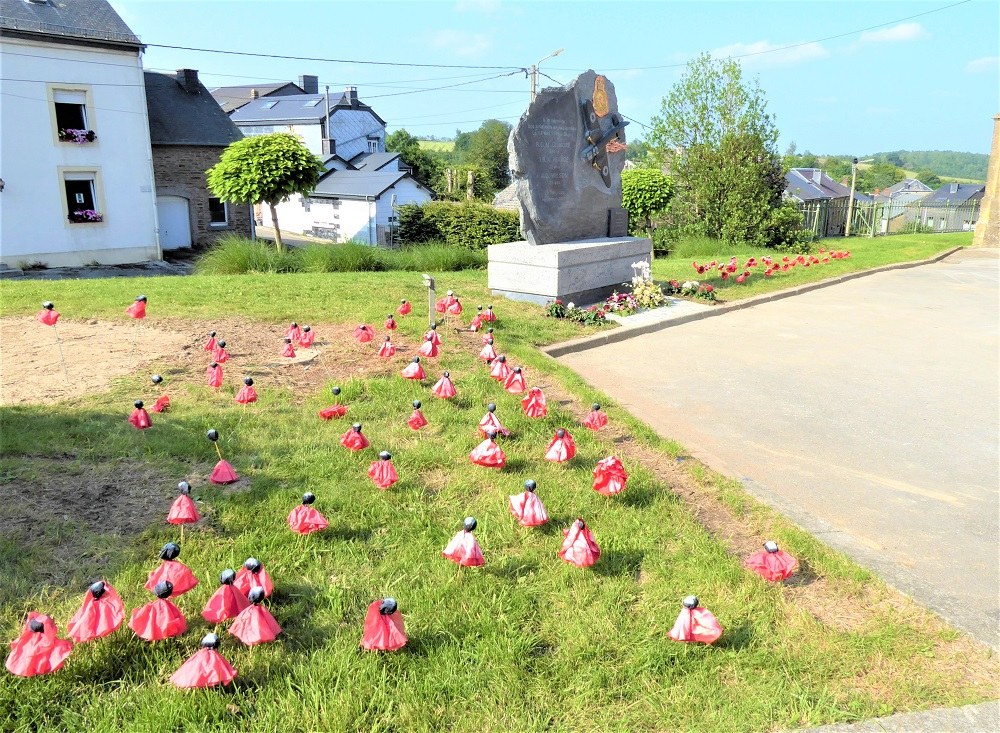 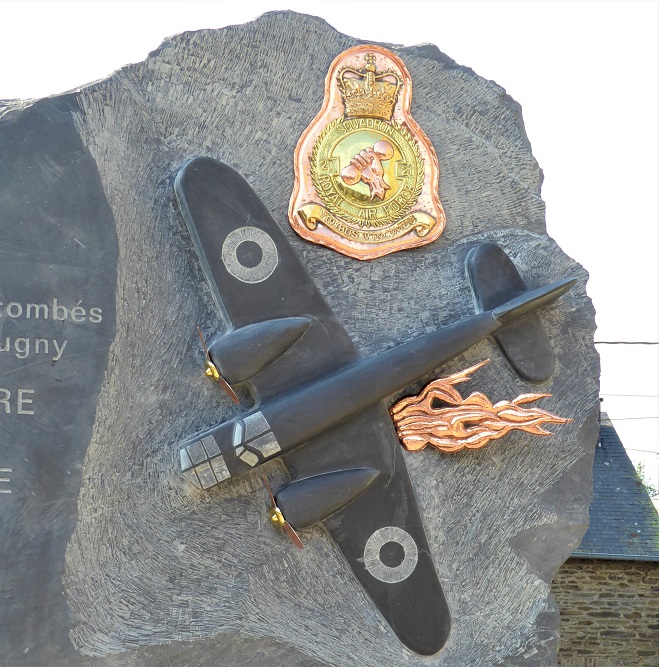 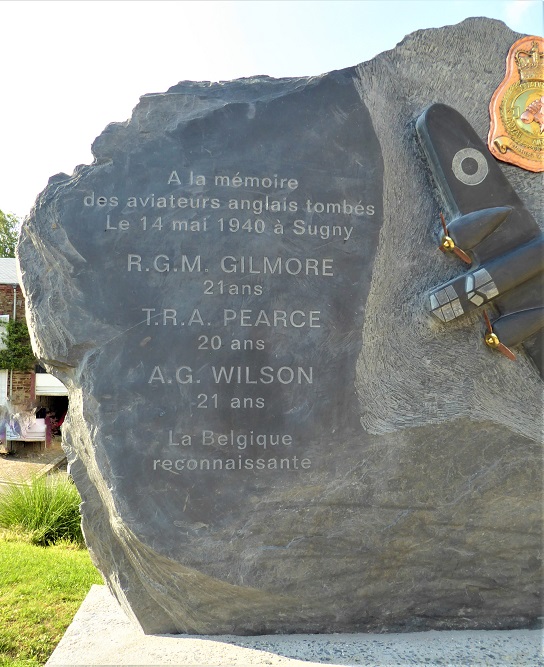 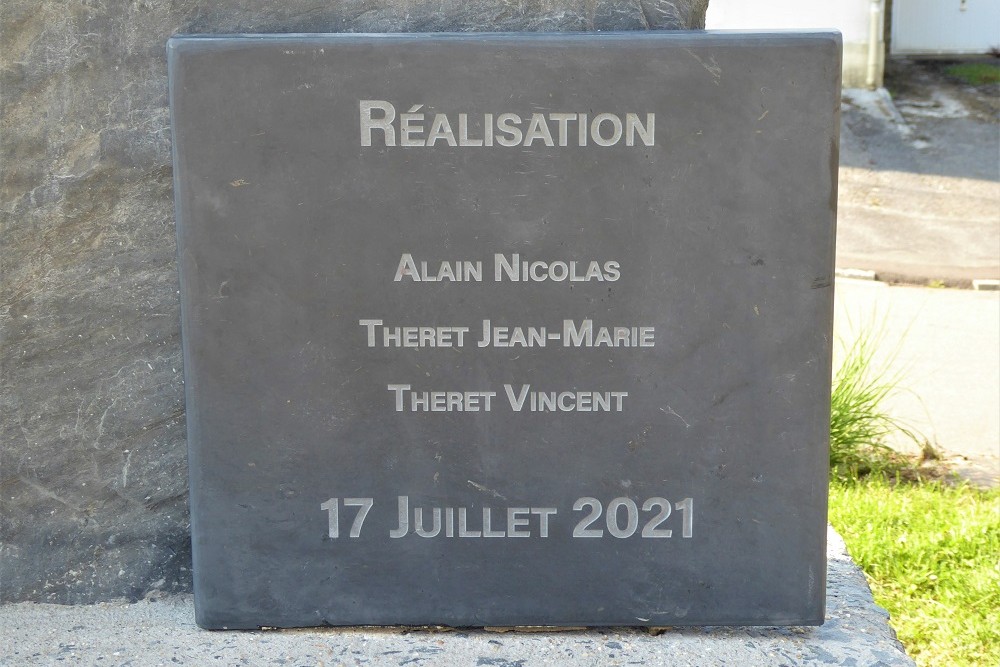 At the St. Martin Church in Sugny is a memorial stone for the British airplane de
"Blenheim L8742" which crashed on May 14, 1940.
It was initiated by Alain Nicolas, Theret Jean-Marie and Vincent, and the inauguration took place on 17 July 2021.

On 14 May 1940, a British plane crashed into the forests of Sugny after being shot down by the German army during the German invasion that ushered in World War II.
Robert Gilmore, Thomas Pearce and Alfred Wilson manned this flight.

On the memorial stone at the top right the insignia:
"Squadron 21  Royal Air Force"
Viribus Vincimus" (powers fail)
Underneath a burning crashing plane.