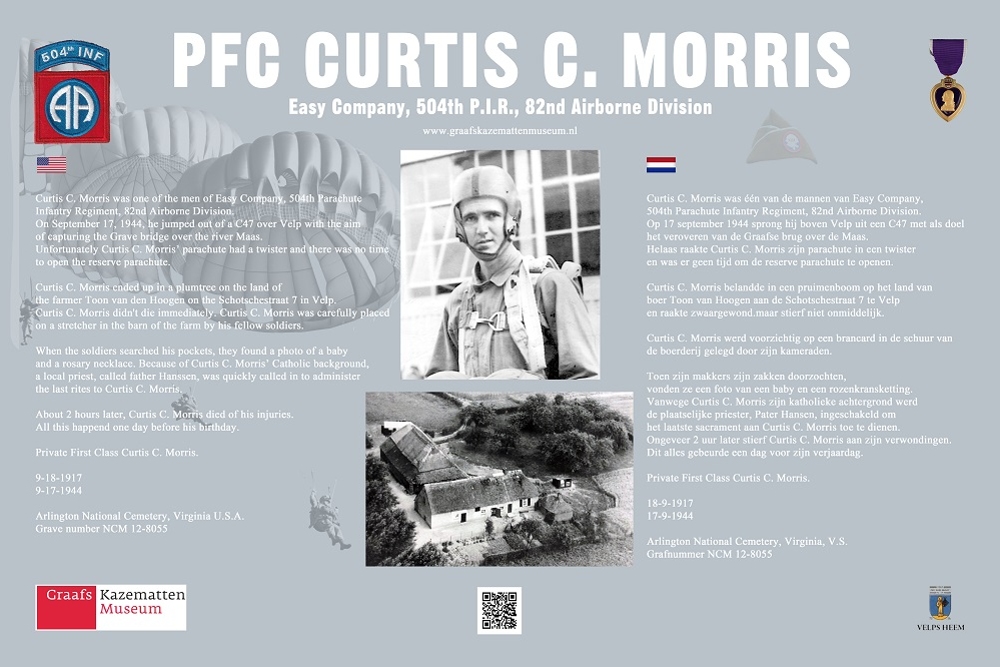 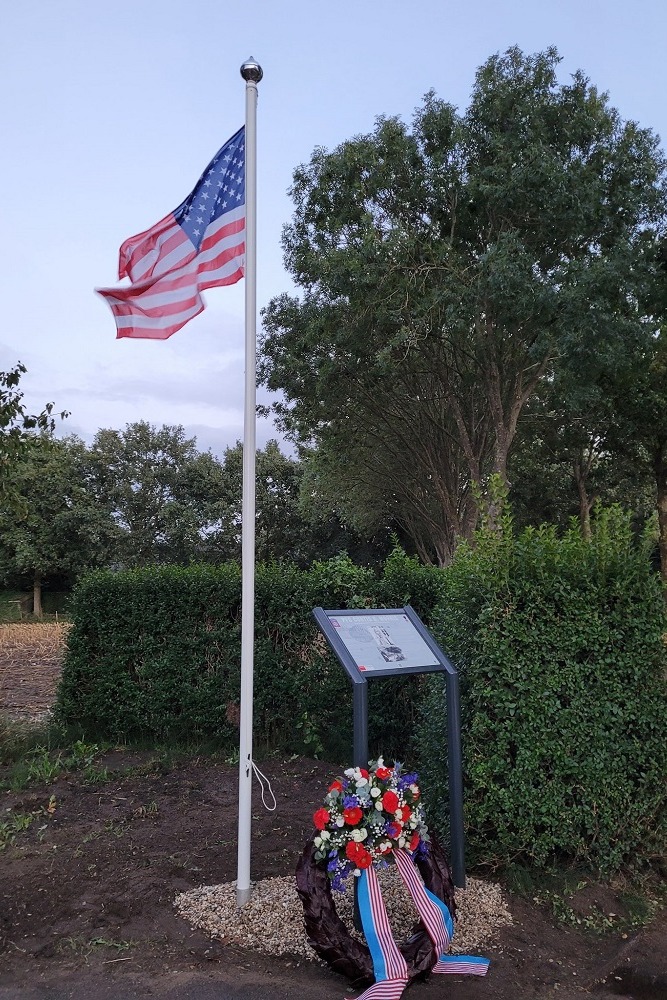 Curtis C. Morris was one of the men of Easy Company, 504th Parachute Infantry Regiment, 82nd Airborne Division. On September 17, 1944, he jumped out of a C47 over Velp with the aim of capturing the Grave bridge over the river Maas. Unfortunately Curtis C. Morris parachute had a twister and there was no time to open the reserve parachute. Curtis C. Morris ended up in a plumtree on the land of the farmer Toon van den Hoogen on the Schotschestraat 7 in Velp. Curtis C. Morris didn't die immediately. Curtis C. Morris was carefully placed on a stretcher in the barn of the farm by his fellow soldiers. When the soldiers searched his pockets, they found a photo of a baby and a rosary necklace. Because of Curtis C. Morris Catholic background, a local priest, called father Hanssen, was quickly called in to administer the last rites to Curtis C. Morris. About 2 hours later, Curtis C. Morris died of his injuries. All this happend one day before his birthday.