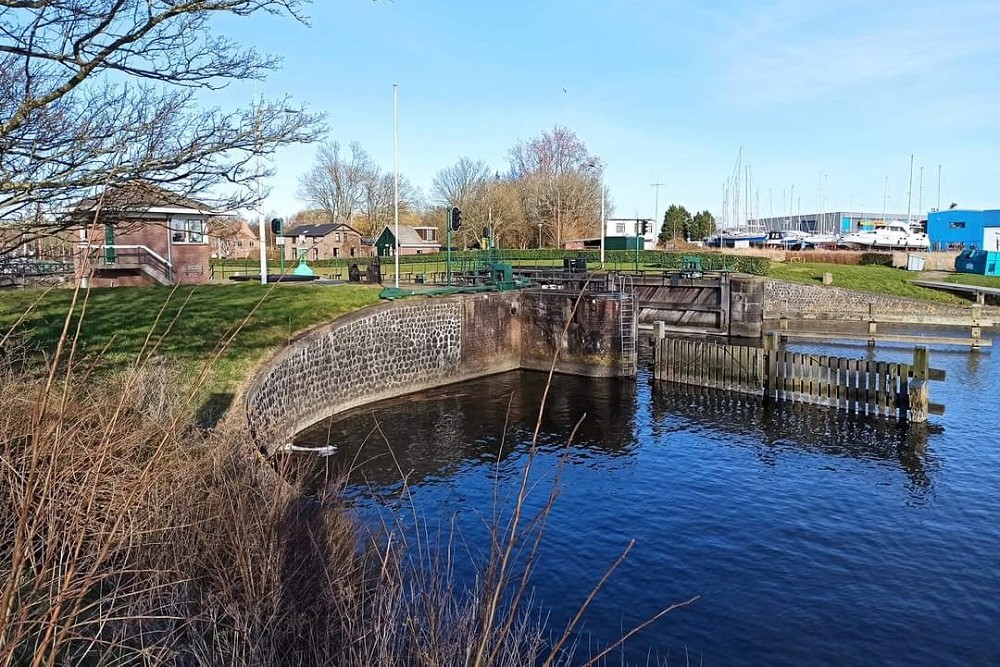 In the autumn of 1944, German mini submarines with the code name Biber were deployed from this lock against allied shipping on the Western Scheldt. The Biber was a one-man submarine with two torpedoes hanging from the side.
The English had meanwhile cleared the Western Scheldt of mines and there was intensive shipping from the English south coast to the port of Antwerp. The Bibers had little success. Probably only one freighter was torpedoed.
In December 1944 an accident happened. Something went wrong during the preparation of the Bibers and one or two torpedoes were launched and detonated just behind the lock. The havoc was great. After this, no more Bibers were deployed from Hellevoetsluis.