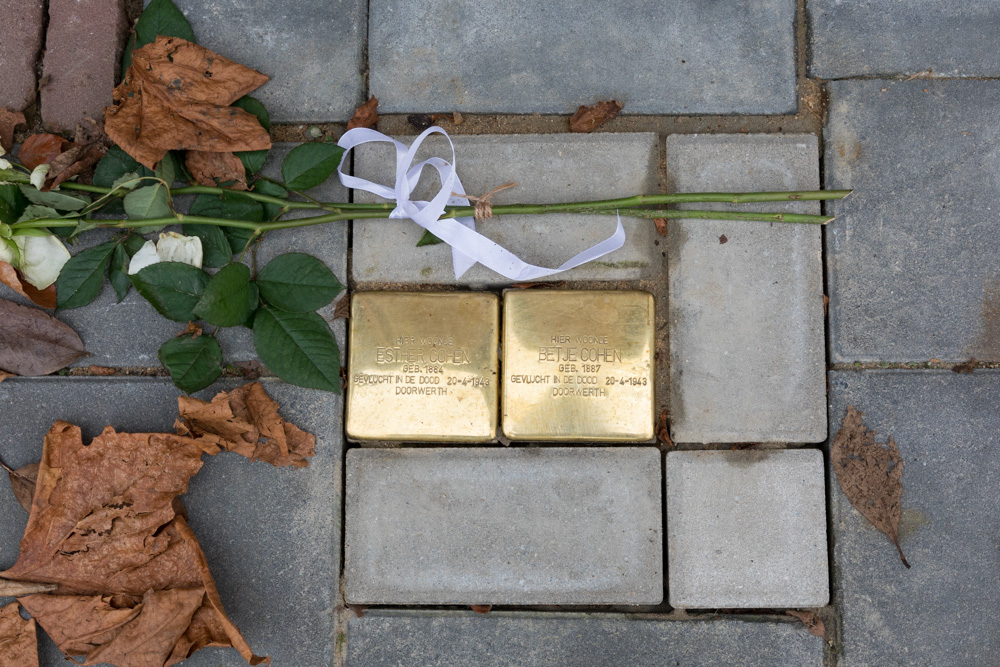 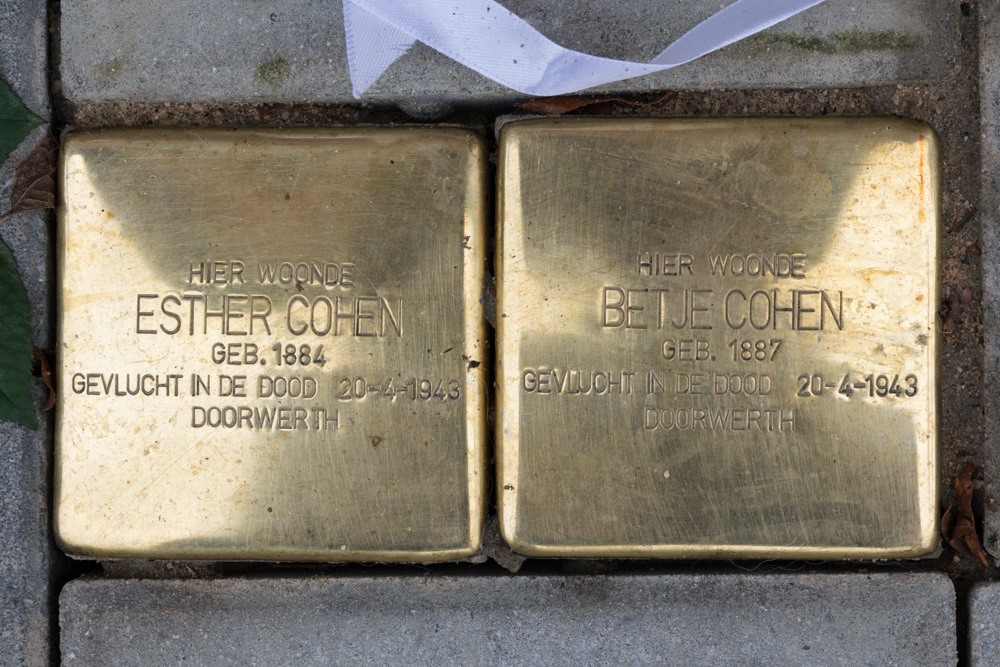 On November 3, 2022, 2 Stolpersteine ​​were laid here in Renkum for:
Esther Cohen
Betje Cohen

These Jewish sisters committed suicide on April 20, 1943, fearing the doom that awaited them, by jumping into the Rhine.

Borne was the first town in the Netherlands in which Stolpersteine were placed.
This happened on 29-11-2007.