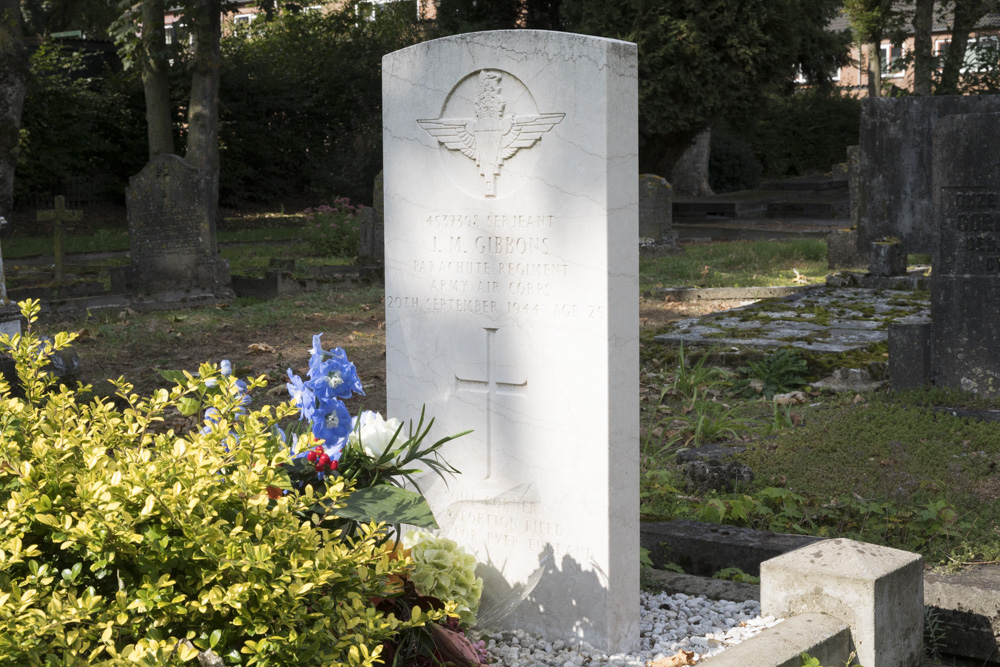 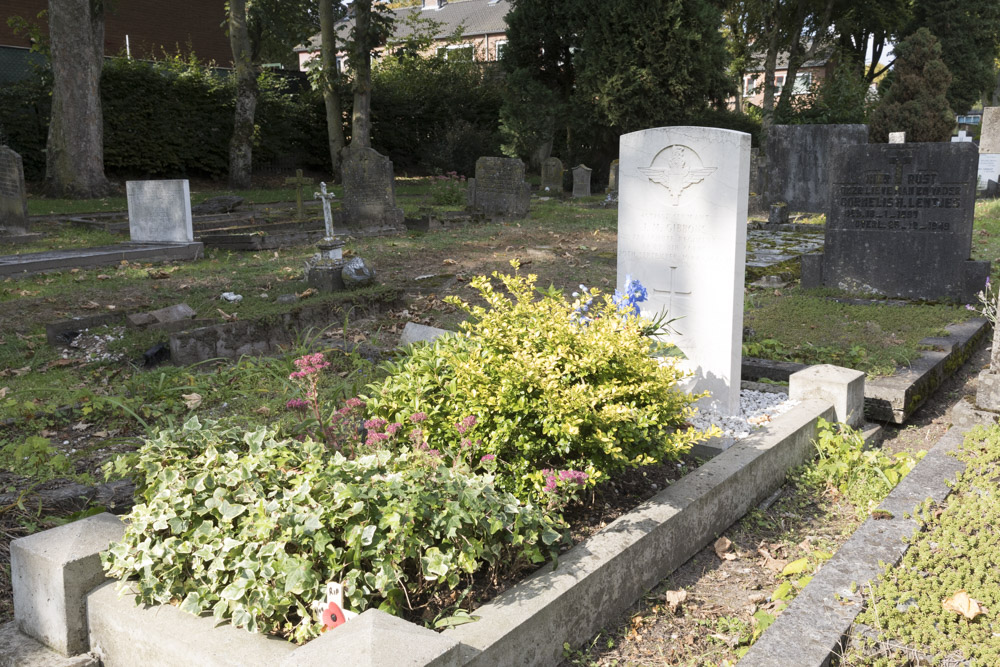 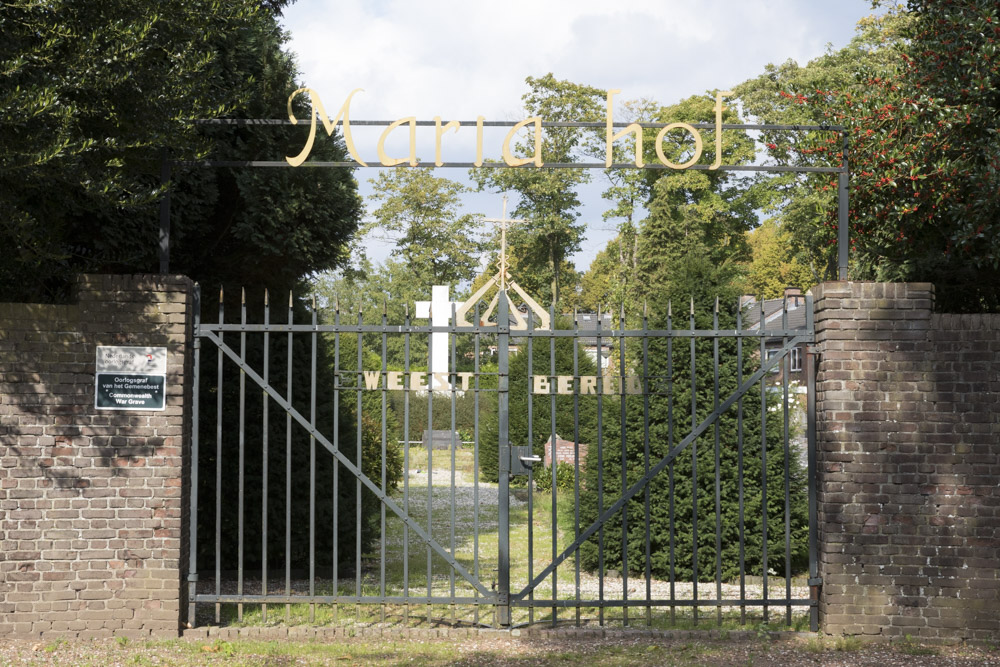 At the Roman Catholic Cemetery Mariahof in Renkum is one Commonwealth war grave.
This is the grave of: Serjeant James Michael Gibbons, 4537398.

James Michael Gibbons
1919 - died in the Municipality of Renkum, September 20, 1944
Son of James and Sarah Gibbons.
He was married to Dorothy Gibbons of Manchester.
Service Number 4537398,

In the evening of September 18, 1944 at 9 pm C-Company encountered heavy resistance near Mill Hill in Oosterbeek. It is withdrawn towards Wolfheze.
About where the A50 now crosses the railway line and the cycle path, on the 19th September 1944 at 03:30 am, they are there. In the morning at 5 a.m. the men of C-Compagnie are ordered to move to Lichtenbeek. However, at 07:00 C-Company and Sergeant Gibbons encountered heavy resistance near the Sportlaan on the current Papendal. They are held against it for hours. At 2 pm the 156 Battalion forms a base in the forest near Papendal. Orders are received to go to Hotel Wolfheze. C-Company with Sergeant Gibbons moving along the north side of the railway. At 4 pm they are at the tunnel under the railway. It is chaotic at the tunnel, heavy fighting takes place. They move on and at 7 pm they are at the intersection of the bicycle path and the Bilderberglaan. Here they stay during the night. C Company and Sergeant Gibbons, are attacked repeatedly during the night.

In the morning of September 20, 1944 at 07:00, orders are received to continue towards Hartenstein. C Company must join the rest of the 156 Battalion. The meeting point is the intersection of Wolfhezerweg and Utrechtseweg. At 8:00 AM, just before they arrive there, C-Company is heavily attacked. Sergeant Gibbons is seriously injured. It is reported by other paratroopers that Sergeant Gibbons was killed on the Sun Hill near the water tower. He is probably found seriously injured by members of the Air Defense Service. He is taken to Oranje Nassau's Oord to nurse his wounds.
The injuries are so severe that Sergeant Gibbons succumbs. It is possible that head nurse N.C. Rombout van Oranje Nassau's Oord writes about Sergeant Gibbons in her diary "War Days". Because in her detailed diary she only mentions one death on Wednesday 20 September. She writes about it: "A lot of German wounded came in, as well as Englishmen. One English paratrooper died very shortly after arrival, while another received a blood transfusion."

The local undertaker takes care of the late Sergeant James Gibbons. He finds among Gibbons his personal belongings a note with the wish that he wants to be buried in consecrated ground. The local undertaker ensures that his wish is granted. Sergeant James Gibbons is buried in the Roman Catholic cemetery Maria hof in Renkum on the Groeneweg. That is still his resting place. His grave was not cleared after the war to be reburied at the Airborne cemetery in Oosterbeek. His wish was also respected after the war to rest in consecrated ground.